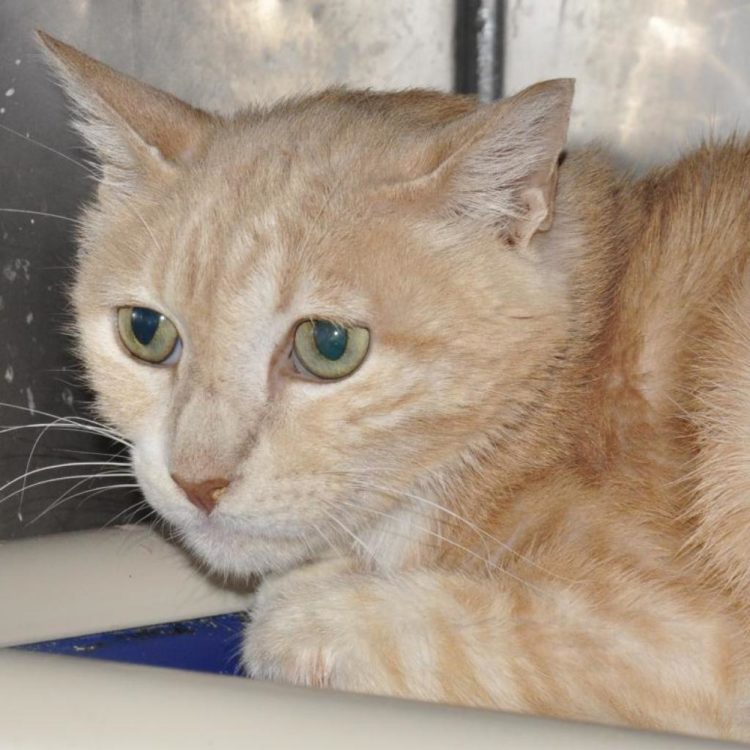 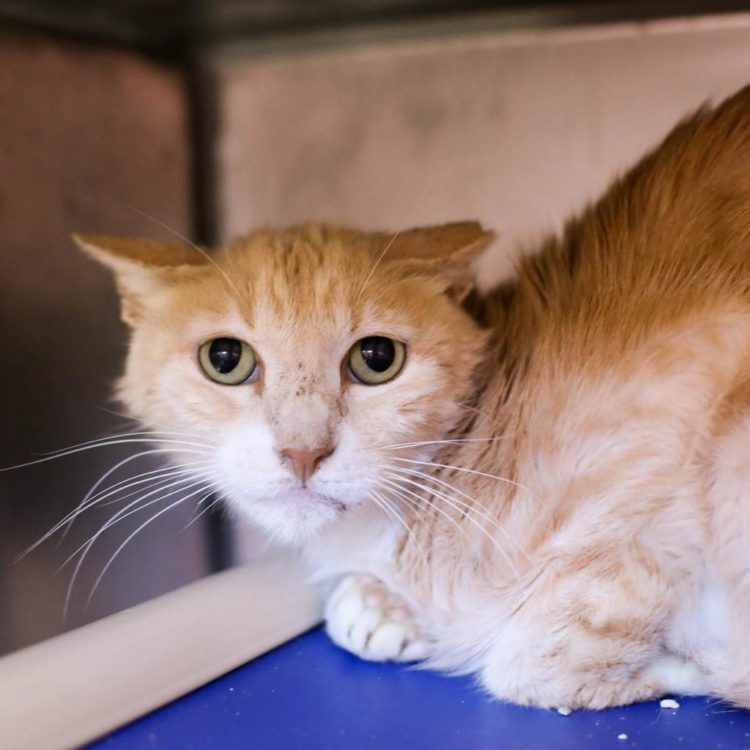 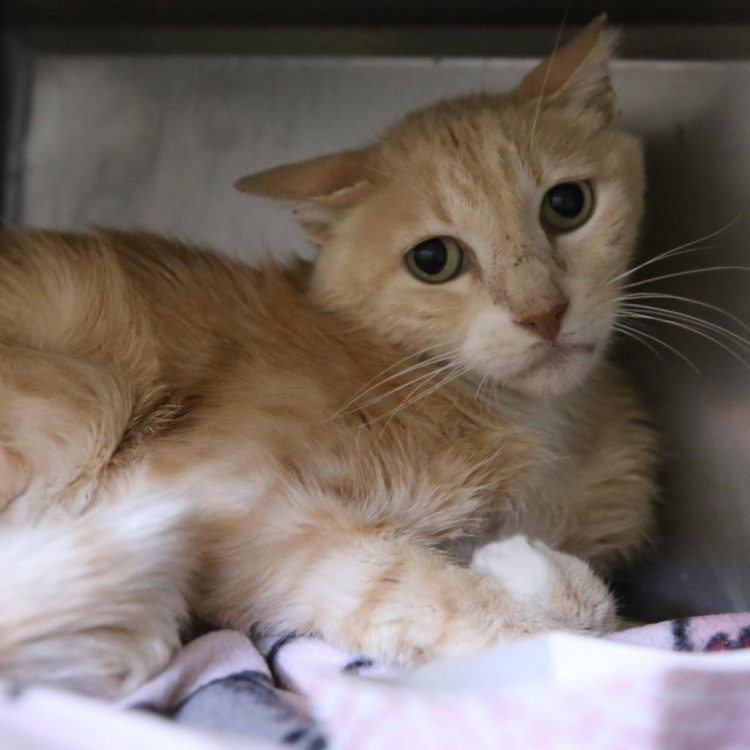 Salutations from Rand Race! Rand is a fairytale story waiting for his magical ending to be written.

Rand lived his former life as a barn kitty. He was charming and playful, but accustomed to living the outdoor life and mostly on his own. Once he came to APA! he entered an enchanted world where humans were friends, food was bountiful, and warm beds were aplenty. Rand Race was hesitant, "Is this too good to be true? Am I in a dream?" He approached his new human caretakers with caution, but quickly learned people are good! Since that day, he has enjoyed getting some good cheek scratches and head pets. Rand Race's favorite part about this new magical world is the FOOD. He will gobble up treats like it's a royal feast! We can see Rand Race easily bonding with someone who can encourage him with some yum-yums.

Rand Race is looking for a calm and low-energy castle to cozy up in. He enjoys the company of other cats, so another friendly kitty would help Rand Race feel more relaxed. He's great at managing his own day, so if you work outside the home, Rand Race will guard the fort while you're away. He's happy to spend his day reflecting on his new life, staring out in to the courtyard from a window high in his palace. Rand Race would prefer to be in an adult home. His personality has started to shine with gentle and relaxed encouragement from his human caretakers.

Help Rand Race live happily ever after! He will complete his Prince Charming transformation once he's in his forever castle. 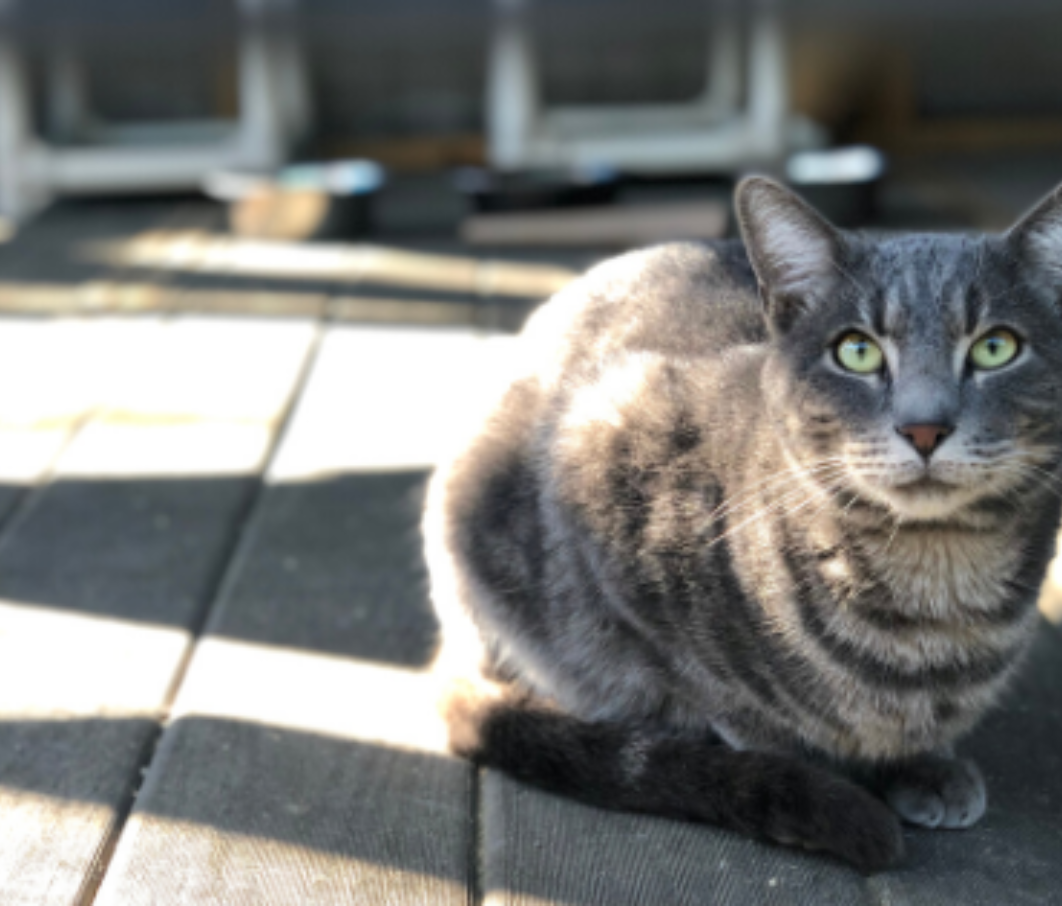