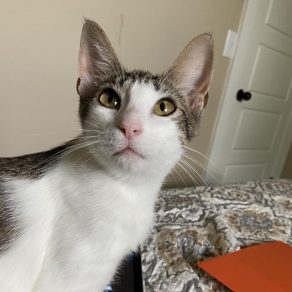 Naalehu needs a GPS to find a forever home. He made a wrong turn and somehow ended up at the shelter. He is such a delightful guy to hang out with. He has a sky high amount of affection to offer. He lies on his guardian's lap or head and stretches out for belly rubs. He twists and turns and acts silly that will melt one's heart. At night he will seep with his guardian and allow himself to be used as a teddy bear.

He is very friendly and plays gently with human hands. Hide a treat in your hand and watch him sniff it out. He bats around toys, balls, and makes just anything an object of fun. Be careful of your houseplants because he thinks they are a toy or something to chew; also ensure the plants are not poisonous if eaten.

Naalehu gets along crazy well with his litter mate and young kids. He has exposure to enthusiastic toddlers, but should be monitored in case the child intrudes too aggressively; he has scratched; but, usually when he has had enough he hides effectively for needed space. He then recovers quickly; and returns to search for a toy to bob around or someone to scratch his neck. It is unknown if he has exposure to dogs. His disposition is tolerant, so it may be possible that with slow and appropriate introductions he would do fine. He probably will react by backing away and at the same time watch carefully to figure out what this critter is.

If he finds himself alone in a room he may cry a little to get a human's attention. He is friendly and wants to be around people; or he may just be hungry.

Naalehu is still learning what is appropriate to scratch and what isn't. With scratching posts and consistent, gentle re-direction, HE will learn; just be patient, give HIM time, and be willing to work with HIM. Don't be afraid to feel a little silly by showing him the scratching posts and how he may work his paws on them.

Naalehu has tested positive for Feline Leukemia. FeLV is not a type of cancer. It's a virus that causes a weaker immune system and often a shorter life-span. For the most part, 'FeLVies' are just like any other cat. APA! waives the adoption fees of these cats, and provides FeLV-related treatment and support post-adoption. Naalehu can only live with other FeLV+ cats, but dogs and other animals are just fine! Any questions? We'd love to talk with you about FeLV care.

Naalehu would do well in a variety of family situations, be it a single human, or a family with kids. He will make a good house cat. He would also do well with another FeLV+ cat. Come and check this guy out.

All APA! cats are, spayed or neutered, and have updated vaccines and a microchip. Lifetime fully vetted support is offered by our Cat Behavior Team. 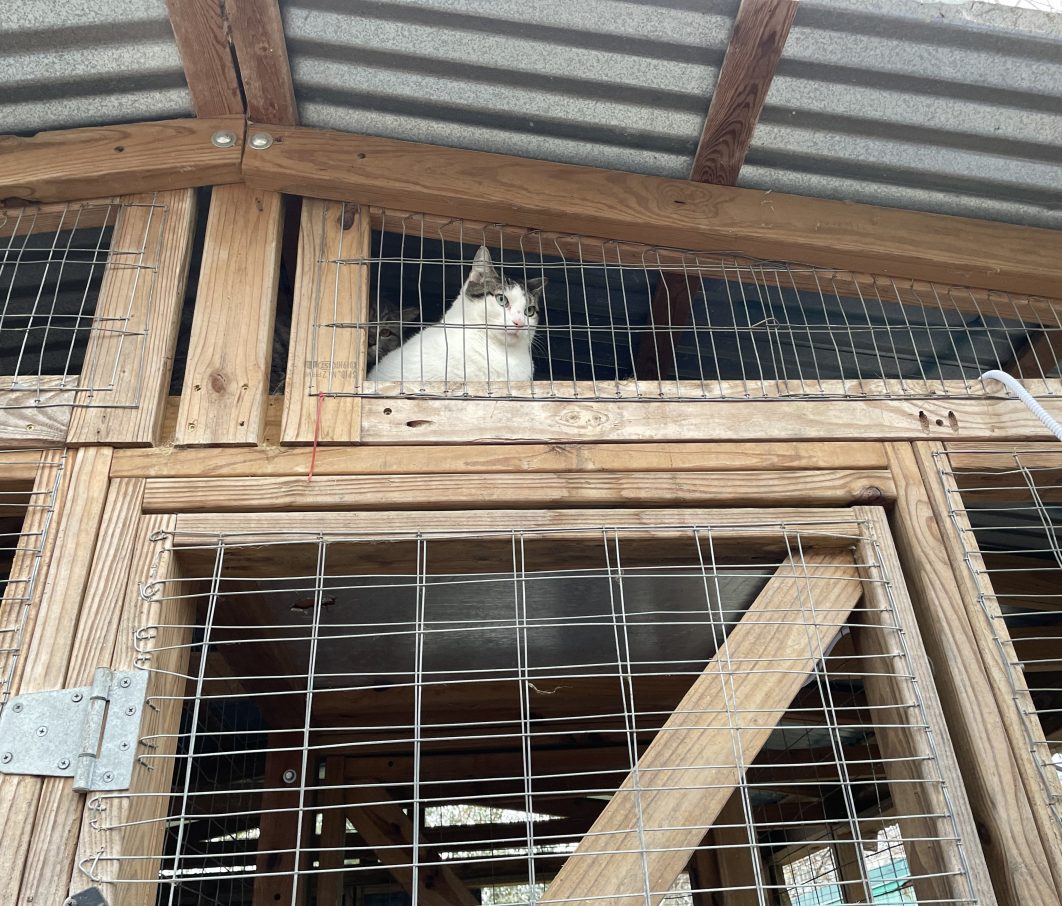