When Clinton first arrived at APA!, his coat was very sparse. Since the medical team figured out he has a chicken allergy and adjusted his diet accordingly, it's like he's a new dog! Not only does he look handsome, he's a happier dog now that he's feeling better!

"Clinton is almost a completely different dog from when he first arrived in our home. We're so glad to see his personality shine through now that we figured out why he was feeling crummy. We're also lucky to work alongside the behavior team to help Clinton be the best dog he can be! ~Kayla, foster parent

-Clinton is S-M-A-R-T! He quickly learned that his crate is his safe spot and prefers to hang there and has no issues being left home alone.

-Up for a game of fetch? Clinton pretty much always is! He loves to play with his toys, retrieve the ball and generally keep busy and active.

-Clinton is slowly expanding his sociability with other dogs and attends weekly foster day care where he gets to learn how to interact with dogs less awkwardly. He improves every week and may do well with another dog in the home.

Living in foster means APA! knows SO much about Clinton! The matchmakers would be thrilled to connect you with the experts-Clinton's fosters! 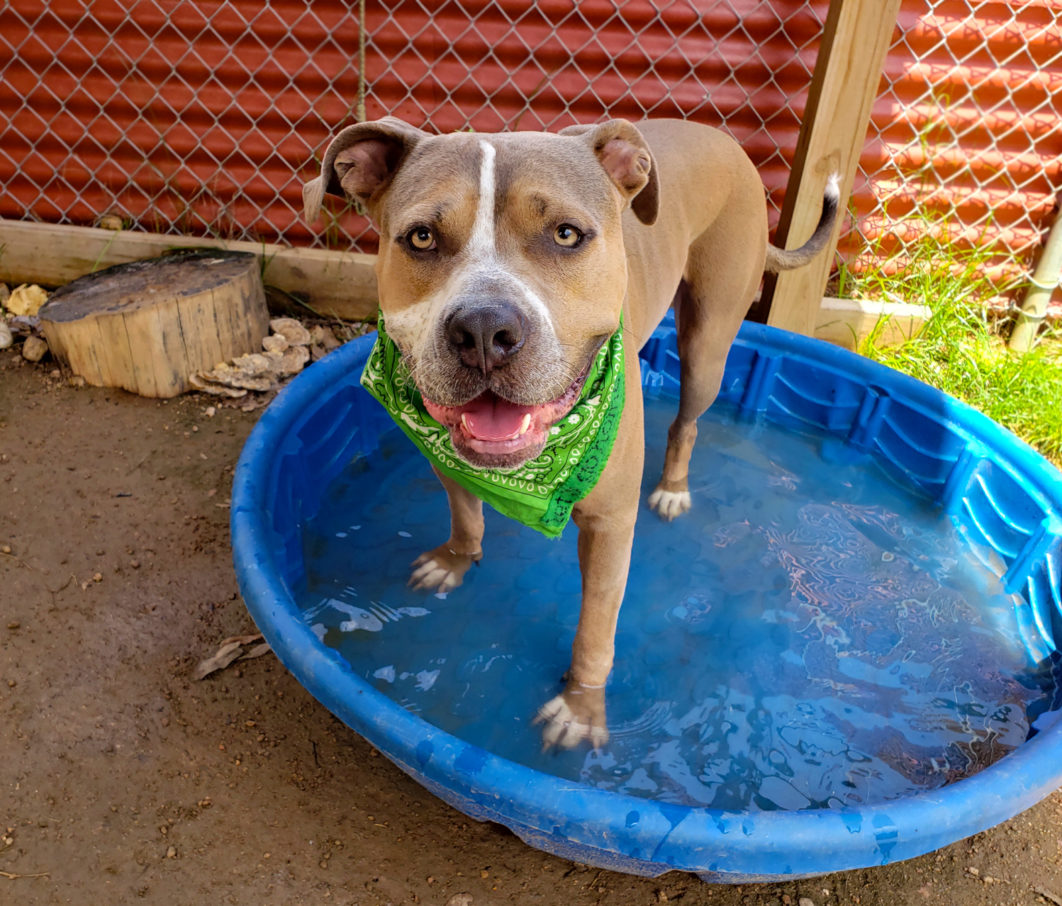