You must live within 40 miles of Town Lake Animal Center to adopt this dog. 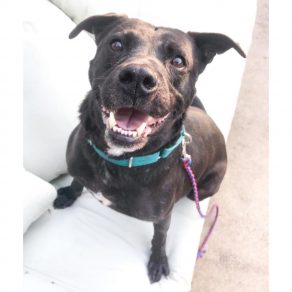 This calm and loyal lady has been described as "very-independent" by her foster mom. She is content to do her own thing and has an amazing story. Sally was pulled off of a euthanasia list by APA! less than 24 hours before her euthanasia appointment. Unfortunately this little lady was in the wrong place at the wrong time and had been chosen for euthanasia due to fact that she was a momma to several cute babies who had ended up at the shelter with her. APA! pulled Sally and her pups into a loving foster home to save their lives. Unfortunately, some of the puppies did not live, but Sally held tightly to her babies who made it. She was an amazing mother and they thrived with her nurture. All of her babies have since grown up and been adopted and only Sally is left of the family.
Sally always stays close to her person when out and about, and if another person comes up to them, she will sit politely. Sally is calm around other dogs and people. She'll allow pets and gently accept treats. Sally easily becomes a very loving and loyal companion. She shares her toys with her foster mom and likes to curl up on the couch next to her. Sally really adores her soft stuffed animals, which she does not and will not destroy. She likes to carry them around gently in her mouth and will bring them all up from downstairs so she has them in one place. Sally enjoys a little fetch from time to time, but with a ball, thank you. Sally is great on walks and she seems to accommodate whatever speed the human holding the leash is walking at. Sally does well left alone, is house and crate-trained and doesn't bark much in the house. She also has cute little ears, pretty brown eyes and comes in a nice, manageable size.
If you're looking for a quiet, calm companion, you won't find a better match than Sally. Come meet her! 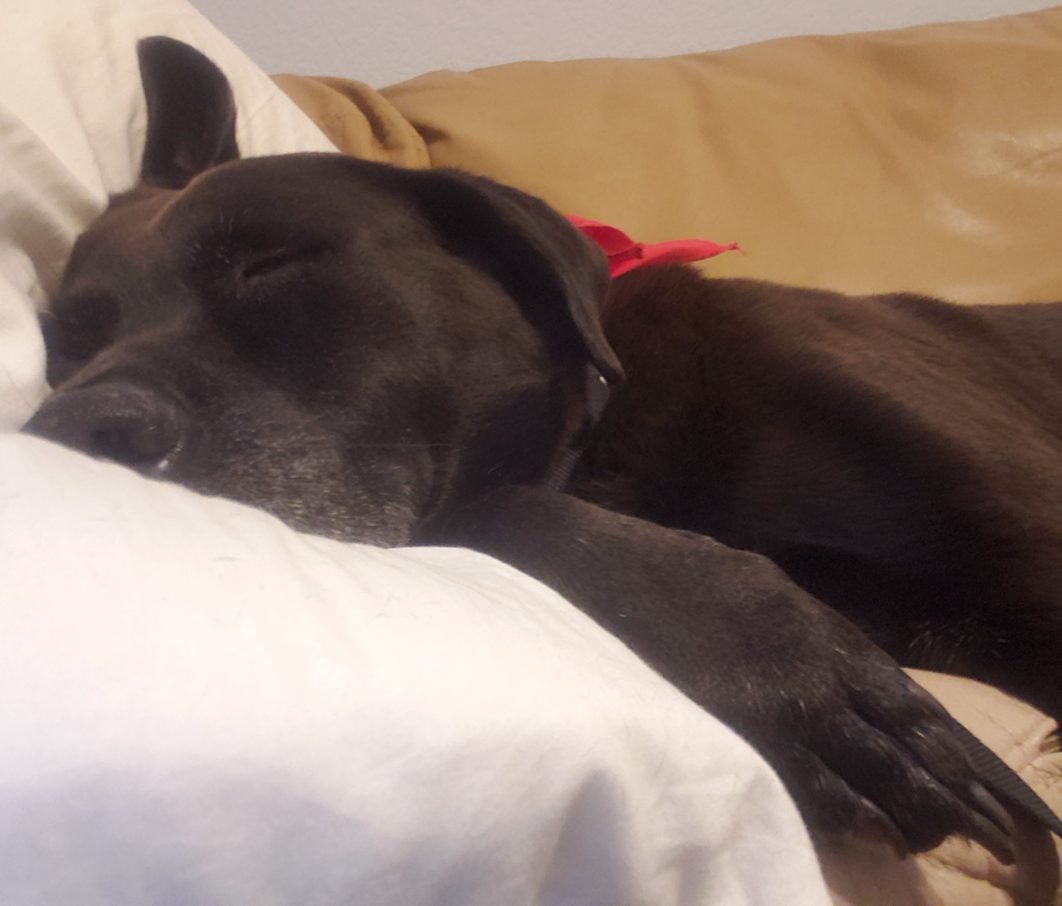