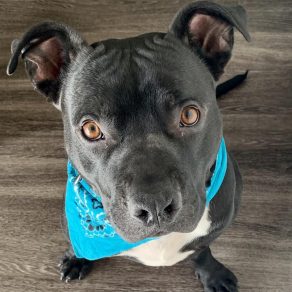 Brazos is very handsome, and has the sweetest eyes, a big soft head, and he's so photogenic! This active, curious, sweet, and goofy pup loves scratches on his body, and will sit close to his humans, but he also likes to respect your space, and will not be overly cuddly. He does well with new humans, is very respectful and keeps all four paws planted on the ground once you tell him "off. He is very quiet in the house and not a barker, unless he wants to alert you that someone is in the backyard or at the door.

Brazos has a back leg that was fractured and healed incorrectly. He doesn't complain about it or let it get him down, he loves his walks but does keep his leg lifted off the ground when at home, and he sometimes hops on his 3 legs. It doesn't seem to slow him down in the least. In fact, when it's feeding time, he will turn around in circles and hop - how cute is that!

He is very motivated by food and appears to be very receptive to training with food. He has learned "sit, "down, "stay (for a little bit), and will wait to be released to eat and at the door. He does not try to dart out the door when his humans are going in and out. He loves going on walks, but can get a little tired if going uphill (maybe because of his legs). He wants to be near his people all the time, is very curious with anything you are doing and wants to check it out but is passive about getting affection.

Brazos seems to have done well with children 12 and older. He tends to attach and follow one human, so providing frequent interaction with multiple people in the beginning is ideal, but he is calm and relaxed around all people, except for the occasional game of tug of war! He does seem to like certain pups, depending on the dog, he mostly seems to like medium to large dogs. He does well outside of a crate and seems to prefer free-roaming the house. He is mostly house-trained and would need a bit of continued training to perfect the art of house-training.

Brazos just LOVES to chew on balls and prefers that to be a solo activity for himself. He is very strong and would need heavy duty toys. He is Heartworm positive, but all that means is that he will need a few weeks rest while he gets treated at APA!'s expense, and then he will be as good as new!


Ideally, he would do well with another well-matched pup friend that enjoys playing, and also with a family who can patiently correct some of his manners. Overall, he is the sweetest and gentlest boy, and would make a great companion for a family. He would also be happy with a home that has older kids and adults who can establish boundaries for him initially and continue his training. This super loyal pup is waiting for you to come scratch his soft head! 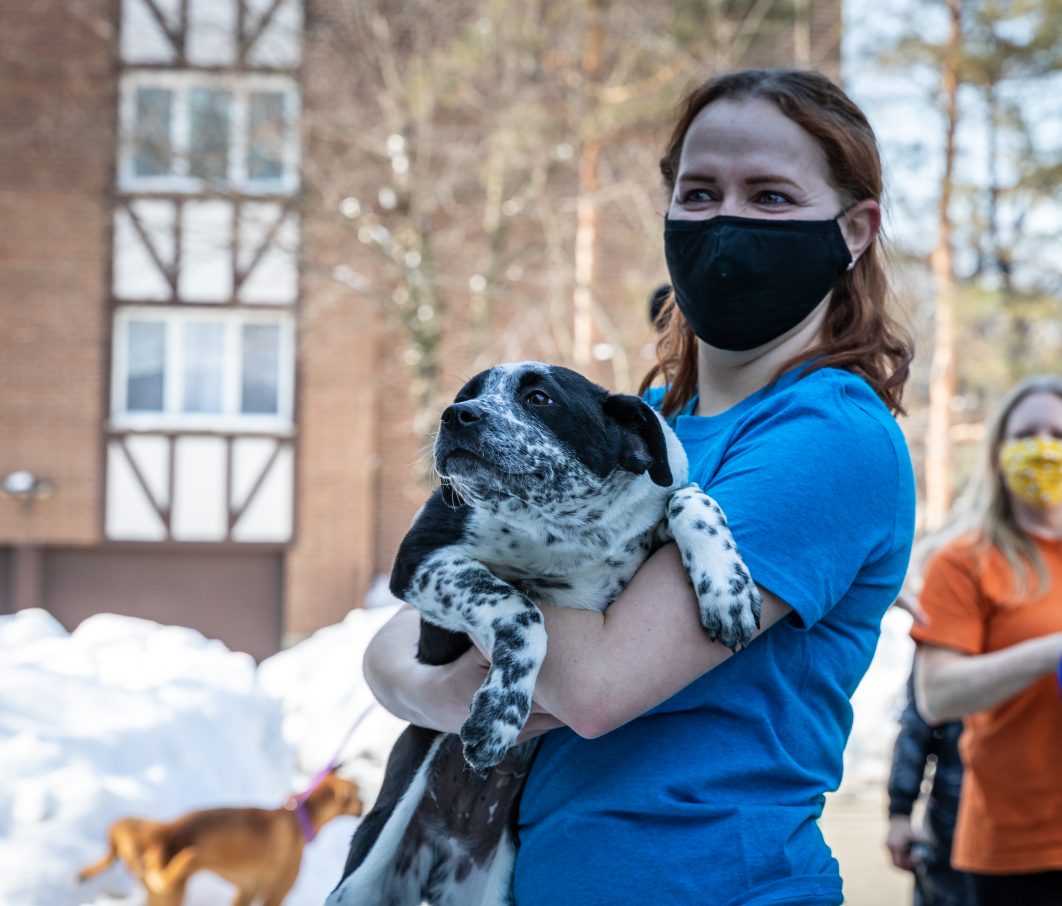 In the aftermath of Winter Storm Uri, thousands of Texas pets entered shelters. Many of these pets are now at risk of euthanasia in shelters that are already full or lack the resources to help them. A...