The APA! Cat Program recently held a Volunteer Appreciation party where we got to celebrate all the amazing things we're accomplishing this year, as well as finally get to meet the hundreds of people we work with on a daily basis but may never actually SEE in person. Prior to the party, we held online voting to award special volunteers for their accomplishments in 2010, and we also awarded three special kitties... 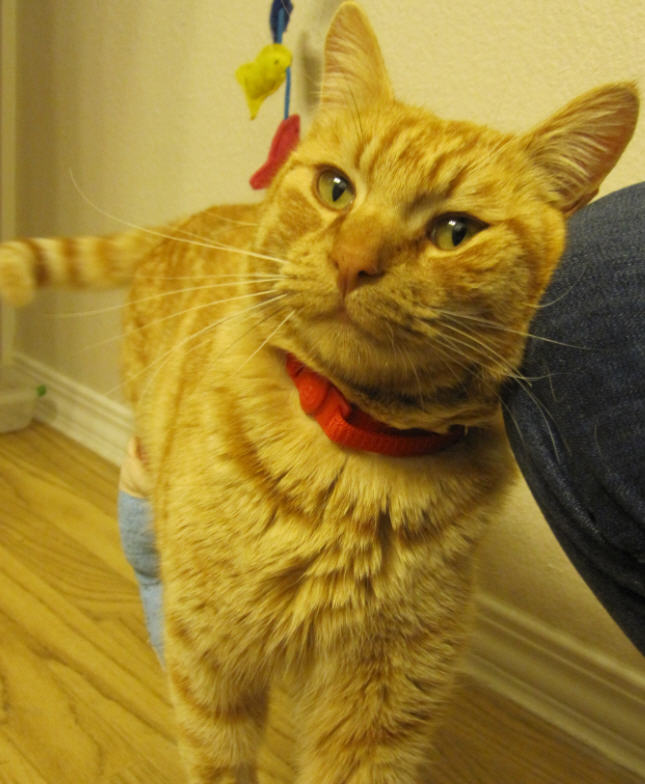 Cat of the Year: Biggie -  He was an owner surrender to the shelter and was rescued by APA! on March 22. He was left in the overnight drop box with an extremely infected gunshot wound to his rear right leg. Many donations contributed to his surgeries, first to place a pin to save his leg, and then to amputate when those efforts failed. Biggie has a loving way about him, and he doesn't seem to know he has just 3 legs. He still jumps and races around like any great cat should. He's resilient, just like you'd expect a cat named "Biggie" to be. Biggie is available for adoption. 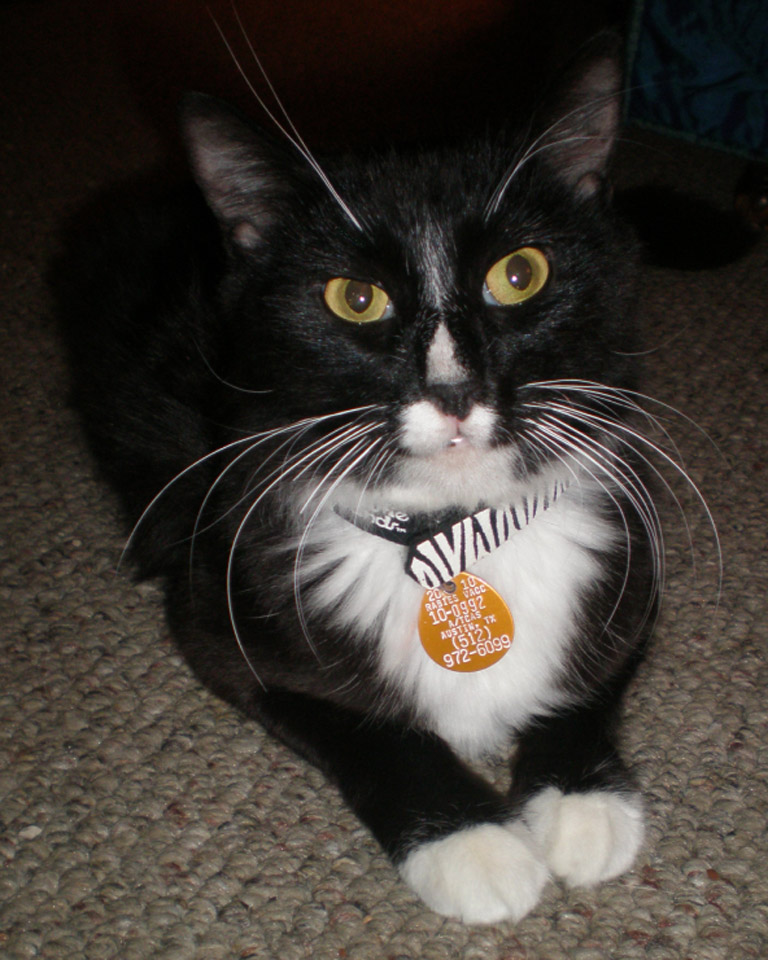 Mom Cat of the Year: Liana - Liana was a found stray taken to the shelter and rescued by APA! on January 30. She had a surprise for us...she was pregnant! Nine days later she had her litter of kittens in foster care, all of which have been adopted. Liana wasn't finished being a mom, though. Over the next several months, she nursed orphaned bottle babies, and in total groomed, loved & socialized 32 kittens! Needless to say, Liana is great with kittens and other cats, and gets along with dogs, too. She's laid back and in control...never losing her patience with the kitties like a good mom. Liana is one of the first residents in our new APA! Cat Building, and one of the first to test out our new cat enclosures. Luckily, she found her forever home recently to the same family that adopted one of her own kittens, Rodrigo (now named Max), in April. We hope that the reunion with her baby went well, and we're so happy she found her forever home. 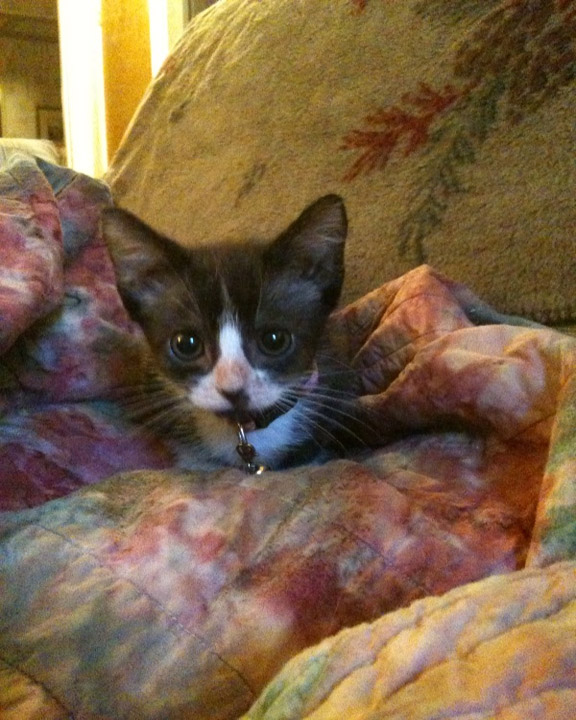 Kitten of the Year: Arizona - Arizona was rescued by APA! when she was just two weeks old; however, she was so emaciated she weighed the equivalent of a 7 day old kitten. In foster care, she was force-fed and fattened up, but it was often touch-&-go. Arizona rallied, and many of our blog readers followed her journey. Arizona was adopted on July 8th and her new family reports that she is spunky and growing by leaps & bounds. Her new name is "Tinker."

All of the awarded kitties have their framed photos on display at the APA! building at 2807 Manchaca Road near Lamar. Congratulations, kitties!