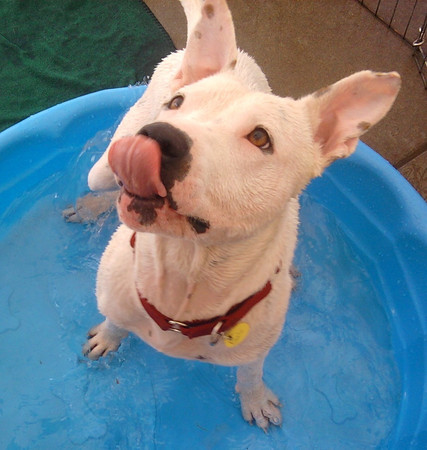 Who better to know the secret hidden gems at Austin Pets Alive! than the volunteers who spend time with them every day?

Each month, we’ll be polling our volunteers for their favorite “Underdog”. These are dogs that potential adopters are overlooking, and yet are our volunteers' favorites (shh... don't tell the others!).  And now you're getting let in on the secret.

And for our inaugural dog, it was a landslide - Gus!

Now Gus needs your help! Our "Underdogs" are too special to have to watch all of their other doggie friends get adopted around them every day, and Gus is no exception.  We couldn't believe it when we realized Gus has been with us since March.  It is a testament to Gus' spirit that he still every day puts on his best show for all the people that pass him by at the adoption sites every day.

Look over and you'll see his little nose poking through the pen, saying - "Wait, come back!  I'm over here - please notice me???"  He'll be sitting all the while wagging his tail and giving you his best "Gus Eyes" - being such a good boy, patiently hoping you'll come back and tell him this time he gets to be the one to go to his very own forever home. So let's make that happen for Gus today!

Watch his video (HINT: his tail doesn't stop wagging the whole time) and read what APA! volunteers say about him below - you'll see why we're crazy about Gus!

Here's just a little bit of what has made Gus a volunteer favorite:


Gus is the happiest dog in the world! And he's got the enormous smile and wiggly enthusiasm to prove it!

Did you ask him to sit? He'll totally do that! Lay down? Got it! Come? He's there! Go for a walk? Aw yeah!!! Not only will this adorable dog do anything you ask him to, he learns new things in about a minute flat and does them with gusto. Gus doesn't just lay down when you ask him, he gets his body in position as fast as is caninely possible. He manages to turn basic doggie commands into one of the most endearing displays you've ever seen.

Gus' spirit and literally radiating happiness are all the more amazing because he came to us in such rough shape. He was emaciated and covered in Demodex mange that had caused the poor boy to lose all of his hair. But Gus didn't let that slow him down for a second! He also came to us tail wagging, grinning from ear to ear just to be getting some positive attention. Not only that, but he recovered miraculously fast. He's like a super dog! In just a few short weeks, he's covered in adorably speckled fur from head to toe and has fattened up enough to take on 6 miles a day at our trail site!

Gus is fantastic with other pets and people of all shapes and sizes. At his foster home, Gus has been playing with two Chihuahas, a rabbit, a cat, and kids from the ages of 6 months to 15 years! He's been having a blast with his foster family...swimming, running, playing fetch, going on car rides, going to soccer games and team parties, and snuggling on his down time!

He brings nothing but love, affection, and positivity to everyone he meets. The person who takes Gus home is going to have a lot more smiles in their life. With Gus around, it's impossible not to just feel happy!

Read what just a few of our volunteers have to say about Gus:

"Oh Gus. How do you not love that face? Gus LOVES EVERYTHING! He loves every person, every treat, every kind of animal, toy, whatever. He's so excited to just do anything. He's one of the best dogs and I think he must just be holding out for the best people."
-Ariana Gum, APA! Adoption Counselor

"Gus gives you "Gus Eyes" when you are ready to leave. It's so hard to leave him there. I would take Gus home in a minute if I could. When he was in foster for 2 weeks, I was happy for him, but I went through major Gus withdrawal."
-Brad Beam, APA! Behavior and Enrichment Team Volunteer 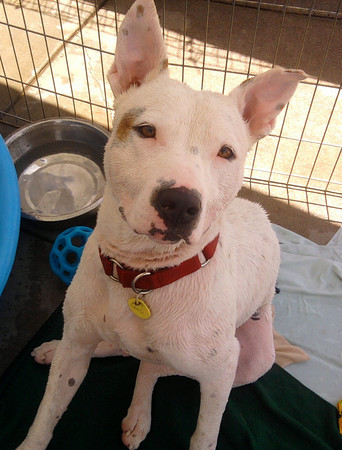 "Gus was the most amazing pup to foster. I live with my mom & two younger sisters, and Gus loved the two weeks with us going to soccer games, team parties, swimming, running, snuggling, fetch, car rides... anything the ultimate dog would enjoy doing. We have cats, rabbits, and small dogs too and Gus got along with all of them. Gus is the sweetest most perfect dog, who I can only hope can find his first real family!"
-Amira Miller, APA! Foster 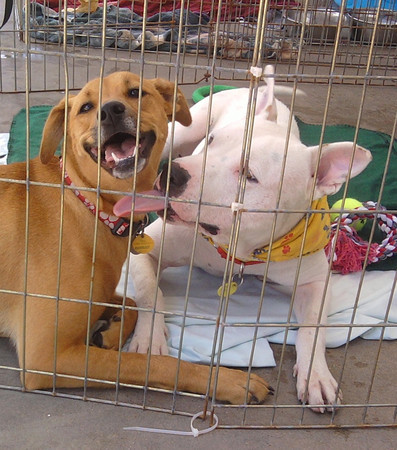 "Gus is one of my favorite dogs ever to come through APA!. He is such a happy, goofy boy and so much fun to be around. It's impossible not to smile when you hang out with him. Everything he does, he does with enthusiasm, whether it's playing in the water or showing off all the commands he knows. As much as we all want him to get to stay in a foster home, we were literally all texting back and forth, "Gus is back!!!" when he came back out to site. I think we all run up to greet him with the same goofy enthusiasm that he greets us with."
-Amy Fitzsimmons, APA! Healthy Dogs, Healthy Pets Program Coordinator 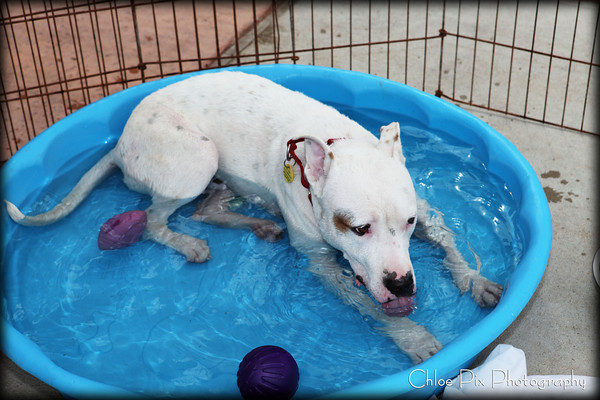 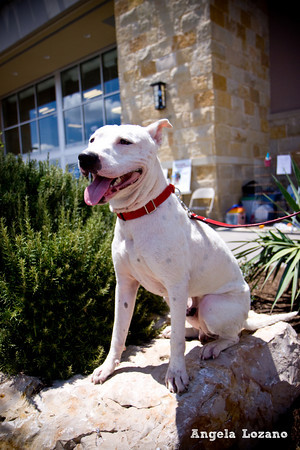 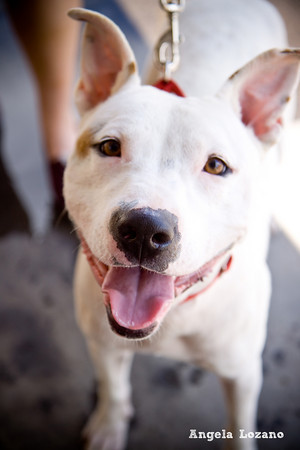 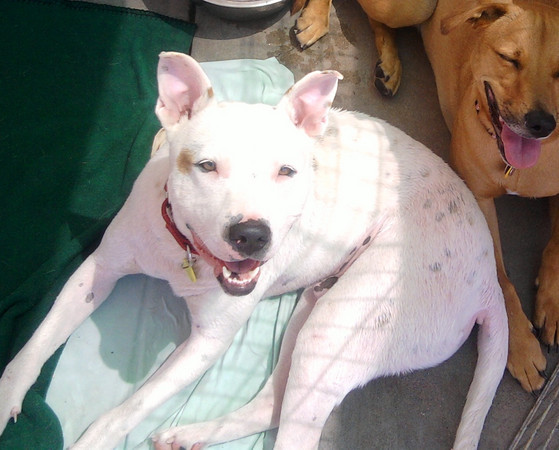