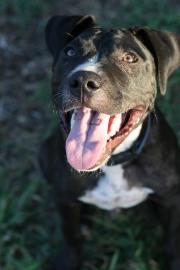 There is nothing better than some Artie snuggles!  It's a proven fact.  The same goes for Artie smiles, smooches, gangly puppy leg saunter, doggie sleep talking, play time, & pretty much anything Artie related that you can think of.  This is a dog volunteers compete to hang out with.  His cuteness stops people in their tracks and causes uncontrollable gushing about what an awesome dog he is.

It also causes some confusion as to why he's been with us for so long.  The staff & volunteers of APA! have noticed an adoption phenomenon that is really a pretty big bummer.  See, most roly poly puppies get adopted almost as soon as they arrive.  The words long-stay puppy don't exist in our vocabulary...except when it comes to our black pittie boys. 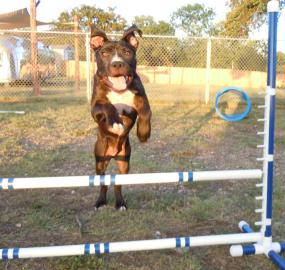 Anyone who's been at APA! for more than a few months could list these pups off for you.  Starting all the way back with twin brothers, Pluto & Archi, who watched all of their littermates go home almost on intake while they waited several more months for their people to find them; to Sawyer who's cute puppy face stayed with us longer than even his adult male pittie friends; to our current crop of pittie pup boy rockstars...Artemis, Peter, & Champ (pictured in order below). 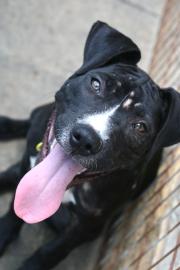 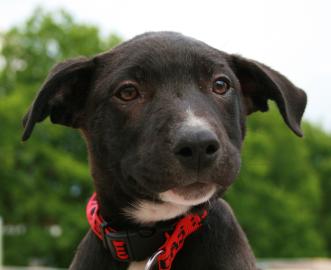 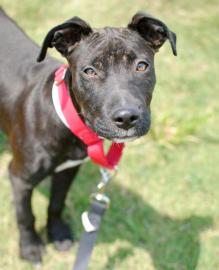 I dare you to find a single person at APA! who's not completely smitten with these boys.  And yet, like their black male pittie pup predecessors, here they wait; growing from puppies into adolescent & adult dogs while living at the shelter.  That's no way to spend a puppyhood, guys! 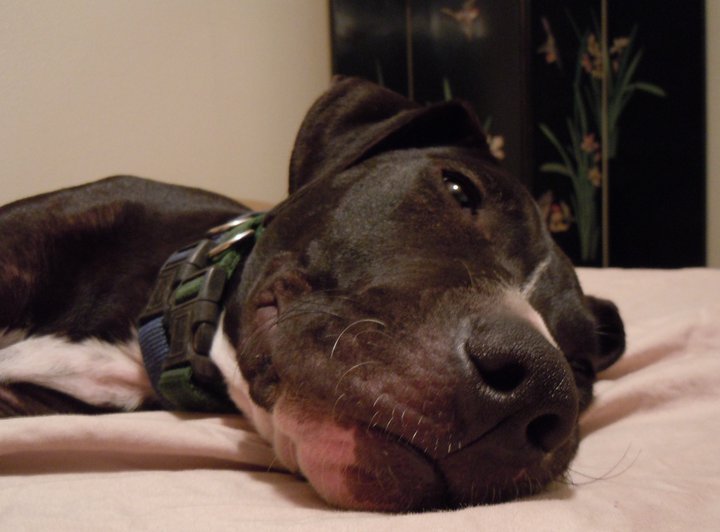 Artie loves everyone, whether human or canine, knows all of his commands, rocks at the agility yard, makes a perfect "field trip" buddy for trips anywhere from the trails to the coffee shop to just riding in the car...AND, as we found out recently when he went home with his volunteer buddy, he's equally awesome when given the chance to be in a home.  Artie got to enjoy a long neighborhood walk, a bath, and some dinner before falling asleep watching the Goonies.  We also learned on this sleepover that Artie makes cute "doggie talk" noises in his sleep & even snores a little.

Let's make that slumber party a preview of Artie's life in his real home!  He & his pittie boy posse are waiting for you to come bust through the doggie adoption jinx they're under and take them home to stay!  Email [email protected] for more info or check our website to see where you can meet these PERFECT puppy specimens today!

**UPDATE: Both Peter and Champ have been adopted! Artemis is still looking for his very special forever home.