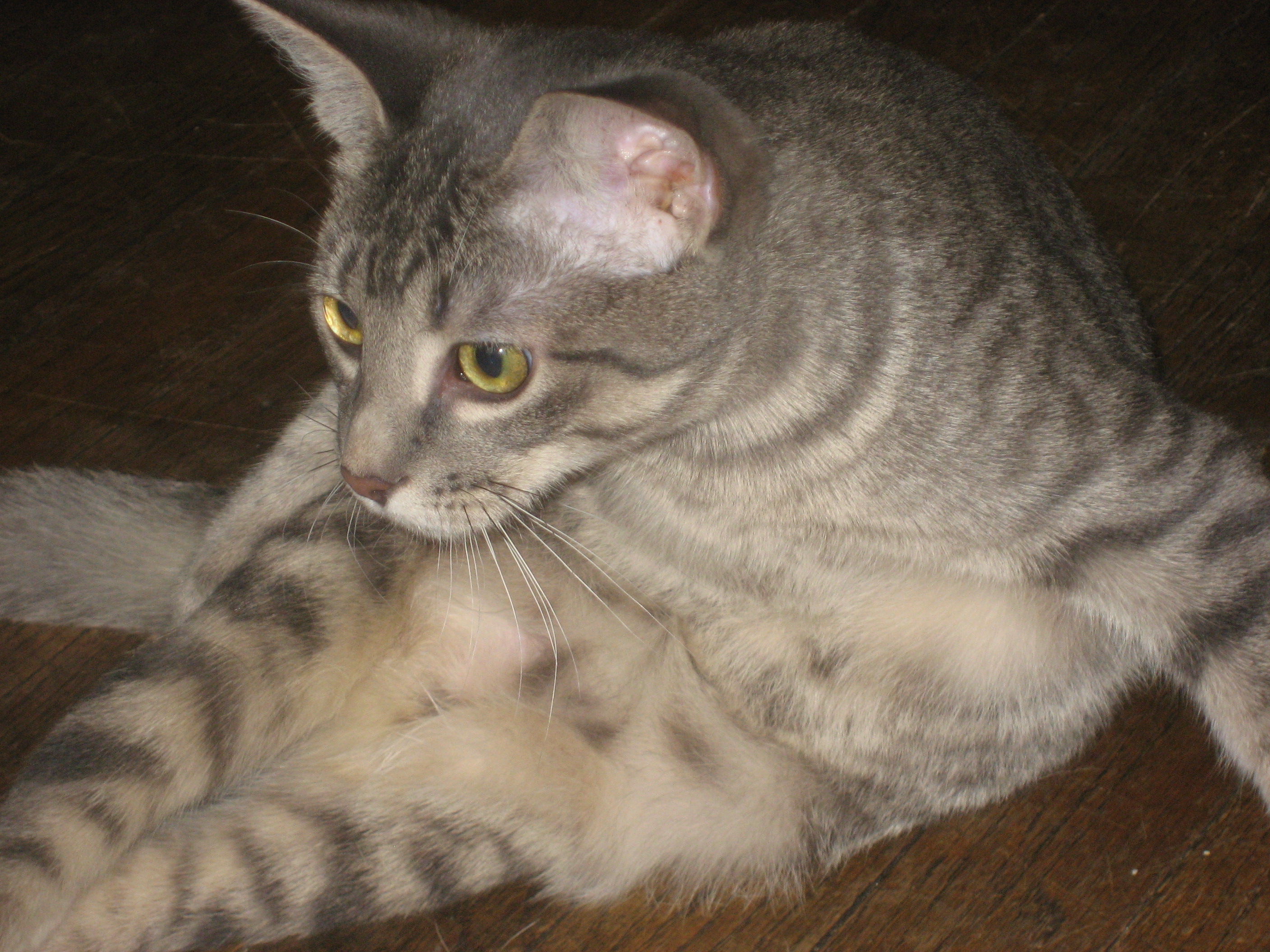 Poor Buttons was dropped off at the shelter after his legs had been shut in a door and he couldn't walk. By the time he came to APA he was dehydrated with severe diarrhea on top of being unable to move his back legs. After months of medication, Buttons can now only use his front legs and must drag his back legs behind him. Buttons is a very happy kitten but sadly he may never walk again. Also, because his injury was so severe, he doesn't have complete control of his bladder. He uses his litter box occasionally but he has accidents as well. Buttons is in need of a special home that will be able to care for his needs as he grows.

In spite of his injury, Buttons loves to play, climb and chase his toys around the house. He loves his foster siblings too. He crawls around trying to "sneak" up on the other dogs and cats in the house. He's not quite as stealth as he thinks he is, but they don't mind and pretend to be surprised all the same. The game usually ends with wrestling and Buttons crawls off quite convinced he was the champion. Buttons' lovable character will make him a wonderful companion for someone special. Buttons will be going to physical therapy for the next few weeks. He's going to be chronicling his experiences on our blog so check back for updates on his progress!

We need to raise $800 for him.  We estimate that his physical therapy is going to cost $600 and a special cart to replace his back legs will cost $200.  Please help us get Buttons the care he needs so he can have a happy and healthy life!