As we continue our dialogue about saving the last 10% of savable dogs still dying at Austin's city shelter, there is an interesting piece of this puzzle that bears mentioning.  Not every dog who ends up in our behavior program was showing behavioral issues when we pulled them into our program.  And, on the flip side, not every dog pulled, who did show behavioral issues at that time, actually ends up in our behavior program.  Dogs are not static creatures and to understand and save them effectively, it is not possible to rely solely on a label, a category, or a snapshot in time.

In fact, many of our most serious behavior cases were, in effect, surprises.  They tend to come from two groups; dogs pulled with medical issues who have anything from serious injuries or illnesses all the way to a URI (upper respiratory infection or nasty doggie cold) and shy, nursing momma dogs.  Because these dogs' behavior is so inhibited by their circumstances and because their medical needs dictate that they go straight to a foster home, they often don't pop up on our radar until a few weeks - or even months - after they're pulled. 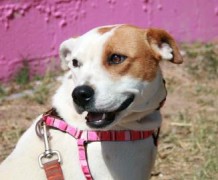 What comes next is usually a frantic call or email from the foster.  The dog is feeling better or has weaned her puppies and....has bitten someone....or got into a fight with the resident dog...or is growling and won't let anyone near it...or...or...or...  We are able to pull dogs with mild to moderate behavior issues from the Austin Animal Center euth list in large numbers on a regular basis.  However, dogs with serious behavior challenges we can only pull as we can adequately support as it impacts the quality of care and level of intervention we can provide across the board.

Usually these behavior surprises come to us one or maybe two at a time and we're able to rise to the challenge.  One weekend, however, they came in a set of four.  Not four mild or moderate behavior cases but four dogs who were essentially, at that moment in time, near impossible to approach and safely handle.   Two of those dogs are now happily adopted, one is likely to be adopted by her foster, and the fourth is little Miss Shasta, pictured in this post. 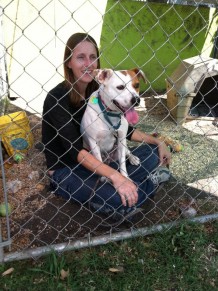 When the call went out to the behavior leads about the dogs who just came into our program, at a time when we were already full with dogs in need of significant behavior support, our initial reaction was, "Oh expletive."  But it was a short lived moment of panic that dissolved immediately into action.  We put out a call to the full behavior team for all hands on deck to get beefed up coverage for our existing behavior dogs so the leads could focus on these four most challenging cases.  We were able to make progress with three of them fairly quickly.  For Shasta, we called in the help of local trainer and friend, Steve DeBono, CPDT-KA.

His first task was helping us get Shasta out of her kennel.  We joke now that, when Shasta arrived, she was like the sun...you couldn't look directly at her.  What we mean is that she was a dog so terrified of people that you couldn't get near her or look at her because she would lash out and attack out of fear.  She did not shrink back in her kennel, but put on the full display that could easily get a dog labeled "irredeemably aggressive" and euthanized.  That is a label and fate this sweet girl does not deserve. 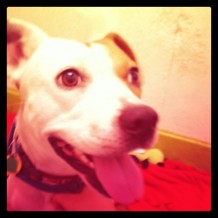 As she started to come around, Shasta's personality emerged.  Once she trusts you, you quickly learn that she is highly intelligent (she can open a Kong wobbler!), incredibly affectionate (she loves lap snuggles & face kisses!), and has a goofy, playful attitude that makes her a blast to be around.  You also learn that she's beautiful and has a coat so soft you just want to snuggle your face in it (and she'll let you once you're friends!).

Shasta socializes and trusts new people fairly quickly and, with a little support, was eventually able to be handled by a good sized group of behavior volunteers and staff before she was ready to move into a foster home.  She has thrived in foster and continues to attend training through The Canine Center for Training and Behavior.  In fact, you can read in detail about her "Everybody Loves Me" training program on this awesome blog post (filled with BEAUTIFUL photos by one of the TCCTB staff).  Shasta will still need an adopter dedicated to working on her trust issues and fear of strangers but her progress is amazing.  Now, when she sees someone she knows, not only are they able to look at her but she bounds over with joy and clearly shows her enthusiasm to see them.

Imagine if Shasta were judged just on a snapshot in time.  Imagine what happens when that's how a shelter approaches dogs.  Today, this dog was frightened of me.  Today, I took this dog out and it seemed stiff and aloof.  Does that mean the dog will always behave that way?  No.  In fact, even a dog who has bitten in a particular circumstance does not automatically deserve to be called a dangerous dog.  What those things all mean is you have met a dog in need of support.

If we as a city are to save ALL of the savable dogs with behavior challenges, we have to be proactive rather than reactionary, supportive rather than condemning, and willing to say that we would always rather try and fail to save a dog than not be willing to try at all.  Our surprise behavior cases are often the ones we have learned the most from.  They make our program stronger and they should send a resounding message of hope, along with their plea for help to the city at large.

In shelters all over the country, Shasta and the many dogs like her to pass through our program wouldn't make it past intake.  Instead, we have gotten to know a silly little ray of sunshine who just needs patience and support to learn how to trust and be safe. 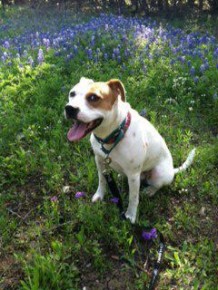 You can set up a recurring or one-time donation here – just select “dog behavior program” in the program dropdown so we know your donation is to pay for training.  And $25/month makes you part of our Constant Companion Club!

Visit our program page and follow the LFS dogs on facebook to see how else you can help give these dogs a chance.