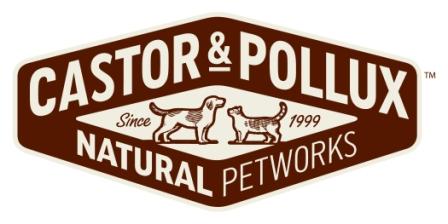 They will be donating up to 1000 pounds of dog and cat food to Austin Pets Alive each month for the animals living here at the main facility.

Castor & Pollux will also be helping new adopters by giving each new parent information on pet nutrition and health as well as a coupon for their own bag of food.  We also have online coupons that anyone can use and APA will receive a donation from Castor & Pollux for each coupon used!

Join us in welcoming and thanking Castor & Pollux for being our official food sponsor!  Like them on facebook, follow them on twitter, and use a coupon to get their amazing food for your own pets!