Just as dogs patiently await the dropped morsel from the Thanksgiving table, cats look forward to the food-induced nap their families will inevitably take. Kitties look forward to the perfect time to snuggle up for the warmth and love they so deserve over the holidays.

The APA! felines may not always show it, but they have hope this Thanksgiving, too. They hope to have a family to call their own, a warm lap to rest in, and perhaps even a small nibble of some turkey. Cats also make great foot-warmers while you watch the Thanksgiving Day NFL lineup. In the spirit of love and giving, we hope you’ll give one of these kitties a home for Thanksgiving and maybe even the opportunity to “help” you take that well-deserved post-meal nap … 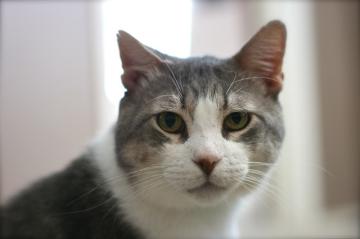 Once you get past the tough guy exterior, Judd is a sweet boy. This 5 1/2 year old boy has a healthy appetite (gobbles up his dry food - he loves salmon, steak and shrimp--go figure!) and loves to be near people. He enjoys being petted on the head and especially to be scratched on the jowls and behind his ears. Judd is a Manx, so he has a "rumpy riser" or a small stumpy tail. Judd is FIV+ which just means that he needs to be an indoor cat and fed a healthy diet. Everyone at APA! loves Judd, and we think you will too. 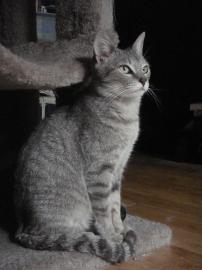 Lara is 1 1/2 years old and was rescued when she was pregnant. She has had her kittens, and still lives with two of them in our APA! cattery, Wren & Finch. Lara is incredibly gorgeous and pretty much an absolutely perfect cat. She is a petite blue tabby with striking green eyes, and will always greet you with a meow and happily snuggle in your arms. Lara is also independent, so if you don' t have time to always pet and love on her, she's perfectly fine with that. Just always let her know that you love her and that she has a safe and warm place to call home. 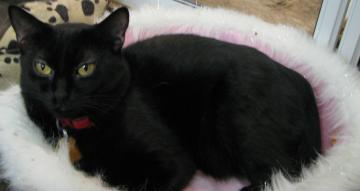 Kismet is a 3 1/2 year old black kitty with big golden eyes. She can be a shy lady at first, but once she warms up, she becomes a snuggly cat, loving to sleep on the bed at night. She LOVES to have her tummy rubbed before settling in for some serious cuddling. Like Judd, Kismet is FIV+ so will need to be an indoor kitty with a healthy diet. She has been in foster with dogs, other cats & kids, although she would probably prefer older kids or teens. Kizmet is pretty mellow and would love to have her very own home this Thanksgiving. 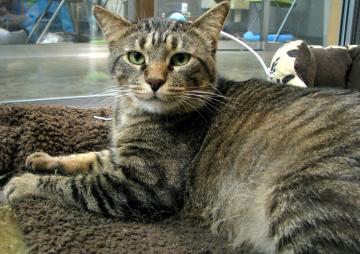 Ozzy is a 3 year old GIANT. He towers over his cattery mates and has a huge heart just waiting to dole out massive amounts of love on his new family. Ozzy talks to the volunteers on a regular basis, but mostly he just wants to be hoisted up for some ear and chin lovin'. Ozzy is also FIV+ but he's a sweetie and has a long, long life ahead of him. When the APA! cattery was first being constructed, Ozzy was resourceful and surprised everyone when he was lounging near the ceiling in the rafters!! Basically, he's an attention hog...go big or go home! 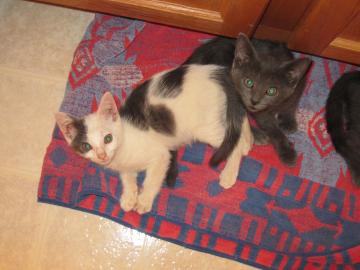 Chad & Clive are 3 month old siblings. They were rescued as Bottle Babies and cared for around the clock by our volunteer feeders. Chad is white with grey spots and Clive is a Russian Blue mix. Both kittens are accustomed to being held and loved on by people and will welcome the attention. Chad likes to explore new things - he's the brave one. Clive, in his adventures, tends to get distracted by his favorite toys and will wrestle, pounce and chase them. Their brother already found his forever home, now it's their turn. 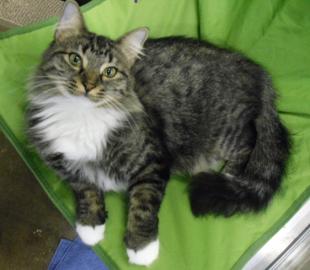 Venus is a 2 year old brown and white longhair tabby, Maine Coon mix. Her fluffy white ascot and her white socks are beautiful. And Venus knows it. Venus was taken to the shelter in April with her baby, Rex. Venus and Rex had been living on the streets, lost from their home, sometimes going long periods of time without food. It's very hard for a momma to produce milk for her baby when she's starving. She was very protective of her baby during those dark days, and once rescued by APA! she came out of her shell, understanding that people were now going to provide for her and her baby. It was sad but joyous for Venus when Rex got adopted recently, but he was ready to live on his own with a family to call his own. Venus likes to sleep in her fancy cat bed, but really, she just would like any comfy chair in a new home to call her own.

There are many more kitties available in a variety of sizes, ages and colors. The APA! Adoption & Resource Center will be open for adoptions on Thanksgiving Day from 10am-3pm! Come save a life and give yourself and a homeless dog or cat something very special. They will show their thanks with a wagging tail and a purr.