We'd like to introduce you to our latest inhabitants of the bottle baby trailer: 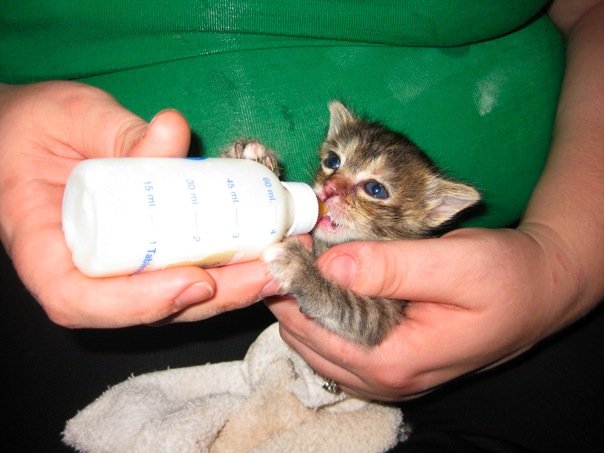 This litter came to the BBT *barely* 2 weeks old. The mother cat had been poisoned & died, and the babies taken to TLAC. Their eyes weren't open & they had their umbilical cords attached. They required feedings every 2 hours. Without a momma cat, they quickly became stinky & were subjected to lots of baths to keep them as clean as possible. This litter helped introduce all of the sanitation protocol to the trailer. I took this litter home & cared for them around the clock for a total of 10 days since coverage at the trailer was difficult to maintain at the intervals needed. At two weeks into their visit at the trailer, a new mother cat & her litter of 4 were brought to the trailer, and Ellen and I put the two weakest from the 9/12 litter in with her. They began nursing & were not rejected. This was great news! The other 3 continued to gain weight, transition to gruel, and went to foster almost a week ago. 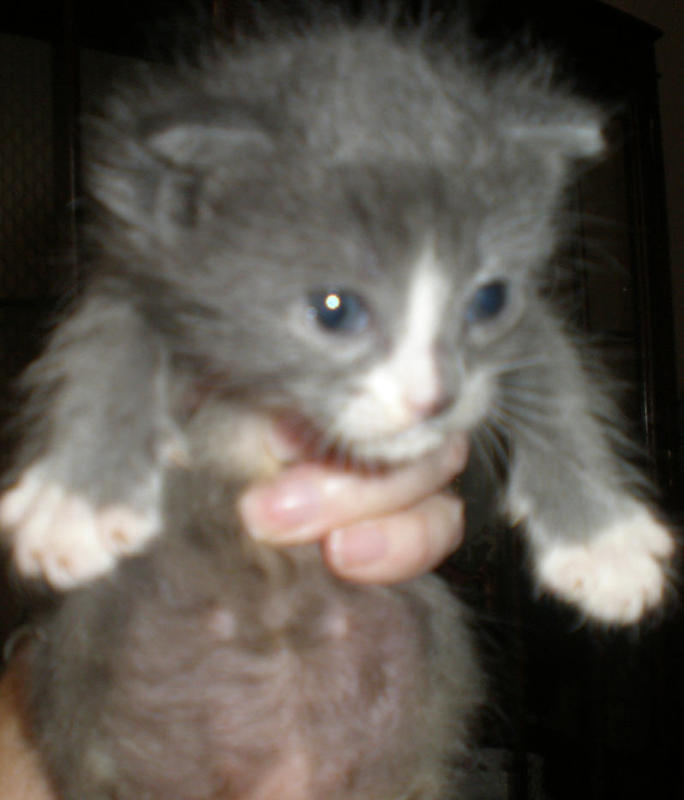 Upon arrival at the trailer, these babies were skin and bones. Their ribs and spine stuck out far and they were reluctant to latch onto the bottle at first. Since it was their first night away from mama, I took them home to care for them overnight. They quickly learned what the bottle was and started eating like there was no tomorrow. Since they did so well, I ended up keeping them for 4 nights and by the time they made it back to the trailer, their stomachs were huge! They then decided they were all grown up and started eating gruel (kitten formula mixed with canned food) on their own. It has been amazing seeing these little scrawny kittens blossom into piglets! 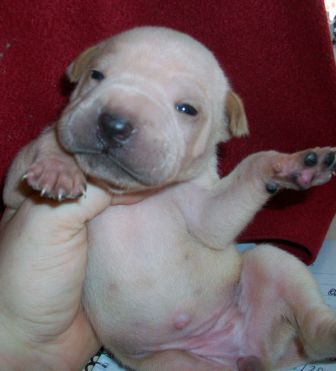 These pups were born in the shelter and stayed with the mama dog for a week. When they arrived at the trailer, they wanted nothing to do with a bottle or formula. They would taste it, spit it out, and cry for their mother. The volunteers had to go through a long process of trying all sorts of nipples for these babies (puppy, kitten, and human baby bottles of all shapes and sizes). It was a true art form learning to feed these guys. Now they are eating well, but they each like different sorts of bottles so they definitely keep us on our toes. 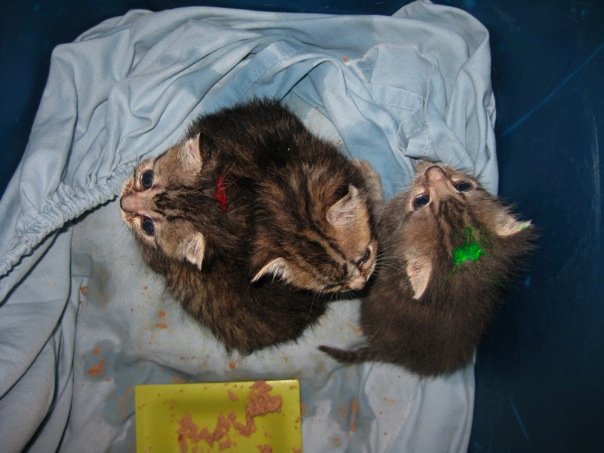 The little girls were the first to open their eyes in this litter. It was especially cute because the black kitten had one eye popped open, but the other stayed shut for 12 hours longer so it looked like she was winking! The boy was slow and opened his eyes a couple days after the girls.
The blue tabby from this litter was visited by some children from a montessori school. They affectionately nicknamed him Pumpkin and learned all about kitten growth and delelopment from this little guy.

With special formula and lots and lots of cleaning wipes, these guys will each cost approximately $30 more than what our usual costs are for dogs and cats. Therefore, we need your help to raise $510 for these 17 kittens and puppies.