I’m writing today to wish myself a very happy anniversary and a BIG THANK YOU to you good folks for making it possible! 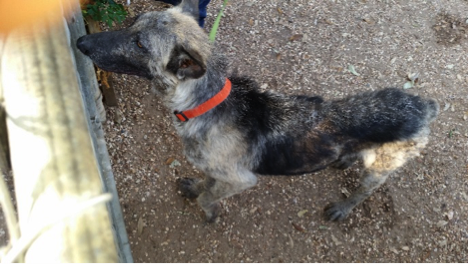 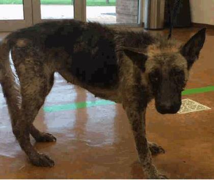 It was one year ago that, after a series of events I won’t go in to, I found myself at the Austin Animal Center. They had given up on me and had me on their euthanasia list. But you found me and offered me the possibility of a second chance. I was so worn down that I wasn’t much to look at and it was hard for anyone to see my true character and beauty.

It seems like much longer than one year ago when I was laying in the kennel you gave me. I was weak, stinky, and barely able to stand. Would I ever find a true home? I wanted to hope, but was so afraid. Then these two humans came by with a certain look in their eye. They saw past the mange, scabs, dirt, and humiliation I was feeling and offered to give me a chance. So I took it. 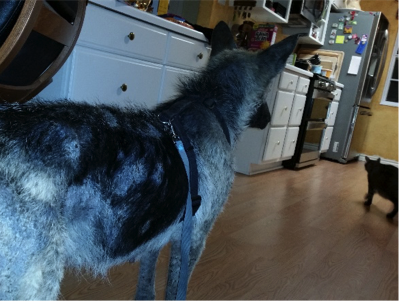 One of the first things I noticed upon arrival at this new home was a cat! I wasn’t sure what was expected of me, but the cat didn’t seem to care. I have since made it one of my duties to maintain surveillance of his comings and goings. I uphold this duty with diligence and fortitude. I know he’s up to something, but can’t for the life of me figure out exactly what it is.

The living situation at this new home has been amazing. I have plenty of good food and water. A magical door that allowed me free access to the back yard. And the male human spends his days at home with me. I follow him around the house, making sure he is out of danger. We’ve made a daily routine of me leading him by a rope thru the neighborhood as we scout for news of other dogs and the travel habits of squirrels and the like. We are good buddies. 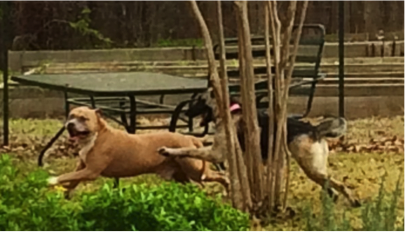 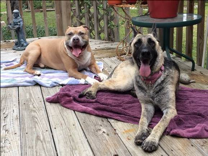 I have a best friend who lives with some other humans. It took me a very short time to show this male dog who was boss. And we have lots of fun running and playing. 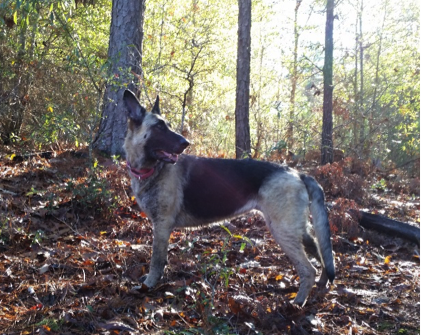 In the time I’ve been with these two humans (and a cat), we’ve had lots of fun and adventures and I’ve returned to my normal healthy self. In the past several moons we’ve taken a few long rides. Not the kind that ends at a dog park as usual, (which I love) but really long rides that last for several sleep cycles. On one of them, we stopped at a large body of water that tasted like salt. And then on another we found ourselves where the trees are much larger than I’m used to. I like to travel.

Because of your willingness to see past the scabs and wounds of that former life, I was given a second chance. My life is happier than I could have imagined. My prayer is that every lost animal that comes thru your doors finds a home like mine. 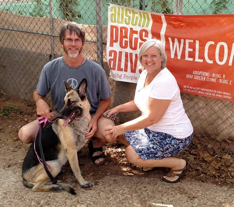 My humans would like you and everyone else to know that their lives are all the more richer thanks to your good works. Also, that by adopting an animal, even one as low as I was, their kindness will be repaid a hundred fold. 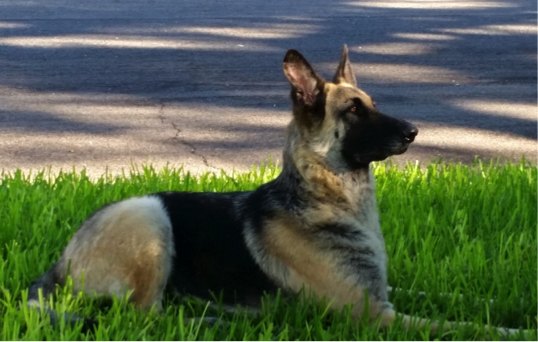 Many Thanks and Safe Travels!

Bella Grace (formally known to you as Natashia)

And my human family, Bryan and Larraine Garrick