Diego has been waiting a long time, Are you his one and only? 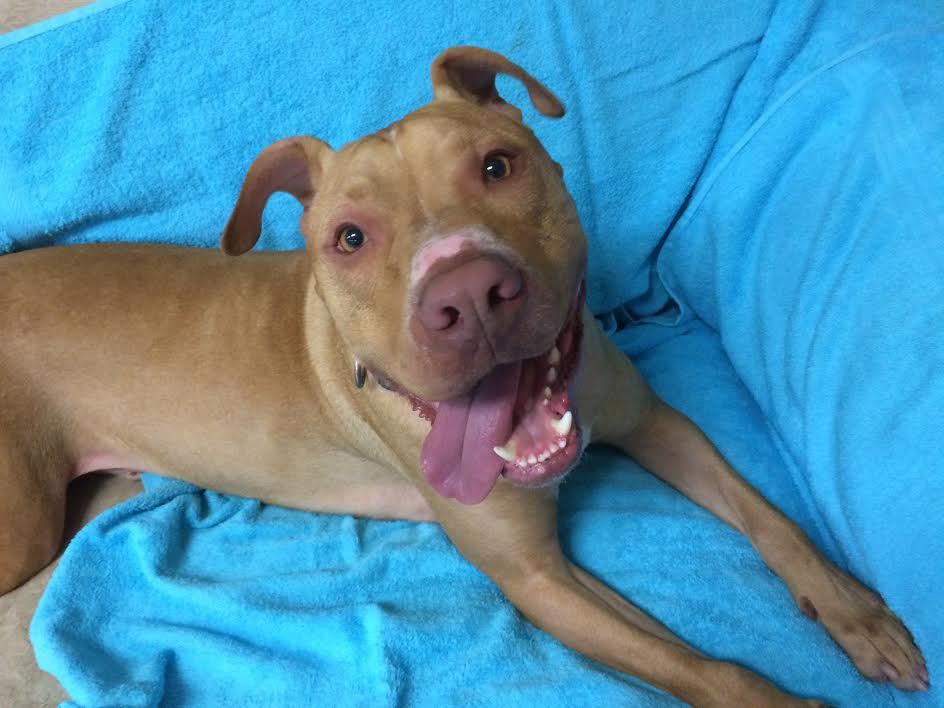 As part of APA!'s life saving mission, many dogs come to us with behavior issues that need to be worked through to help them be as adoptable as possible. Diego is one such dog and he came to APA! 900 days ago. 900 days is a long time, but in that time Diego has learned so much and has come so far!

Upon arrival in March of 2013, Diego was very reactive-barking and lunging at other dogs in kennels, was very high energy and pretty mouthy. We don't know much about his past since he was picked up as a stray but could tell he didn't have much experience being inside since things like fans or doors opening spooked him quite a bit. Within the month, he was taken under the wing of an experienced volunteer to help work him through his issues as well as three times a week highly supervised playgroup, since he showed a dislike for dogs. 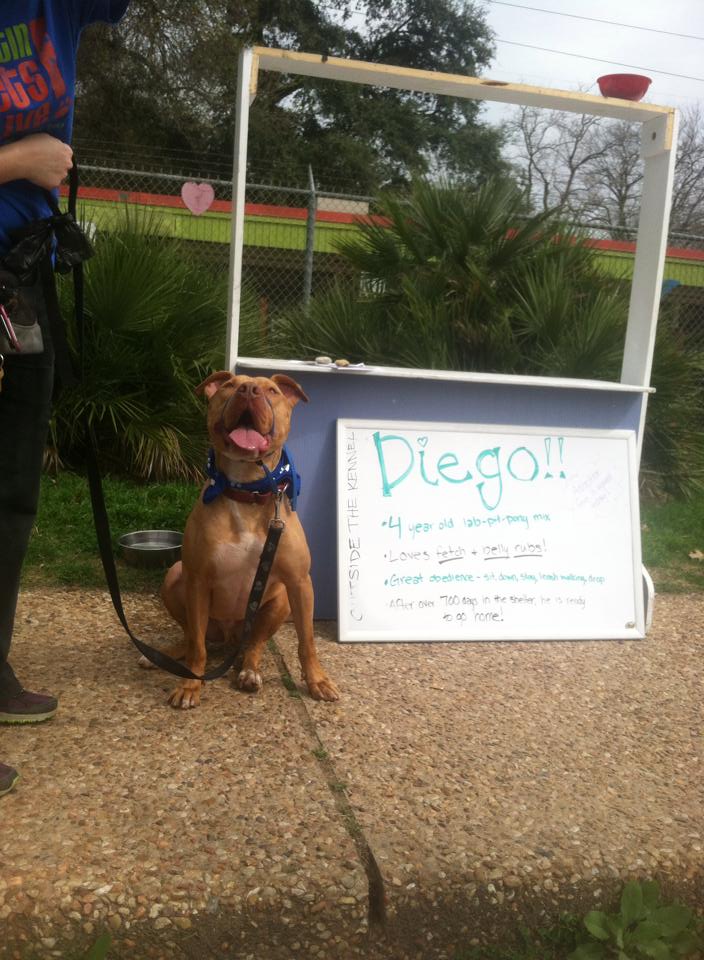 By July of 2013, Diego was attending weekly behavior class to work on his on-leash reactivity toward other dogs. His favorite volunteer continued to introduce him to new experiences and found he was a very focused jogging buddy for short distances. Of course, Diego was learning basic obedience to help him make better choices. We teach the dogs at APA! that eye contact is the most rewardable behavior, so if the dog looks into our eyes, we give them a training treat. By mid 2014, Diego had mastered the puppy dog eyes, learned to walk on leash, and mastered sit, down, come and drop.

Diego was the first dog featured in the Outside the Kennel campaign in February where we featured one dog outside of their kennel handled by the volunteer that knows them the best. Diego continues to excel in his training and his on-leash reactivity has been virtually extinguished in the shelter environment. He has even been on a few sleepovers recently has been absolutely stellar-no accidents in the house, stays out of the trash and only destroys his toys.

The ideal home for Diego is one without other pets and older or no children. Diego would love a family that doesn't mind playing with him for a good amount of time and would take him on long walks or hikes while still re-enforcing the training he has received in the 2 1/2 years he's been waiting for his forever home. He is the ultimate cuddle bug and will even 'help' you do yoga... Do have the patience and heart to adopt this sweet, five year old retriever/pit bull mix? He's been waiting a long time for you but is more than ready to hit the road! Email [email protected] or stop by 1156 W. Cesar Chavez any day of the week between 11:30-7:00 to meet him in person (dog?)! 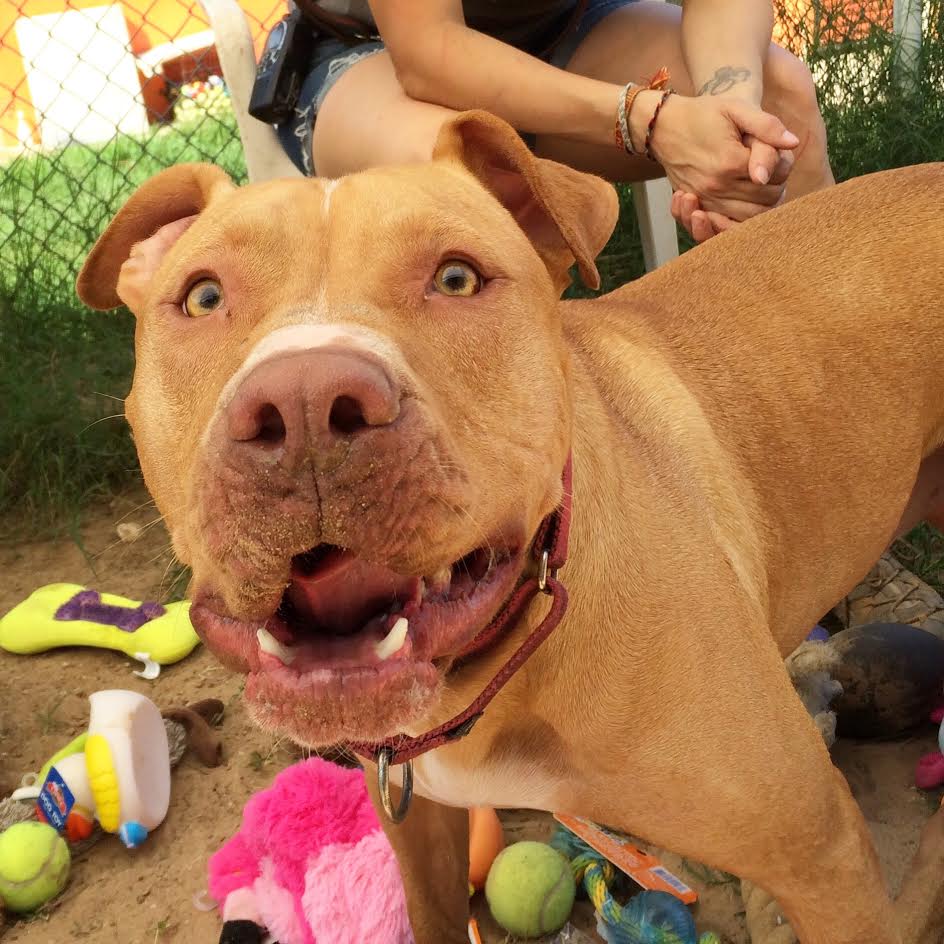