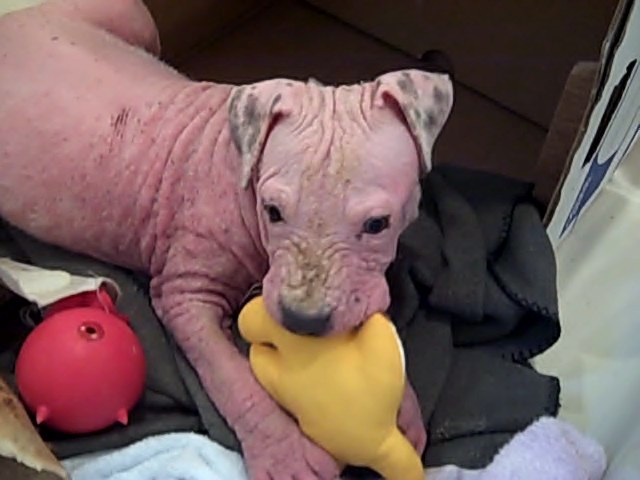 When he arrived at Town Lake Animal Center, Dubby was a sorry-looking little puppy struggling with demodectic mange. Demodex is not contagious, and it is curable. But Dubby had such a severe case that he had lost almost all of his fur, and he had developed a scabby, crusty, smelly skin infection too. The poor little guy felt pretty rotten.

Even though Dubby wasn't very pretty on the outside, APA! saw his inner beauty. We pulled Dubby off the euthanasia list and put him in a foster home so his skin problems could be treated.

As his skin cleared up and he started feeling better, Dubby's unique personality emerged. He became playful, spunky, and attentive. And he developed a HUGE appetite! 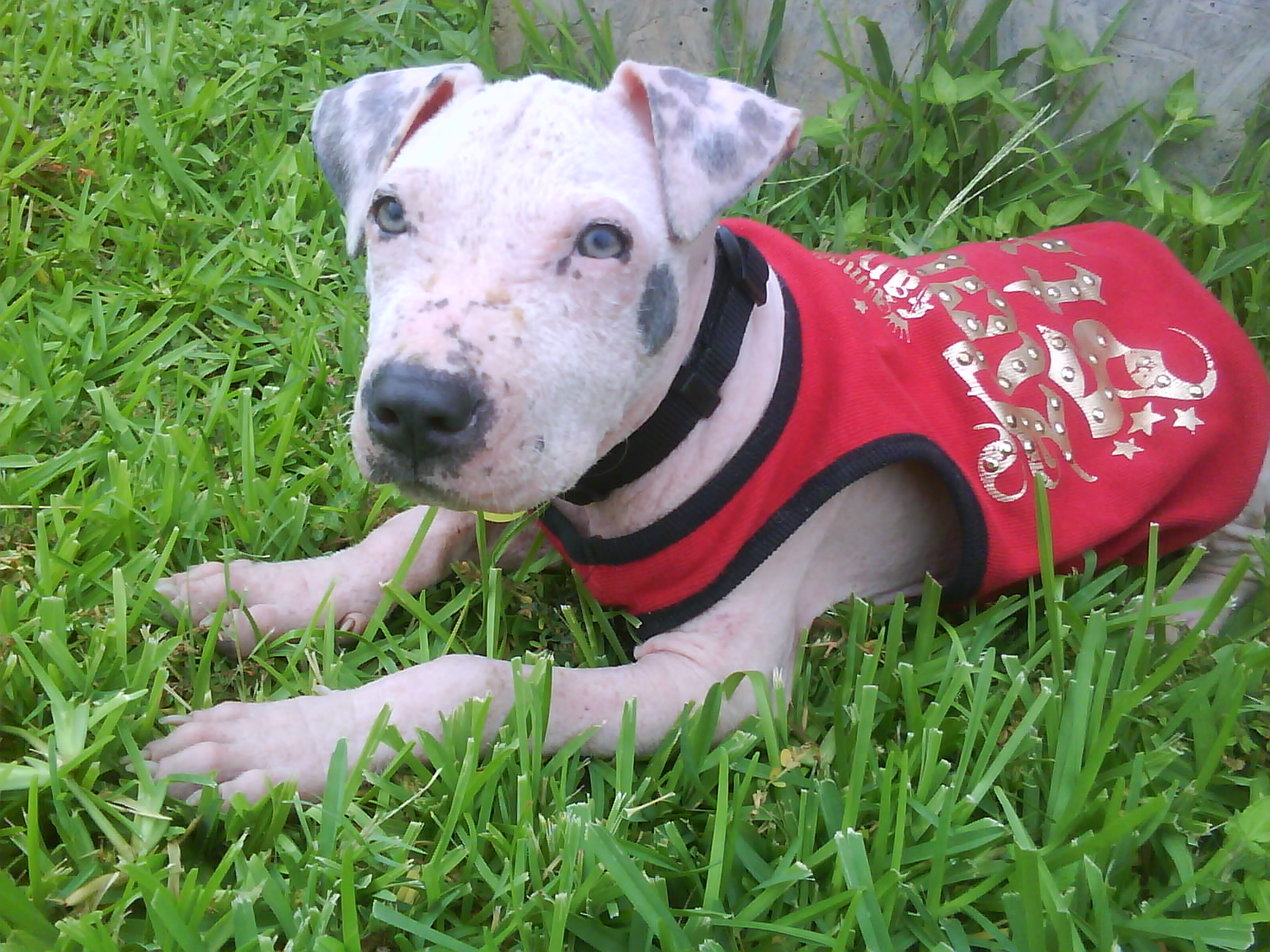 Dubby is growing back more than his fur; he's developing a star personality as well! He's now a very outgoing, outspoken, fearless little guy who's anxious to take on the world. Like a typical puppy, he's mouthy and teething right now, but Dubby is smart; he only chews on his toys—none of his foster parents' stuff!

In matters of obedience, Dubby shows a great deal of potential. He learned "sit" in a single day, and went on to learn "down" quickly after that. He responds quickly and immediately to his foster mom's voice, and he has a strong food drive. He will do just about anything for a treat! Dubby has a promising future in obedience or a similar canine activity.

Dubby is now ready for adoption! He is waiting patiently for a loving family who can see past his temporary funny-looking exterior and give him a bright and shining future. He will be an active, loyal, charming medium-sized dog with short, white fur.

APA! is focused on saving the lives of companion animals in Austin. We're pleased and proud to have saved many puppies and dogs like Dubby—dogs that are beautiful in their own way. We're sure you can see the beauty in Dubby, too! Won't you consider giving him a home today?