A Journey for Medical Treatment and A Place To Call Home

“After being in our home and out of the shelter he got much better! It was really amazing to see how he went from being terrified and anxious to running around the backyard wrestling with my dogs.”

Elton is not your average pup. Transferred from another shelter in 2019 to APA! for his volatile seizures, Elton unknowingly began a journey to healing and finding his forever home. With the help of vets at APA!, Elton went through a series of medical testing to find a treatment option that would best control his seizures. It was a process of almost a year that involved unpredictable circumstances, as one day he was at the shelter with vets and the next in a foster home.

Emily, one of our incredibly patient fosters, loves to watch each rescue come out of their shell when welcomed into her and her husband’s home. It was a match made in foster heaven when she took in Elton. In this loving and lowkey environment, Emily was able to monitor Elton’s routines and behaviors. This guidance is what many fosters, like Elton, need to be set up for adoptive success.

Emily recalls watching Elton thrive outside the shelter, “Elton had been at APA! for so long because of his medical and behavioral quirks. He has seizures which makes him very nervous and kind of act out. After being in our home and out of the shelter, he got much better! It was really amazing to see how he went from being terrified and anxious to running around the backyard wrestling with my dogs.”

Elton’s happy ending was also, in part, due to Emily’s marketing savvy and ability to leverage Instagram’s hashtags to get Elton the spotlight he deserved: “I posted about Elton on his own Instagram page and used lots of dog hashtags. I actually ended up having to archive the photos because I’d get messages from people interested in him after he was adopted!” In the end, his adopters found him through the APA! website with photos Emily had emailed of his big, cheeky grin.

This past May, Elton finally found his furever home with an owner who understands his seizures and can love and care for him fully — medical quirks and all.

Pups with special medical needs can experience a particularly arduous journey to finding their place in a home. The APA! vets could not have been able to provide Elton with such a high standard of care without the support of our community. By giving today, other dogs that require medical treatment and extra care can get the attention and resources they need.

Alternatively, consider becoming a foster today for dogs like Elton, as your TLC can make leaps and bounds to helping them get adopted. Thank you for donating and giving back to the pups, and many thanks to our community of amazing fosters who make stories like Elton’s possible. 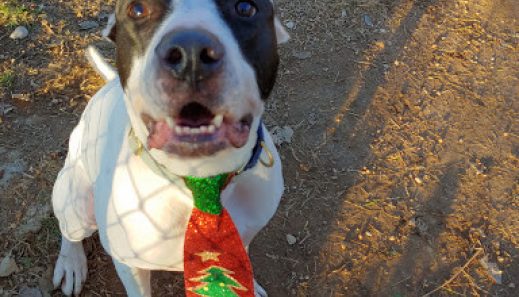 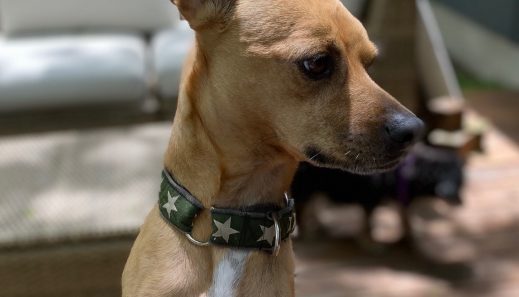