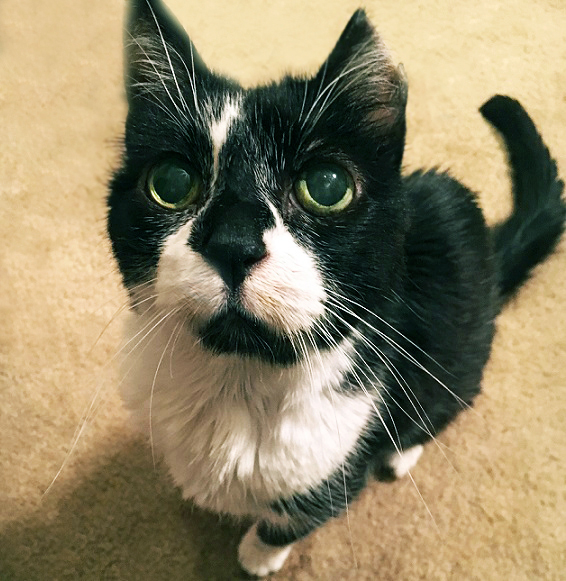 Stardust came to me two days after the death of my hospice foster Browder. I wasn't anticipating another hospice foster so soon, but everyone knows I'm a sucker so when my boss asked me if I wanted her I couldn't say no ­ I've never been so glad to be a sucker!

Stardust was so sick when I got here she was on eleven doses of medication per day as well as fluids, nebulizing for an upper respiratory infection, and needed constant access to a heating pad, among other things. When the vet on duty that day was going over her medications with me she actually stopped and looked at me and asked if I was sure I wanted to go through this again so soon. I wasn't sure but I knew I had to do something, and I wasn't going to let a cat who the vets thought only had a week to live spend that last week in the shelter. 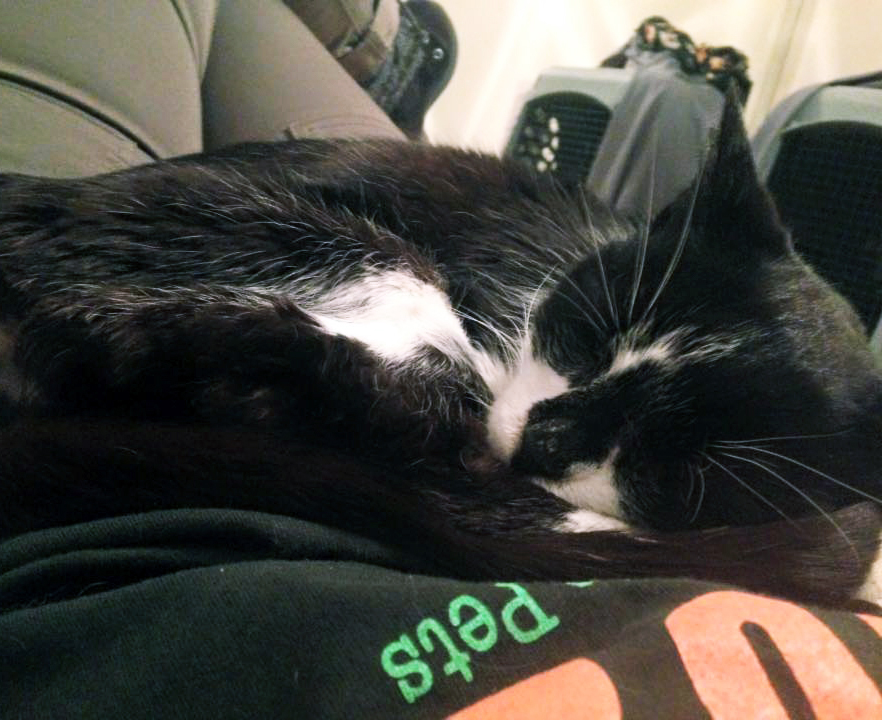 Those first few days with Stardust were so scary. She could barely breathe, didn't want to eat, and was even more thin than she is now, weighing only four and a half pounds. There were days when I anticipated that I would have to call the clinic and schedule her euthanasia appointment if Stardust didn't show any signs of improvement the next day. Stardust, however, wasn't ready to give up without a fight. Every time something happened, whether it was bad ultrasound results indicating the possibility of bladder tumors, or severe anemia that we expected would require a blood transfusion, or difficulty breathing, Stardust managed to pull through every single time. She's a tough little old lady, and it's allowed me the opportunity to get to know her and love her for the stubborn, loud, affectionate, sweet, demanding zombie kitty that we joke she is. 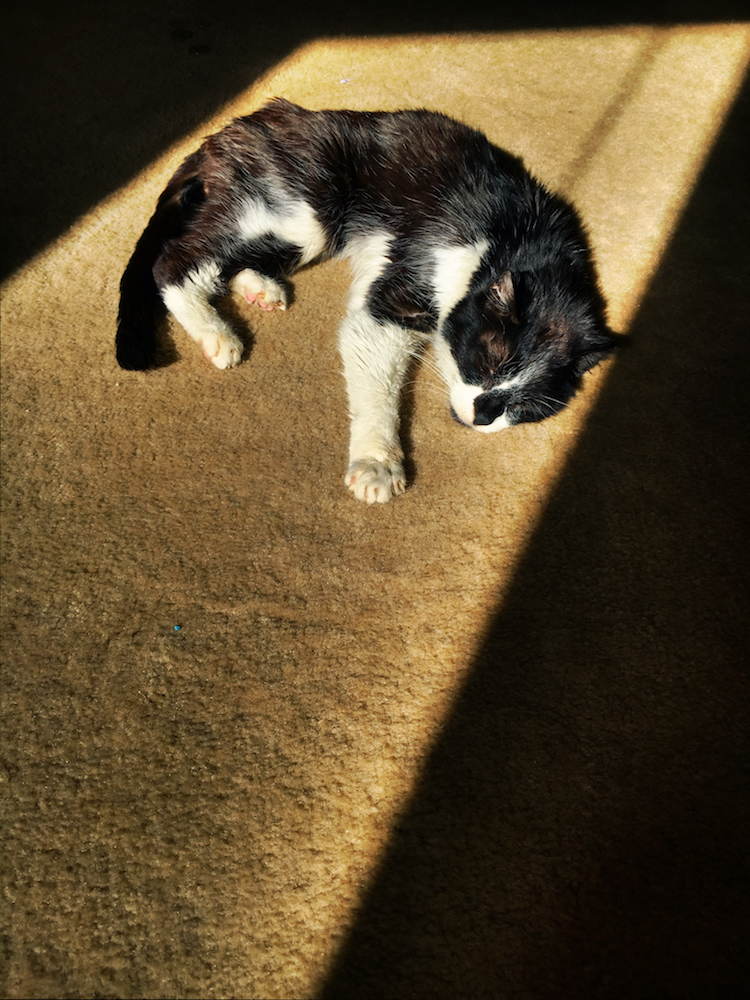 Stardust loves to cuddle with my dog. She loves all dogs! She will cuddle with any dog so long as that dog isn't trying to steal her food! In which case she will smack the dog. She will beg for table scraps, particularly taking a fancy to omelettes and other egg products. She likes to yell at herself in the mirrors in the mornings, and follow me from room to room. When I shower too long she will yell at me to get out, literally climbing into the shower with me and getting soaked until I decide that I don't want to have to deal with blow drying my ancient hospice cat. She likes to be my little spoon at night, and sometimes will groom my hair if she's in a particularly good mood. She likes to go on walks in her harness, and her favorite thing in the world is a good sunbeam.

Forever wouldn't be long enough with Stardust, but I'll take all the time I can get with her. It's been four months almost to the day since the vets said she only had a week left, and she's still proving everyone wrong. I hope she continues to prove everyone wrong for quite a bit more time to come. ­