The staff, volunteers, dogs, and cats here at APA! would like to give a big “Thank you!” to our friends at Gracy Title who raised over $4,000 for Austin Pets Alive! as part of their 2013 charity campaign. 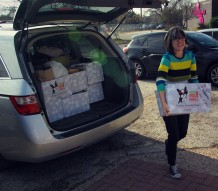 APA! earned the most votes through Gracy Title’s Facebook voting campaign, and earned a $1,000 prize. We had a great time visiting with David, Michelle, and Pablo when they came to deliver the donation, tour the APA! facility, and take some video footage.

Gracy Title even put out a challenge to their employees - the company itself matched donations that their employees made to APA!, doubling the amount of money APA! earned.  Each of their offices around Austin held a donation drive to not only raise funds, but collect items from APA!’s wish list as well. 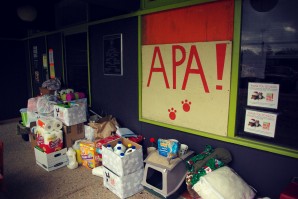 When all was said and done, Gracy employees delivered two truck loads of goods to our facility (including kitty litter, blankets, food, paper towels, bleach and other high priority items) and donated over $4,000.  Thank you Gracy Title for your ongoing support!