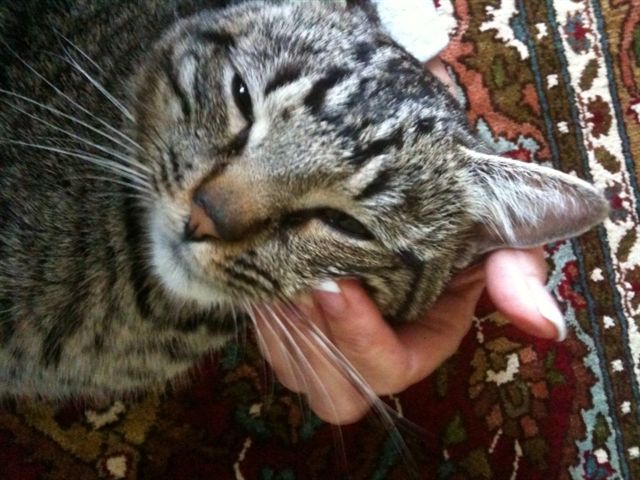 Here's another happy story from a recent adoption. Issac was Ed's first foster cat who was adopted out (he adopted his first foster himself) and he admits he had mixed emotions when Issac found his forever home. On the one hand Ed felt sad that this cool cat was moving on and on the other he was excited that Issac was going to be loved and cared for by his adopters.

After their owner died, Issac and his sister Hermione were dumped at Town Lake Animal Center. Ed picked both of them up from the shelter in earlier April but Issac was very sick. "I was at the medical trailer every other day. At times he couldn't stand up. But eventually with good care he responded - we felt elated when he started gaining weight," says Ed.

Issac is a cool, calm and collected feline. Once he was healthy and could mingle with the other pets in the house Issac adapted well, getting along with the cats and dog or just ignoring them, never causing trouble. He bonded with Ed and always wanted to be around him. "He quickly became my best buddy - talking , hanging with me no matter what I do - rubbing his forehead on my hand as if to say, 'Thanks for taking care of me, now scratch me!'"

Ed says when Issac's adopter saw the silky tabby is was love at first sight. "He is a very special cat and we were lucky to have fostered him. We feel a sense of accomplishment and that we have done something unselfish and good."

Here's what Issac's new family had to say.


"We just wanted to let you know how Issac is doing. He has been very calm and curious. As you said he did not hiss or anything at Caprica and ignored her when she did. This helped her calm down and she began to follow him around. For awhile they would take turns following each other, it was very cute. Now that they are both comfortable they have begun to play. Even though is has only been a few hours we can tell that our family is complete. Thank you so much for your help and support. We have included a few pictures of Issac in his new home and one of Caprica so you can see his new friend." 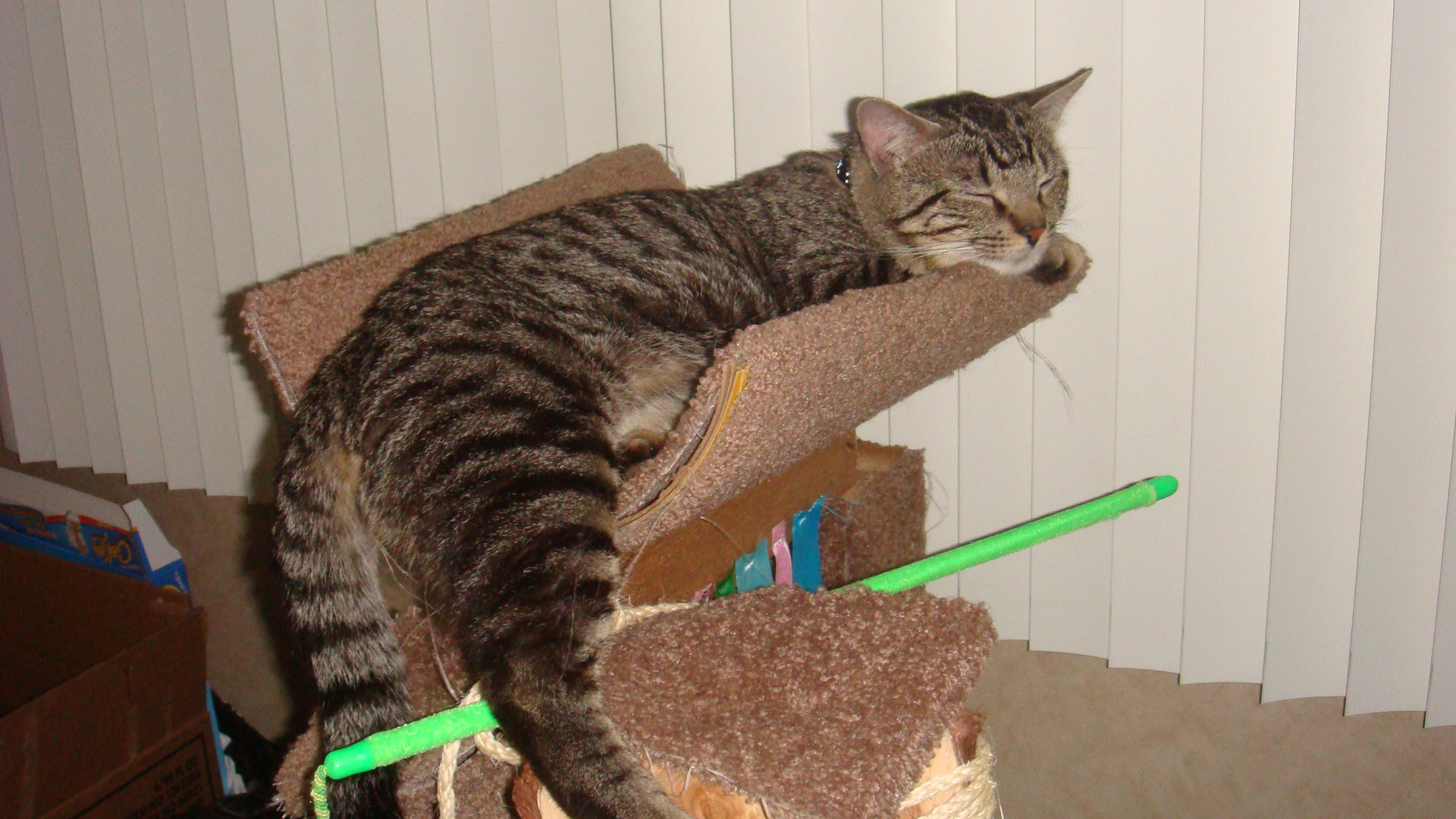 Issac is one cool kitty. 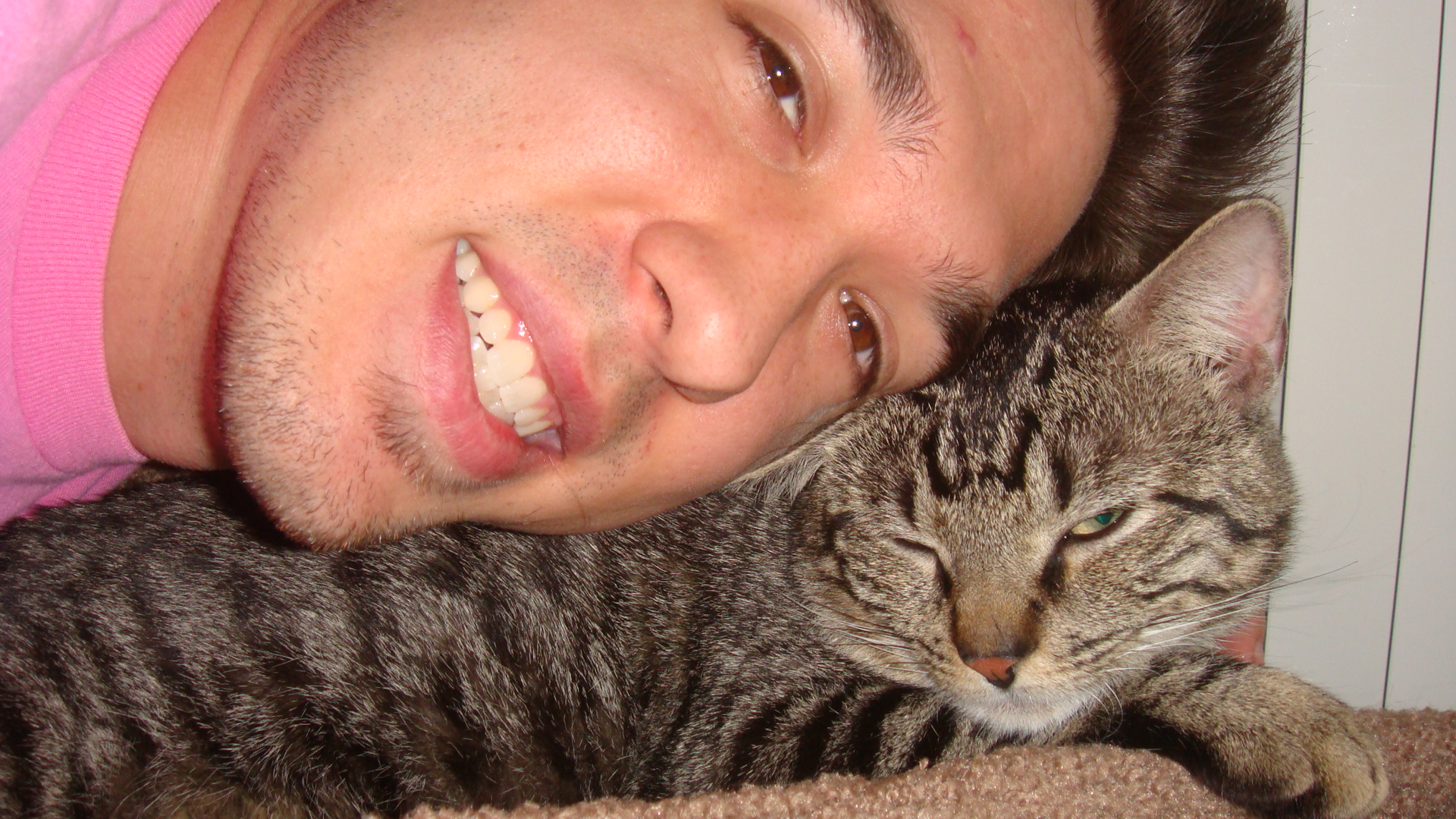 Issac with his adopter, Raymond. 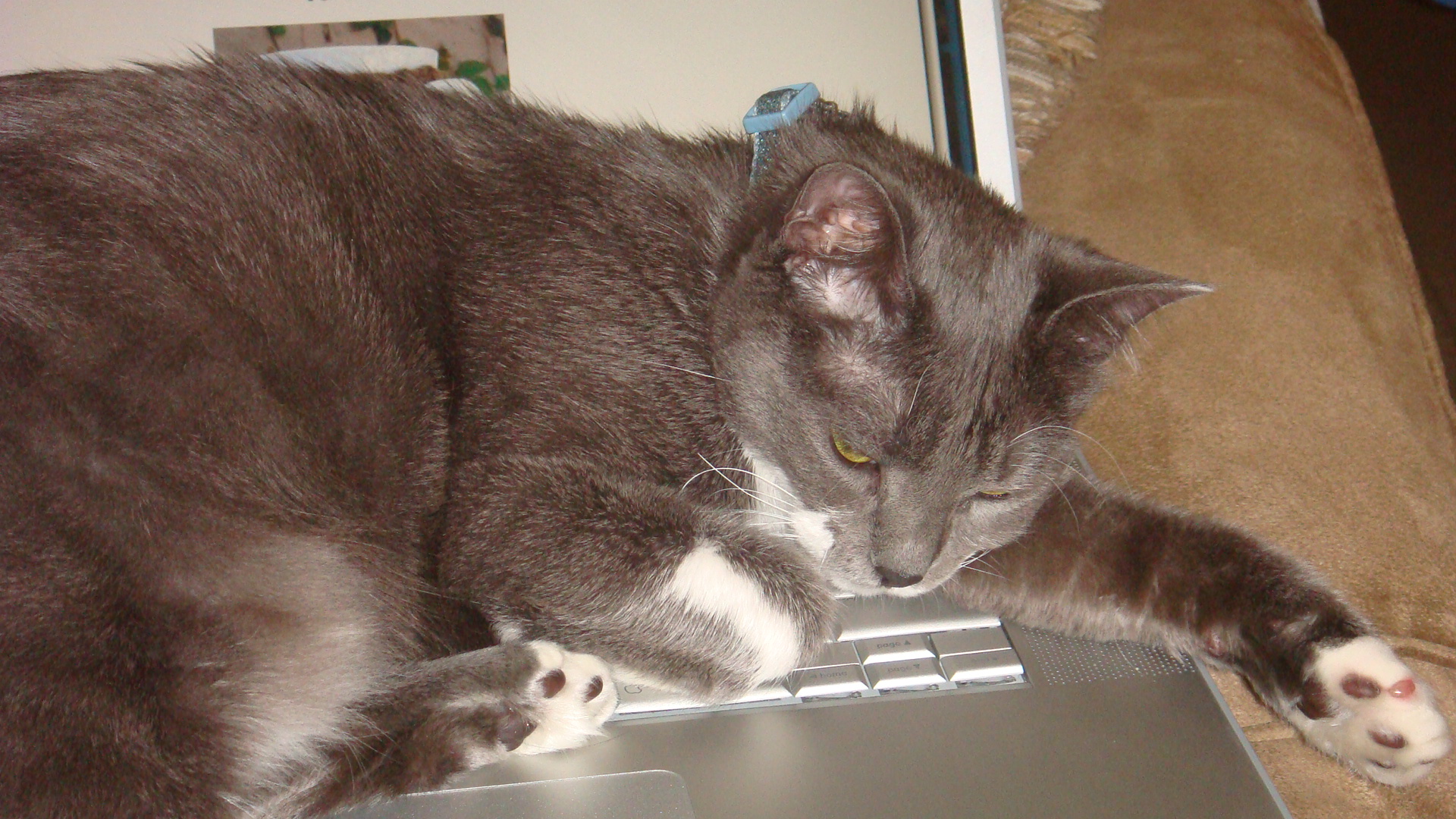 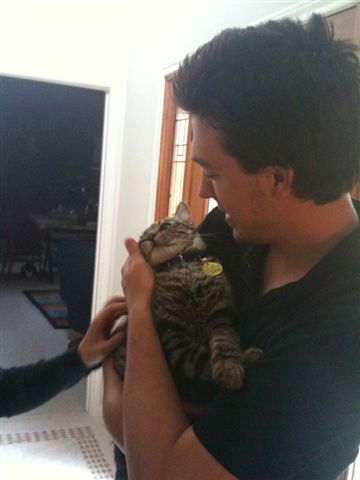 Issac gets some love.