Austin Pets Alive! is proud to announce that web-hosting company, HostGator, has committed to a year-long sponsorship with Austin Pets Alive! that will help provide the necessary funding to help APA! pull even more animals into their programs. HostGator is also a No-Kill Partner this February for the 5th Annual Austin's No Kill Anniversary Party.

“A huge thank you to HostGator for partnering with APA! to help us save even more companion animals,” said Ellen Jefferson, Executive Director for Austin Pets Alive!, “We are looking forward to building this partnership with HostGator throughout 2016 so we can make Austin even better for pets.”

Last May HostGator held an adoption event at their offices which raised over $7,000 for APA! and resulted in seven dog adoptions to HostGator employees. 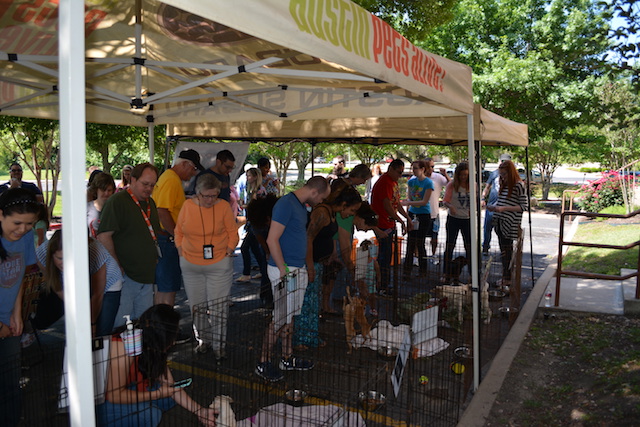 “Austin Pets Alive! is a great organization that HostGator is proud to partner with,” said Kyler Patterson, Marketing Coordinator for HostGator, “We hope that our relationship can impact the lives of animals and humans alike.”

By becoming a corporate partner of APA!, HostGator is providing for APA!'s life-saving programs that rescue over 7,000 animals a year and join in the community's tireless efforts to keep Austin the largest No Kill city in the country.

For more information on corporate sponsorship opportunities and how your business can support Austin Pets Alive!, contact [email protected]