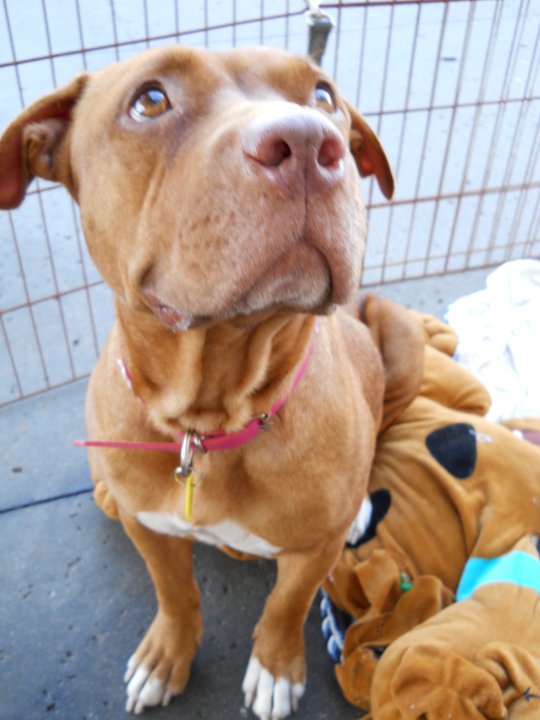 Breed-specific legislation (BSL), bans or restricts certain types of dogs based on their appearance because they are perceived as “dangerous” breeds or types of dogs.

Pit-Bulls (which is a term used to describe a few different breeds, like the American Pit Bull Terrier and the American Staffordshire Terrier) are usually the target of BSL. Some cities have banned them all together. Others have strict laws requiring muzzles in public or purchasing liability insurance. As a result, Pit-bulls make up a majority of the dogs that end up in shelters, and because they are not allowed to be adopted, end up being euthanized for no other reason than their appearance. The misconceptions about this breed are vast. Because of negative portrayal in films and music videos and the medias coverage of stories about pit-bull aggression, Pit-bulls, despite exhaustive efforts still have a bad rap.

Austin has made great strides in overcoming this reputation. However, recently, Texas has seen an upswing in cries for breed-specific legislation, including a proposed breed-specific bill to be presented in 2011. Love-a-Bull has created a petition against the legislation. You can download it on their website.

We hope that you will print this out and get as many signatures as possible. APA!, Love-a-Bull and many other wonderful rescue organizations in Austin have worked so hard to get pit-bulls the love they deserve. Did you know they were even the country's classic family dog back in the beginning of the 1900's? A pit bull was the original mascot for the University of Texas Longhorns!

Get your friends, co-workers, relatives, neighbors to sign this. Know someone with a pit-bull? Make sure they're aware of the proposed legislation and have them sign as well!

If this is passed, Austin, and Texas, will NOT be able to reach it's goal of No-Kill. Please help us in our efforts to prevent this legislation and protect this beloved breed.

PS. Austin Pets Alive! is supportive of laws that target bad owners with dangerous dogs. However, we believe the data is clear that banning certain dogs based on their looks does not increase public safety. In fact, most communities see increases in dog bites after passing BSL because the limited animal control resources they have gets diverted from truly bad owners and their dangerous dogs to seizing animals based on a certain look.