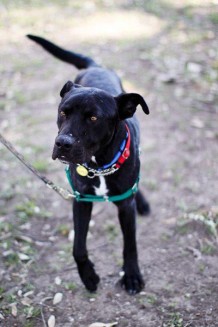 We've talked a lot lately about the "last 10%" of the dogs still dying at Austin Animal Center.  You've probably heard us refer to the final savable group not in need of hospice; medium to large breed dogs with behavior challenges.  We've shared that these dogs are still dying in real numbers each month at AAC (57 dogs in January 2012) and told you what we are doing to help.

Now, we'd like to start introducing you to the dogs in the last 10% - putting faces and stories to dogs we don't want to be just a number.  We hope that you'll decide to help us help them.  Our biggest hope is that you too will fall in love and take one of these amazing animals home.

The first of these dogs to completely steal my heart was Leroy.  I went to meet him his first week with us because he came with a reputation.  He'd been locked at AAC and not gotten much interaction in the 4 months he spent there.  Before that, he was picked up by an Animal Control Officer many of us know who shared that Leroy had not exactly been living a great life before he came to the shelter.

My first impression of him made me sad but it also gave me a lot of hope.  When I first took him out, Leroy didn't want anything to do with me.  He was so rigid that petting him was like petting a wooden board.  He didn't want to look at me and would take some treats reluctantly only if I turned away and held out my hand, not requiring much interaction from him.  He also warned me that he did not want his rump touched.

Within about 15 minutes, however, his behavior started to shift.  I started asking for little bits of interaction before I'd give him a treat .  I got down on his level and talked to him.  As I was down there, he came over and leaned his head into my chest.  Earlier in my time working with behavior pups, I probably would have cried and thought, "Oh this poor dog."  The dogs have taught me that they don't want tears or dwelling on the past so, instead, I simply thought, "Yes, Leroy.  I love you already too and we're going to figure this out."  Instead of dwelling on the past, we were going to focus on the possible.

It was apparent pretty quickly that Leroy didn't have much of a frame of reference for what it meant to interact with people or be a companion animal - at least not a positive one.  In the play yards, he didn't run or play.  He'd just stand and kind of loiter around and pee on stuff.  I couldn't get him to chase a ball and even trying to get him to chase me just resulted in his loping slowly behind me looking confused.

In the life rooms, he was a total nut.  He tried putting everything he saw in his mouth - from shoes on the floor to the actual mattress on the bed!  He also wanted to pee on everything and was super confused by things like a mirror, a jacket on the wall, or the radio.  The first time I tried turning on the radio, he charged it and then stopped and stared at it, periodically looking at me like, "What is this thing, lady?" 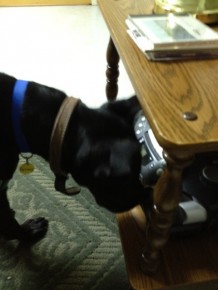 Despite his challenges, Leroy was creating a pretty clear training plan for himself and he was making progress quickly.  We worked on house-training using the life rooms just as you'd do in a regular home and Leroy's behavior improved by half each time he went in.  He now knows that toys are his and things like the armchair are not for nomming or peeing on.  It has been weeks since I've had to stop an indoor pee and take him outside and he only needs the occasional reminder that soft things belonging to humans don't go in his mouth.  :-) 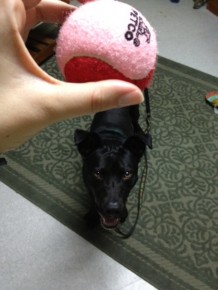 What's more, his entire demeanor has changed.  When I greet him now, he gets full body wiggles.  His face and mouth are much looser and his expression is a big, goofy smile.  He is learning to play, to interact with people and enjoy it, and even to start actually relaxing.  It's as if he's re-claiming his puppyhood and watching him is hilarious and incredibly endearing.  Instead of being shutdown and aloof, he's full of enthusiasm and mischief.  And that first night head lean was indicative of the many snuggles to come. 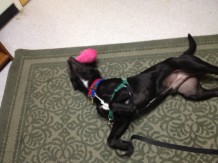 For Valentine's Day, I got Leroy a pink elephant and a pink tennis ball.  He rolled around, tossing it for himself and then hopping and pouncing after it.  He was creating his own game, something that's second nature to a lot of dogs but that he never would have done a few weeks ago.  It was awesome.  He also checked in periodically either to get loved on with that giant, goofy grin or to see if I'd toss his elephant or the ball. 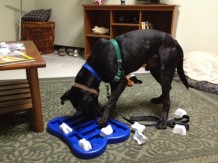 To get Leroy to play, interact, and learn to use things other than his mouth, we worked a lot of puzzle toys and enrichment/boundaries games with him.  His favorite puzzle toy is the one pictured above.  At first, he wanted to just use brute force to get to the treats inside.  He can now solve the toys rapidly by sliding, pushing, lifting, and using all of the new skills he's developed.

Where he used to get overstimulated, frustrated, or confused learning new commands or practicing things like holding a sit with distractions or playing too bad/take it, he is now a training rockstar - launching full speed into sits, downs, or targets and holding his sit while I jump up into the air right in front of him. 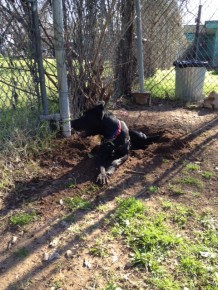 Leroy has also learned how to run.  His days of confused loitering have turned into full on zoomie fits.  The first time he did this, inspired into launching forward by a game of toss the treat, he was incredibly awkward and so heartwarmingly cute it was almost too much to watch.  He looked quite literally like he didn't know how to run and kind of galumphed around at top speed from one end of the yard to the other, stopping with a smile as he panted and looked at you expectantly, and then taking off again as soon as you yelled, "Go Leroy!"

In the weeks that have followed, his run has smoothed out and he has started learning recall (coming when called).  His leash manners are also improving greatly.  Leroy is ready to go home, likely to the first home he'll have ever had. 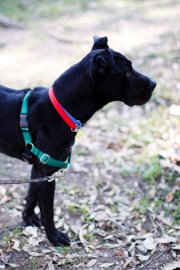 Leroy will still need continued training but he comes with a training scholarship to get him started off on the right paw at home.  He has been going to tutor days at The Canine Center for Training and Behavior where they love him and will happily support his adopter.  To meet this wonderful, silly boy and continue his journey with him, please email [email protected].

Leroy is a perfect example of the dogs in the last 10%.  At APA!, they are the Louie's Fresh Start dogs and have a tendency to be volunteer and staff favorites.  It is easy to look at a dog like Leroy and say he's damaged and that euthanasia is the humane option.  It's not.  We need to listen to dogs like Leroy and look at what they've proven to us time and again.  They don't want our sad sympathy, they want our help.  They don't want us lamenting how we just don't know what to do, they want our action and our love as we do all we can.

They want a chance.

You can set up a recurring or one-time donation here - just select "dog behavior program" in the program dropdown so we know your donation is to pay for training.  And $25/month makes you part of our Constant Companion Club!

Visit our program page and follow the LFS dogs on facebook to see how else you can help give these dogs a chance.