Big, black dogs often get a bad rep of being scary. We grow up seeing them portrayed as police dogs, guard dogs, or the bad dog, snarling their teeth if you come too close. People sometimes feel that same fright when they see Cash; that is, until he rolls over on his back to receive snuggles and belly rubs.

When Kathleen and her husband Adam moved from Chicago, there was one huge factor that pulled them to Austin: it being one of the most dog-friendly cities in the country. The plan was to wait a year before they adopted, but after just three weeks of living in their new city, Kathleen found herself at APA!. At first, her connection to APA! was that of a volunteer. On her way in and out of APA!’s old Manchaca location, she would always pass the row of puppies. Considering puppies are wiggly and friendly and all around bundles of joy and love in a small package, it’s no surprise that puppies are the first dogs typically adopted from shelters.

Kathleen and Adam’s lives changed on the day Kathleen noticed a peculiar puppy. A puppy who wasn’t as wiggly and energetic as the others: “I spotted [this puppy] in the long row of kennels … alone (other puppies shared a cage). His eyes were bright, but I could see his hip bones through his black, cotton-ball-like hair. His snoot had little crusties all over it and was leaking a little. I started talking to him and he just starred with his head resting on the floor. No wags. He was so unlike any puppy I had met, so focused and curious, especially [for being] four months old. Although the top was open, I knelt in front of the cage and called to him. He struggled to get up a little, sat and pressed his body against the cage, quietly received some scratches, and then sauntered to the back of the cage again and laid down. I immediately called my husband, and told him I found him. That we we're looking at each other right now."

Before bringing their new baby home, the counselor let them know that he might not make it. APA! had treated him for potential distemper, and was currently treating him for a URI, since he was three weeks old. They were doing everything they could, but this sweet boy still often ended up in the ICU. That didn’t matter to Kathleen and Adam. They knew that they wanted to give him the best life possible for whatever time he had left.

“He really was ‘a little bag of bones,’ as my husband commented, on the day we adopted him. We were worried. He struggled to find energy to do anything at first.” Since he wasn’t able to run about, the tiny puppy instead chose to hang out under the dining table because it was cool and dark, a safe spot where he could always keep an eye on his parents. “One day, Adam and I were laying on the floor looking at him under the dining table and said, ‘How about Cash?’ (after Johnny Cash) and he cocked his head a little. It was a response! So, that was it. He walked the line, he was dressed in black … Cash it would be,” warmly shares Kathleen. It wouldn’t be long before Cash would begin to gain weight and energy, and grow into a bright, young pup.

During a fateful vet visit, the couple were told that he would make a wonderful therapy dog because of his kindness – but that his best quality was being able to understand and read people due to his impressive emotional IQ. Cash has since gone down the path of emotionally supporting humans and other pup friends as well: “He’s helped socialize so many fearful or dog-aggressive animals over the years I have lost count,” recalls Kathleen. “We have met so many folks in Austin that share, ‘I wish my dog could along with at least ONE other dog.’ We always keep it safe, but I can't recall a single failure. He can literally get along with any dog. It's amazing and his strongest quality. He is calm but confident at all times, and it really sets dogs and people at ease.”

Cash now spends much of his time offering his comfort to others. You can find him at nursing homes, in disaster relief situations, hospitals, etc. This isn’t met without personal challenges, though. We’ve all heard the phrase, “Don’t judge a book by its cover,” but in the animal welfare industry, that’s a stereotype we are still fighting against in 2019. In the words of Kathleen, “He’s big, he’s dark, he looks like a police dog and every “evil” dog in a fantastic movie ever.” The way he appears translates to some individuals as scary, and therefore they decline his comfort.

For those who may be a bit fearful but want to get to know him, Cash has a method to winning them over, “He slowly lays and rolls to his side. He doesn't beg. He isn't excited. He doesn't make eye contact. He's just completely calm. It really disarms people. Ninety-nine percent of the time he wins them over with his calm nature and expressive ears. We work together to help people overcome their assumptions and fears about big, scary looking dogs.” It’s safe to say that once people see Cash’s true nature, those fears quickly fade away.

Adam and Kathleen’s dogs are their life. The pups give the couple the chance to spend more time together, get out and socialize more, enjoy the outdoors, and become a real part of Austin; but they’ve found their most joyous moments are when Cash breaks down stereotypes surrounding dogs who have similar appearances.

APA! works to break down stereotypes surrounding all animals so that they have a chance to thrive. Cash was rescued from San Antonio, where he likely would’ve been euthanized based on how sick he was. Instead, he found his forever home where he receives nothing less than unconditional love. In return, he shows his love and appreciation by comforting our community. 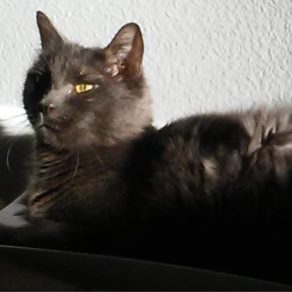 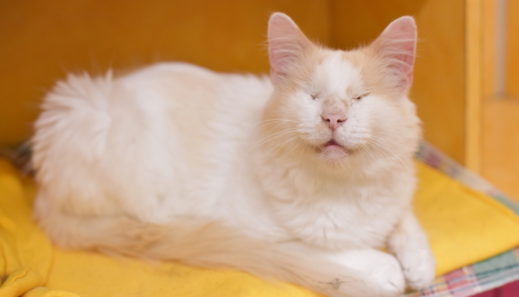 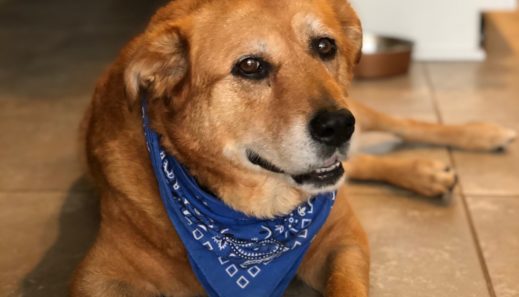 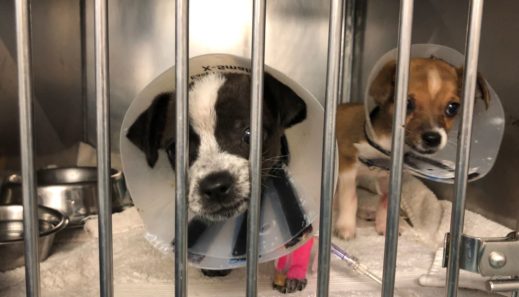