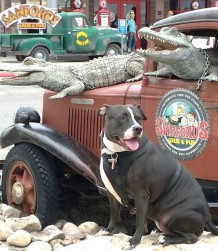 Hi! I’m Lulu Bella and I want to share a bit of my story with you, and I want you to read it all because there’s a role for you in this. In January 2012, I found myself in the shelter at Austin Pets Alive!. Right away everyone seemed to agree that I was a smart girl – which is great! Unfortunately, I was pretty young too, with a lot of strength and determination to go in the direction I wanted to go and not in the direction that people wanted me to go. Other dogs would excite me too– so getting me out of my kennel sometimes proved to be a little tricky.

For a long time, I had a roommate and everyone thought we were good friends. But one day we got into a pretty bad fight. That might have been the moment when people started to worry about me. When I wanted to follow the rules and do as I was told, everything was great. When I decided I wanted to be rambunctious I usually made bad choices and got myself into trouble. And then one day, after I had been in the shelter for 6 long months, I met Mike, and he helped me change all that. 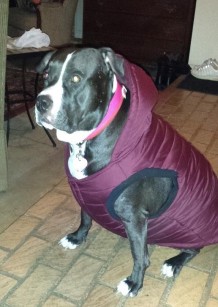 Mike is sort of the “behavior guy” at APA!. When we met, he made an honest effort to get to know me—not the pup I had been in the past but the me that I wanted to be. He gave me a fresh start and really wanted to see me shine. And shine I did! I still had my fair share of bad days –but I had Mike to help with tips, tricks and rules for the people working with me. Mike knew how far we had come together and he never wanted my bad days to set me back. I wasn’t a “bad” dog. I just needed a little more structure and his Behavior Team made sure that happened.  These great people spent their days learning about me and helping me work through my troubles. I continued to improve and with all my brains I was unstoppable! I’m actually APA!’s first official Canine Good Citizen?! That’s right. This girl is a star! 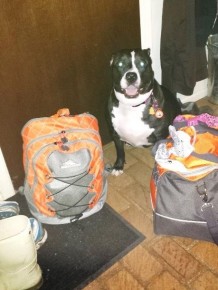 So you’re probably wondering what I’m getting at, right? It’s simple. Without APA!’s Behavior Team, my story may not have ended as happily as it did. You see, in July 2013 I was adopted by two amazing people. Since then, I’ve become quite the road-tripping co-pilot. I’ve been to Colorado and Wyoming and New Mexico and Oklahoma and South Dakota. I’ve celebrated my 4th birthday, gone to the drive-in, and I have a puppy wardrobe that’s to die for. I’ve done things that I would have never been trusted to do back in 2012. The Behavior Team gave me just the right amount of pep in my step to confidently go out into the great big world and be a great companion and family member.

I could never thank the Behavior Team enough but I can try to help other dogs just like me.  A few bad days shouldn’t stop any dog from having his or her own happily ever after. Now, the great people at the PetCo Foundation have offered APA! $10,000 if we can raise our own $10,000 by November 20. I know it seems like a lofty goal but imagine how many lives we could change together if we’re able to meet the goal! Won’t you help more dogs that just need some understanding and a chance to act right?  Click here to donate now. 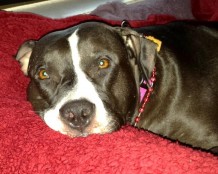