Austin Pets Alive! Is The Last Chance For Many “Broken”, Unwanted Pets In Central Texas

May 24, 2016 (Austin, TX)- A newborn puppy discovered alone and covered in fleas and maggots, a two-month old husky mix with paralysis in her hind legs and an adult Pyrenees mix with a condition called Mysathenia Gravis have all come into Austin Pets Alive! within the past week. 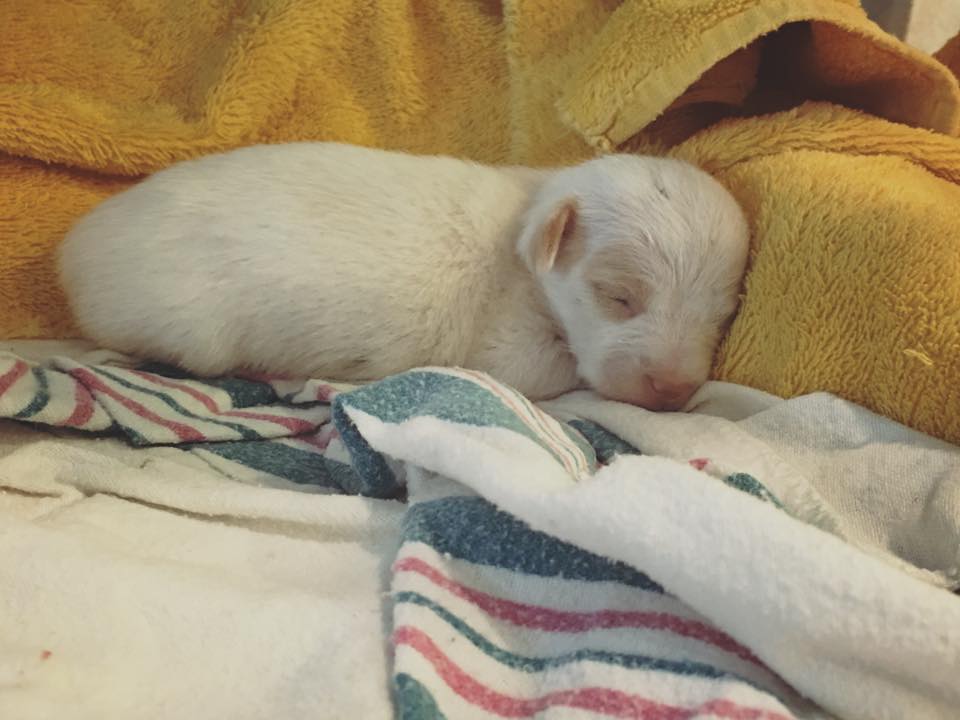 Magpie, at almost two weeks old, did not even have her eyes open when she came into APA!’s care. The chihuahua mix was malnourished and covered in fleas and maggots. APA! was her last chance. “Newborn puppies without their mom can be difficult to help thrive at such a young age,” stated Mallie Morgan, a veterinary technician and Magpie’s medical foster for Austin Pets Alive!. “Magpie requires special feedings and a close watchful eye. Given the condition that she was in when she first came to us she would not have survived much longer. The around-the-clock care that we give to these newborn bottle baby puppies is truly what saves their lives.” 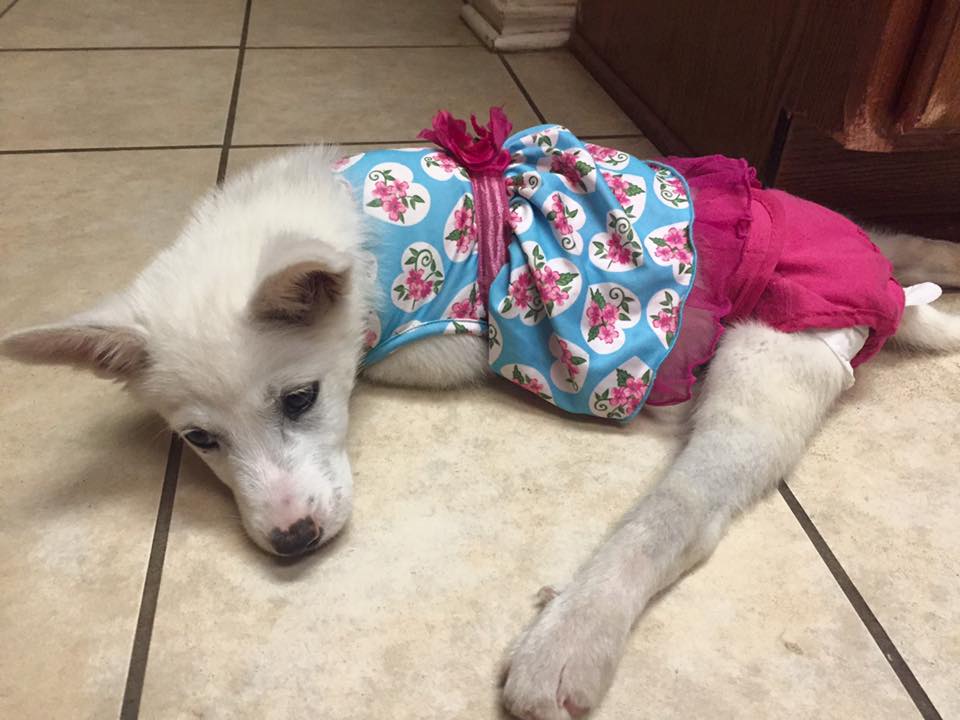 Elsa Rose is a two-month-old white shepherd mix puppy who has lost function in her hind legs for unknown reasons. She was transferred to APA! because of their previous success finding happy homes for dogs with similar medical issues. Elsa Rose’s foster, Faith Wright stated, “Elsa Rose is a super sweet girl who has a lot of determination. Even though she is unable to walk she can army crawl nearly anywhere including out of the doggy door in my home.” Elsa Rose will likely need a wheelchair to provide her with more mobility as she gets older. 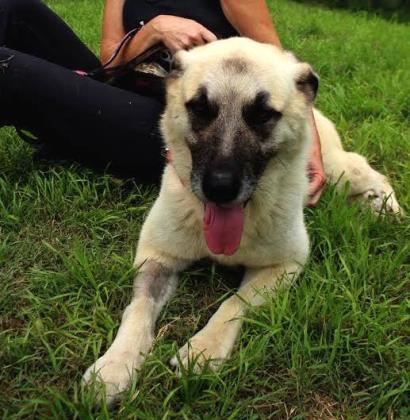 Jackson was transferred to APA! from Austin Animal Center as a medical case. Originally found as a stray unable to stand or walk, APA! diagnosed him with Mysathenia Gravis, a condition that causes muscle weakness due to a defect in the transmission of nerve impulses to the muscles. For Jackson, this chronic autoimmune neuromuscular disease has decreased his ability to use his hind legs with noticeable muscle loss and he must be assisted with the use of a sling during his short walks at the shelter. In spite of that, Jackson tries very hard to jump up and greet new visitors to the shelter.

Traditionally, in shelters across the country, critical newborns like Magpie or medical needs dogs like Elsa Rose and Jackson would not be considered worth saving because of the extra care they require.

Dr. Ellen Jefferson, Executive Director of APA! said “Our philosophy is to get to know every animal as an individual. When they show a will to live, we make every effort to save them. After five years as the largest No Kill city in the country, APA! can point to many successful placements of dogs and cats with these kinds of special needs. We believe they are lives worth saving and there are very special homes out there just right for them.”

Austin Pets Alive! depends upon the community’s help to continue saving animals like Magpie, Elsa Rose and Jackson. Donations make a direct impact where it is most needed: https://donatenow.networkforgood.org/austinpetsalive?code=brokenpuppies APA! has rescued more than 1,600 dogs so far in 2016 and animals continue to arrive.