April 1, 2016 (Austin, TX)- Austin Pets Alive! has rescued Frankie Puddin, a rottweiler mix puppy that had a severe autoimmune reaction to either vaccinations or preventatives that caused him to have seeping wounds and infections. Initially thought to be a contagious form of mange, the Austin Pets Alive! Medical Clinic made Frankie Puddin as comfortable as possible while he recovered from such a severe reaction. APA! also confirmed intake of two cleft lip puppies in the last day, one of which was only hours old. These two puppies will need round-the-clock care and specialty formula to insure they thrive. 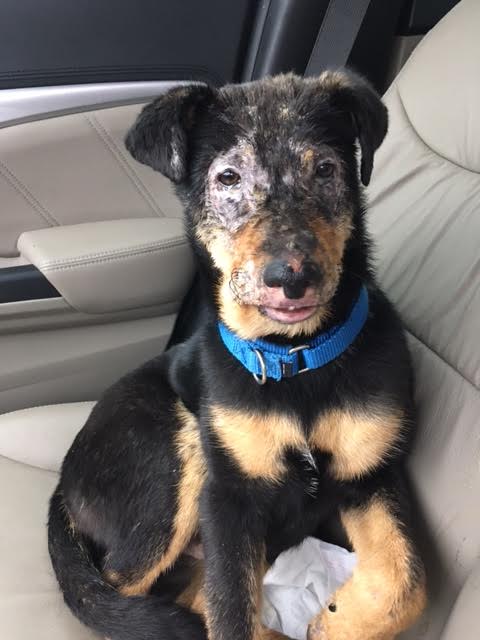 According to Frankie Puddin’s original plea for help from Bastrop Animal Shelter, he was found as a stray and was approximately three months old. Upon intake at Austin Pets Alive! it was noted that Frankie had hair loss on his face, as well as scabs, inflamed lips and irritated eyes. After the autoimmune reaction was diagnosed, wounds on his face and feet were cleaned and debrided to promote healing.

“Frankie Puddin is such a sweet boy and he had a rough start,” says Mallie Morgan, an Austin Pets Alive! Medical Clinic Vet Tech who is fostering Frankie Puddin. “Frankie had a reaction to vaccines he was given that caused a reduction in blood flow to his skin resulting in a terrible skin infection that affected his face and feet. He was unable to walk and required intensive treatment and daily bandage changes. He is on several medications that are helping to clear up the infection and help the blood flow to his skin cells again. With medicated baths every other day and creams for his skin, he is responding well to treatment and turning into a happy, playful puppy.” 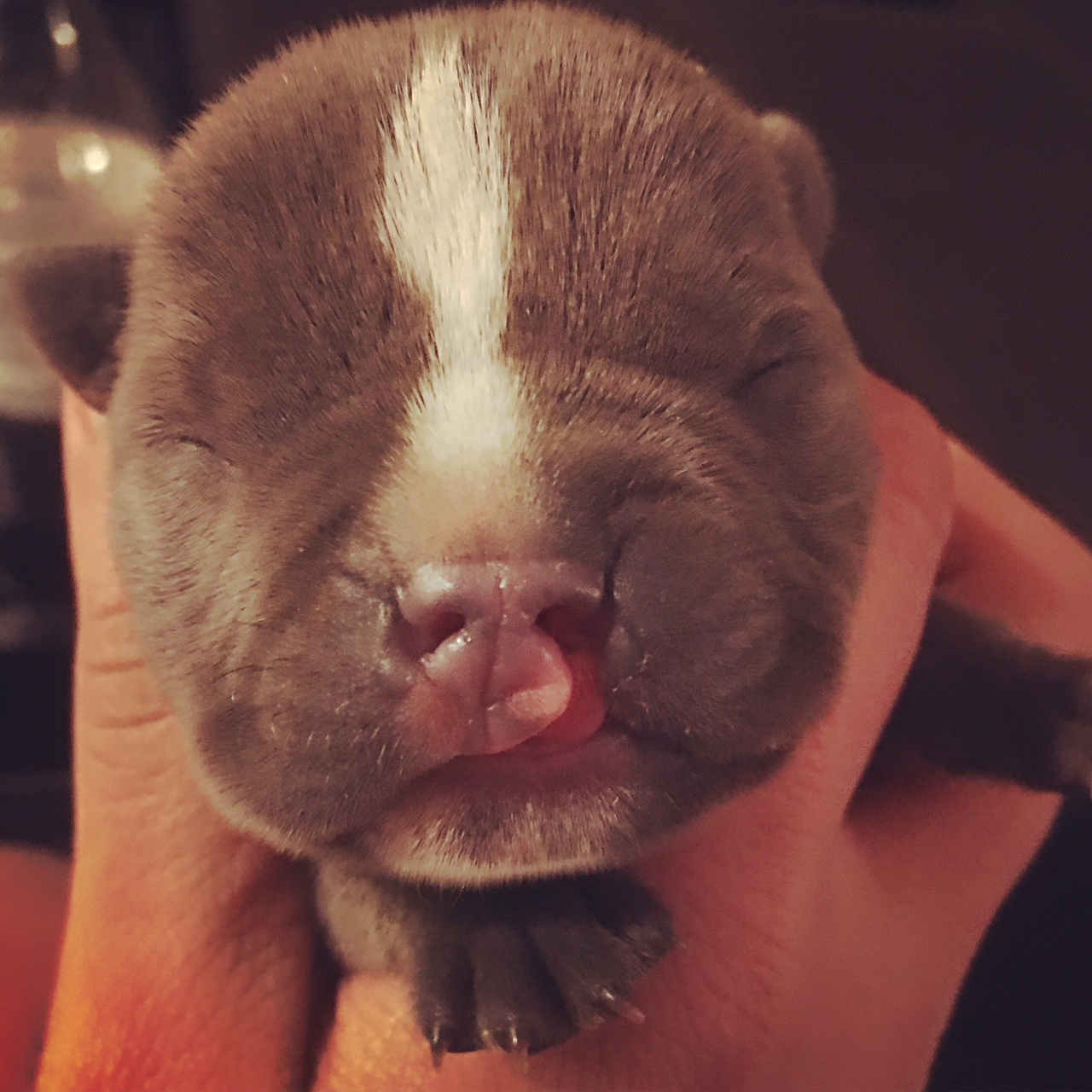 Mallie Morgan is also fostering a cleft lip puppy named King Tut who recently came into APA!’s programs. “Cleft palate puppies can be difficult to help survive and thrive at such a young age. They require special feedings and a close watchful eye. Puppies like King Tut will need special treatment their entire life but can live mostly normal lives as adults. Hopefully when King Tut is big enough he will be able to have surgery to help correct his cleft.” 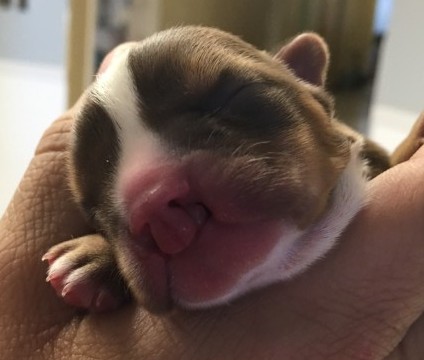 Hiro, a second cleft lip puppy taken in the same day, was born on March 30. “He has a double cleft, with both a cleft lip and a cleft palate on the left side. He will have to be tube fed until he is ready to move on to solid foods. Eventually he will require surgery to correct his lip and hopefully the cleft palate will heal itself as he grows,” said Faith Wright, the Facilities, Information and Legal Services Manager for Austin Pets Alive! and Hiro’s foster. “We were told by an expert that these cleft babies thrive when tube fed with a goat’s milk formula, which helps to prevent pulmonary aspiration, but is more expensive than standard formula.”

Traditionally, in shelters across the country, puppies thought to have mange like Frankie Puddin or any cleft palate newborns like King Tut and Hiro, would not be considered worth saving because of their need for intense medical treatment and round-the-clock care. Austin Pets Alive! believes each of these animals is a life worth saving and it is consistently taking the most difficult medical cases into its programs, proving that keeping Austin, Texas, a No Kill city is not only possible, it is sustainable for shelter pets across Central Texas.

Austin Pets Alive! is a 501(c)(3) (nonprofit) organization. Austin Pets Alive! is focused on helping the healthy and treatable pets at risk of euthanasia at city shelters. Our mission is to promote and provide the resources, education and programs needed to eliminate the killing of companion animals.