October 5, 2015 (Austin, TX)- ­​A​ustin Pets Alive! rescued a puppy that was left at a Texas­ area shelter with his legs bound together with tape. The puppy also tested positive for parvovirus. 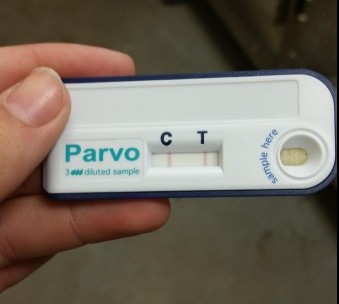 According to the original plea from the Fort Worth Animal Shelter, Jack Reacher was left at the shelter with his legs taped together. He was covered in fleas and ticks and extremely lethargic. Transportation was arranged to get Jack Reacher to Austin Pets Alive! to save his life.

Katie Kresek, the Austin Pets Alive! Parvo ICU Team Manager stated about Jack Reacher, “When he got to APA! he had lots of half­-healed cuts and abrasions and couldn’t use his back legs but tried to scoot around on his front legs. He was immediately started

on IV treatment for parvo and painkillers for his injuries. He was critical for a couple of days. Even when he was at his lowest due to pain he still wagged his tail when he received attention in the ICU.”

Traditionally, in municipal shelters, puppies that test positive for parvovirus, and all their cage mates, are euthanized due to the highly contagious nature of the virus to other canines.

The first of its kind in the country, Austin Pets Alive!’s Puppy Parvo ICU, is the only place in the state for shelter puppies from all over Texas to go for life saving treatment. APA! takes in around 500 puppies from traditional shelters annually and places them in a quarantined ICU for intense treatment to get them healthy. The highly contagious parvovirus affects unvaccinated puppies and if left untreated becomes life­-threatening. Following treatment, these puppies become adoptable and grow up to become happy and healthy dogs with no lingering problems from the virus.

Brittney Thompson, a member of the Austin Pets Alive! Medical Clinic Staff and Jack Reacher’s foster parent said, “Jack Reacher is now my foster. He has a long road to recovery but is doing better every day. He wouldn’t eat on his own for a while, during his stay in the parvo ward. When he came out he was only eating baby food. I’ve had him for a week already and he’s gained a pound and is now eating puppy food. He is covered in scabs and scars, some of which are due to his legs being taped, but is the sweetest puppy ever. He’s even potty trained and crate trained. He’s amazing and I’m so happy to see how well he’s improving every day!” Jack Reacher still has a road to recovery for his legs, one of which was broken. 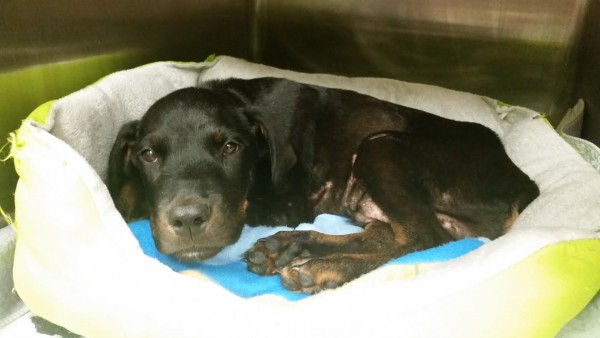 Austin Pets Alive! needs the community’s help to save innocent puppies from Parvo Virus. Donations to their Parvo ICU continue to save the lives of puppies like Jack Reacher: https://donatenow.networkforgood.org/austinpetsalive?code=JackReacher