February 13, 2016 (Austin, TX) - Austin Pets Alive! is excited to announce their very own Batman has graduated his training with Universal K9 and is now a member of the Lancaster ISD Police Department as a drug detection dog. 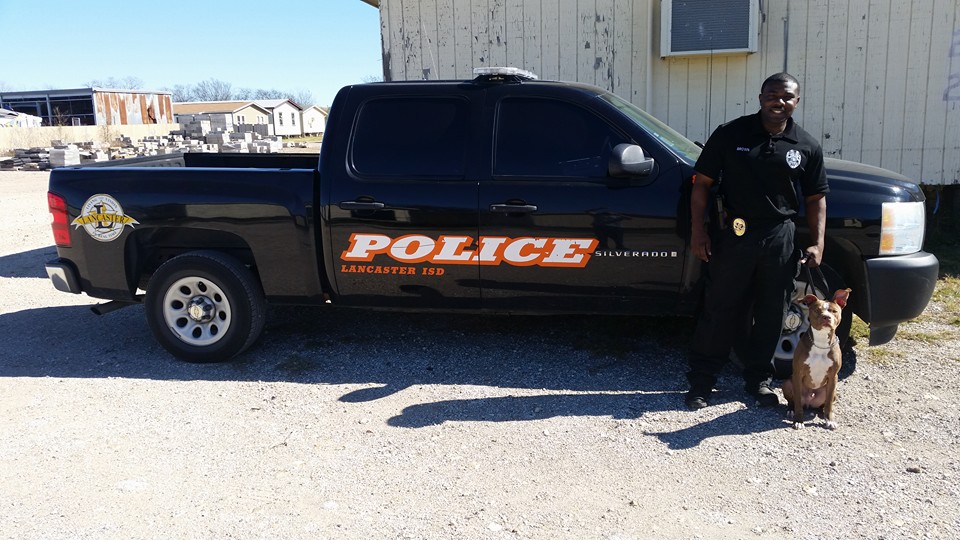 Batman joins a list of five other graduates from APA!, Finn, Lolli, Ruby, Kendall & Lucky, who all completed training with Universal K9 and went on to become working dogs in police departments across the country.

“All they need is a chance to prove themselves and these dogs will work every bit as hard as the purebred dogs that we bring in from overseas,” stated Brad Croft from Universal K9, “These shelter dogs are no different than any other breed of dog. After they’ve been shown how to do a task and you get them focused they become productive. When I first got Batman he had a ton of energy and now that we’ve focused that high energy he is an amazing working police dog helping the school kids in Lancaster ISD.”

The partnership between Universal K9 and Austin Pets Alive! is made possible by a grant from Animal Farm Foundation which covers the costs related to training and placement of the shelter dogs and the training for their police handlers. One important element of this partnership is the absence of breed selectivity in choosing the dogs for the program. Both Universal K9 and Austin Pets Alive! agree that every dog is an individual and any dog with a high toy drive can excel at this type of work. 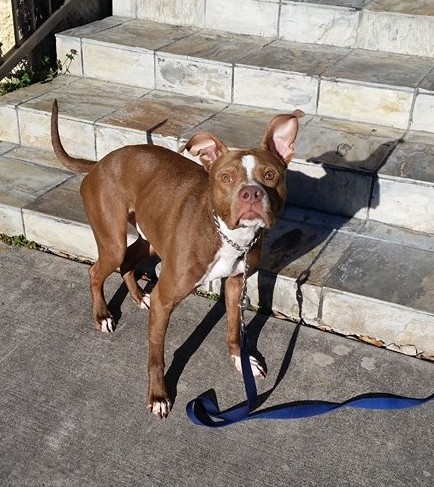 Too frequently generalized and mislabeled an aggressive breed, as a pit bull mix, Batman’s work with Brad during training to become a drug detection dog proves that labelling is a harmful misrepresentation for all pit bulls and shelter dogs in general. Batman’s film namesake once said, “It’s not who I am underneath but what I do that defines me,” Austin Pets Alive! is proud of their superhero alumnus.

“The partnership has been incredible for our dogs,” stated Mike Kaviani, Dog Behavior Program Manager from Austin Pets Alive!, “So often, dogs that excel at this type of work are not really happy being asked to be a typical house pet. They are often too athletic, too smart, and too driven, and crave the opportunity for consistent outlets for these traits. Brad's amazing program allows some of our brightest, most talented dogs to live the kind of life they were meant to live, while also providing a great service to our communities.”