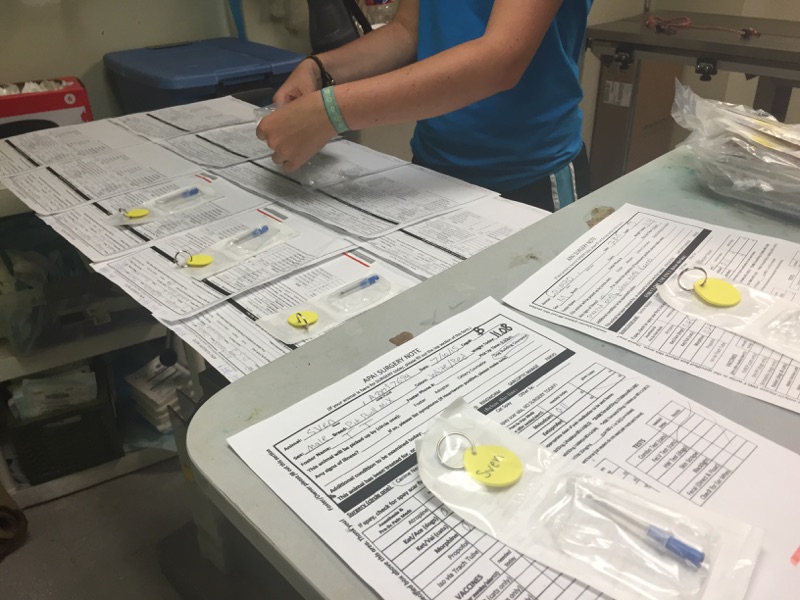 From Memorial Day to the end of June, APA! brought 344 more animals into its programs than over the same time last year, in large part due to the floods and ongoing storms. Many of these were sick with respiratory infections or too young for surgery but are now healthy enough. Because there are so many of them, APA! is holding a marathon spay/neuter event, where approximately 170 APA! cats and 40 APA! dogs will be spayed and neutered.

As of the end of June, APA! had 1,074 cats in programs and 720 dogs in programs. Taking animals from flood-affected shelters and an unusually heavy kitten season have greatly impacted all of APA!’s programs.

To help alleviate the population overflow, Austin Pets Alive!, Austin Animal Center and Austin Humane Society are partnering to promote $25 adoptions for animals on site and in foster. Any cat older than 8 weeks and any dog over the age of six months will be $25 to adopt (some exclusions apply). The Austin community stepped up in a big way on Memorial Day to help APA! with their foster needs at Town Lake Animal Center and now the same is needed with adoptions.