Before she went to foster, in the Austin Pets Alive! Bottle Baby Nursery, you would inevitably hear India before you saw her. Through the hustle and bustle, her strident kitten voice would cut through the quiet:

"WHERE IS MY DINNER?"

Woe be the volunteer who was late with her royal highness' food. She would be through the cage door like a shot the second you opened it. A few headbutts, and a paw to your hand to let you know she was happy for the attention, but very hungry. Like most growing kittens, she'd settle down to business and begin eating. And then you might start to notice that India looks a bit different. As mentioned in a previous post, India was infected early on by a common virus that has left her blind. 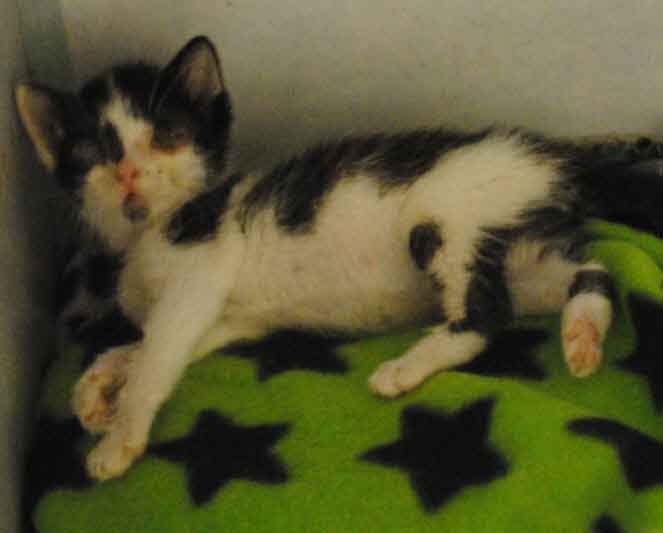 Her condition is feline viral herpes conjunctivitis. This condition is very common in young kittens coming from the shelter. The conjunctiva is the thin layer of transparent tissue which covers the eye. Feline herpes is contagious between cats, which is one important reason that cats should be vaccinated. The FVRCP vaccine helps prevent the spread of this disease, so a cat with feline herpes can live just fine in a home with other cats as long as vaccinations are current. In extreme cases of viral herpes, the eyes are badly inflamed which can lead to blindness. In India's case, by the time we got her at only two weeks old, the damage was done (kittens receive vaccinations at 6 weeks old). In fact, India's eyes were enlarged 3-4 times the normal size and were matted over with what looked like scabs. This is sometimes referred to as having the "eyes explode." Regular application of medication helped reduce the severe inflammation and the matting healed, although some scar tissue remains.

But because of APA!'s innovative Bottle Baby program, India has a great prognosis. In the Nursery, she had access to round the clock feeding and care, and now she is in the comfort of a foster home, where she will learn to safely explore and continue important socialization with both people and her brother, Ian. Every single day she is growing big and strong. 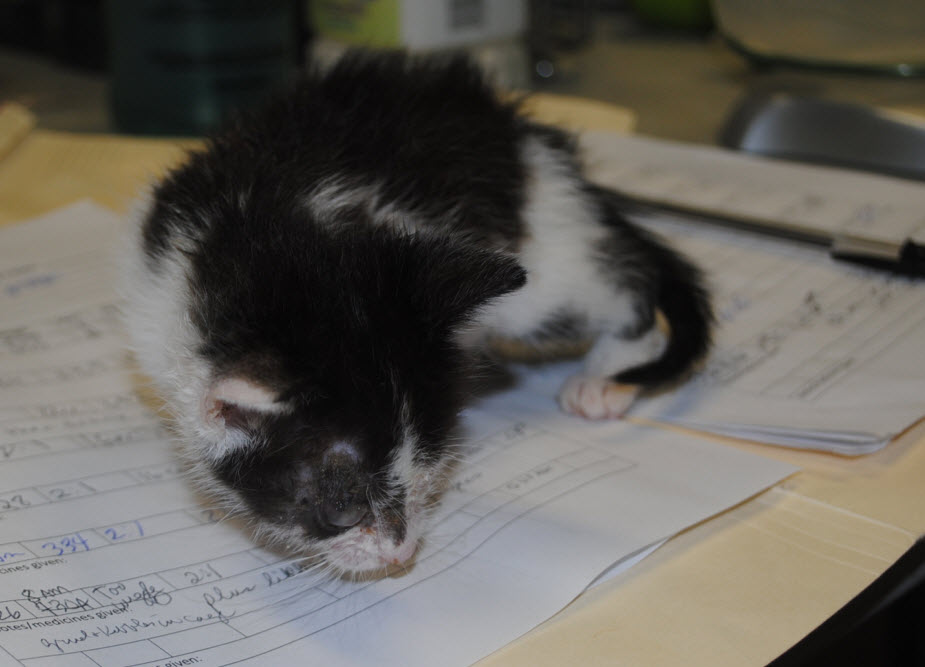 India doesn't know there's anything wrong with her. As far as she knows, this is how kittens experience the world. Once she has her dinner, India will start playing like any normal kitten. A favorite game is to knock pens off the table...if there is one nearby, she will surely find it!

In order for India to have a good quality of life, her damaged eyes will need to be surgically removed once she is big enough for the procedure, probably in two to three weeks. Please consider donating toward her eye surgery, which is estimated to cost about $300. Your donation ensures that APA! can continue to take in kittens like her and give them all a fighting chance.