When Lisa Maxwell saw a post on local writer Spike Gillespie’s blog (http://spikegillespie.blogspot.com/2011/01/and-winners-are.html) about the Kick Ass Awards, she knew right away she wanted to nominate someone. Partly because she said she knows a lot of people who kick ass, but also because she thought the trophy was AWESOME! (it's a trophy of a person with their leg-up kicking the rear end of an donkey). 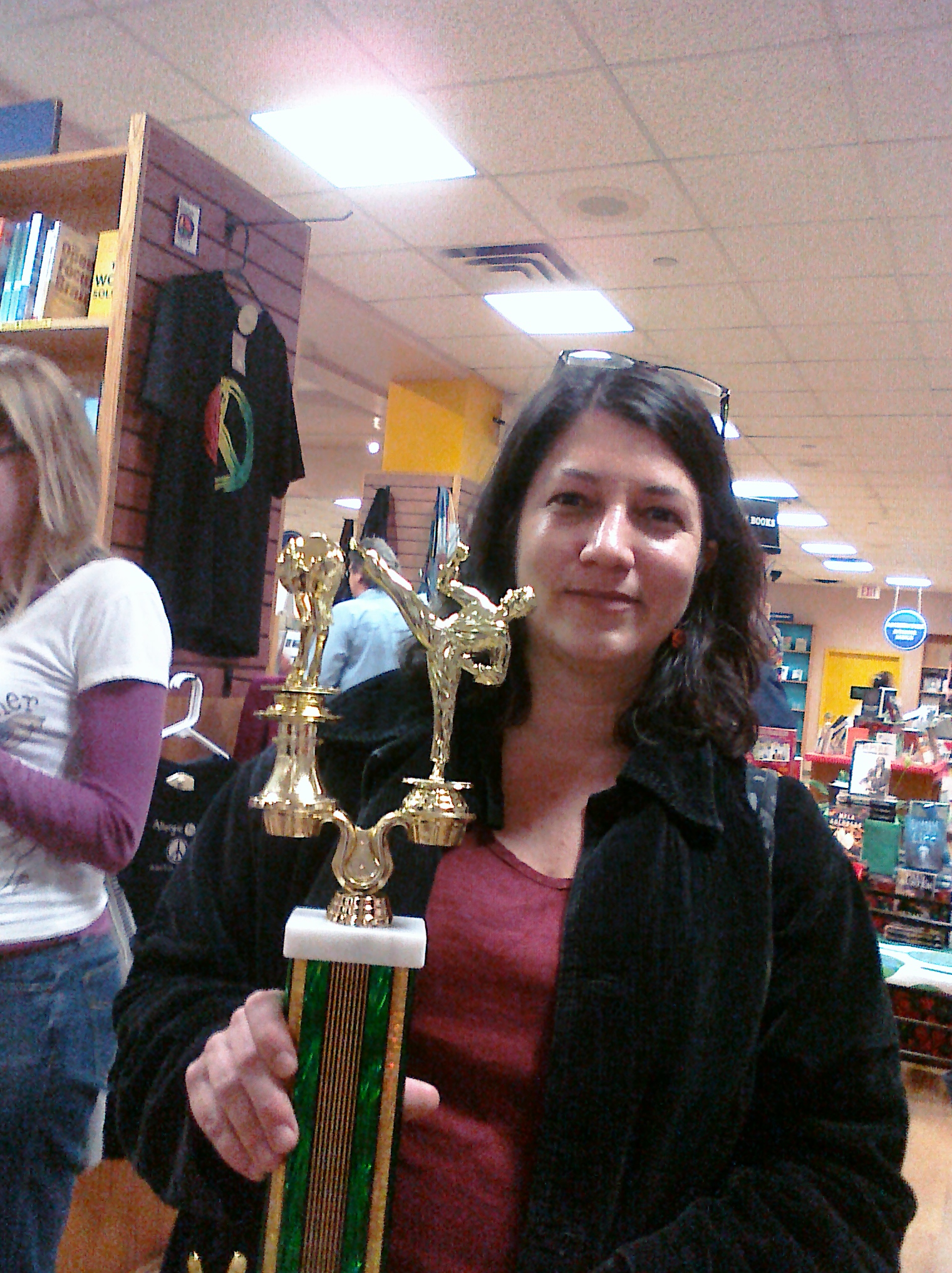 Lisa wrote to me, "There are many amazing volunteers at Austin Pets Alive!: Ann, who coordinates the Dog Foster program and Gretchen who has been largely responsible for APA’s fantastic branding are two unsung heroes I’ve talked to the most. But there’s one volunteer who does more to fulfill APA’s basic function of saving animals than any other I know– and that’s Palmer Neuhaus. And I wanted to recognize her."

So here’s what Lisa wrote about Palmer:

"Palmer has been a quiet, yet integral part of APA’s massive success in saving animals who were in danger of imminent death at TLAC. For nearly two years, Palmer has walked the runs at TLAC most every day, checking out new animals, doing behavior testing, monitoring their status and determining which of the dogs can be brought into the APA program. I have seen Palmer crawl into a pen with a "dangerous biting" dog. A little poodle mix, so terrified that he hid under his cot, snapped at fingers, shook uncontrollably. I've seen her sit on the filthy ground and just wait. Wait for the dog to sense who she is. And I've seen that tiny white dog crawl into her lap, hide his head in the crook of her arm and sigh a sigh so deep it's hard to imagine his little lungs could hold so much air. And suddenly an unadoptable animal is a sad little lap dog that just needed a lap. Suddenly he is safe."

APA's focus is on animals who have been passed over for adoption or rescue by all other groups. APA is, literally, their last chance at life. I cannot imagine the strength of character it requires to stare into to the eyes of dogs you know will be dead in 12 hours unless you take them, and to walk away because you don't have the room to place them. And to do it day after day."

Through it all, Palmer works full-time, is a single mom, is on the Animal Advisory Commission and somehow manages to be a genuinely nice person. She won't want the attention (the APA folks had to conspire with Lisa to get Palmer there), but she deserves it because she truly kicks ass."

Last week, Palmer received her award along with some other great Austinites, and the evening was fun, full of laughter, some tears, and some genuine inspiration. Lisa sends her thanks to Spike for hosting the event and a HUGE thanks to Palmer for everything she has done and continues to do.

If you're interested in volunteering with Palmer and the other rescue volunteers who are such a primary and integral part of APA!, visit http://www.austinpetsalive.org/get-involved/volunteer/ or e-mail [email protected] for more info.