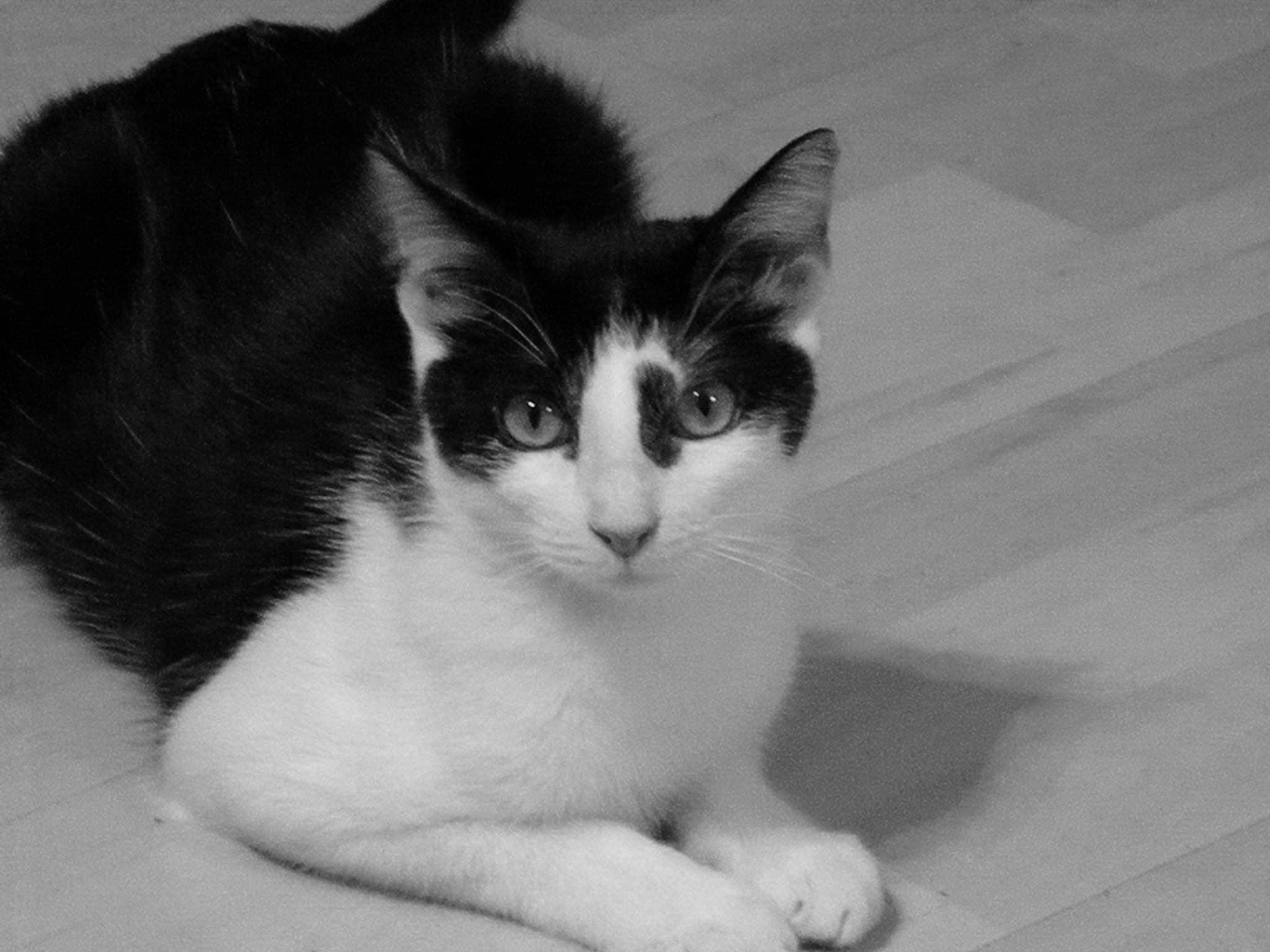 Rocky and his two siblings were born to a stray who was living outside one of our volunteers' houses. Knowing that the couple was putting the house on the market, and that the new owners would probably not be as accepting of a permanent tenant under their porch, the young kittens were brought indoors and fed. Mom was unwilling to come and ran off.  Though the kittens were healthy, they were very wary of humans and stuck together as much as possible. Their previous foster kept them in a separate bedroom, and tried as best as she could to coax them out to receive some attention and food. Slowly but surely, the kittens came around; some better than others. At adoption events, all three of them were confident, but too on edge to let anyone handle them. 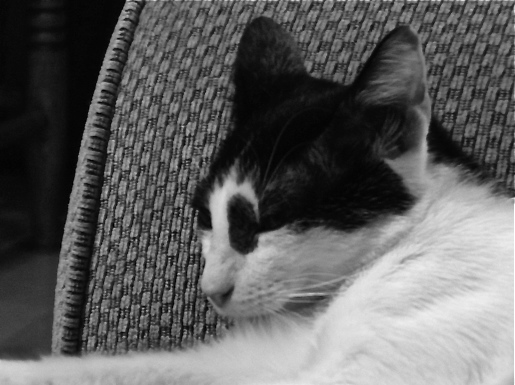 It was decided, as sad as it may be, to separate the siblings and send them to fosters to see if they would bond to humans. When I first received Rocky, I kept him in the bathroom so he couldn't find anywhere to hide, and sat in there till he was used to me. Slowly, he allowed me to touch and eventually pet him. After two days of letting him get used to his surroundings, I decided to try to introduce him to my other foster, Minnie. Minnie was also raised with siblings close by, so I knew that she would probably welcome the company of another cat, and I imagined that Rocky's anxious state was somewhat caused by the sudden absence of his (so far) life-long companions. Sure enough, the two became very quick friends, and were playing within a matter of hours. Over the next couple days, I spent as much time as I could with both the cats letting Rocky watch Minnie's behavior around me. Rocky eventually learned that cats and humans are a pretty good match, and became more and more accepting of me. Rocky was soon seeking me out to receive (and give) love. 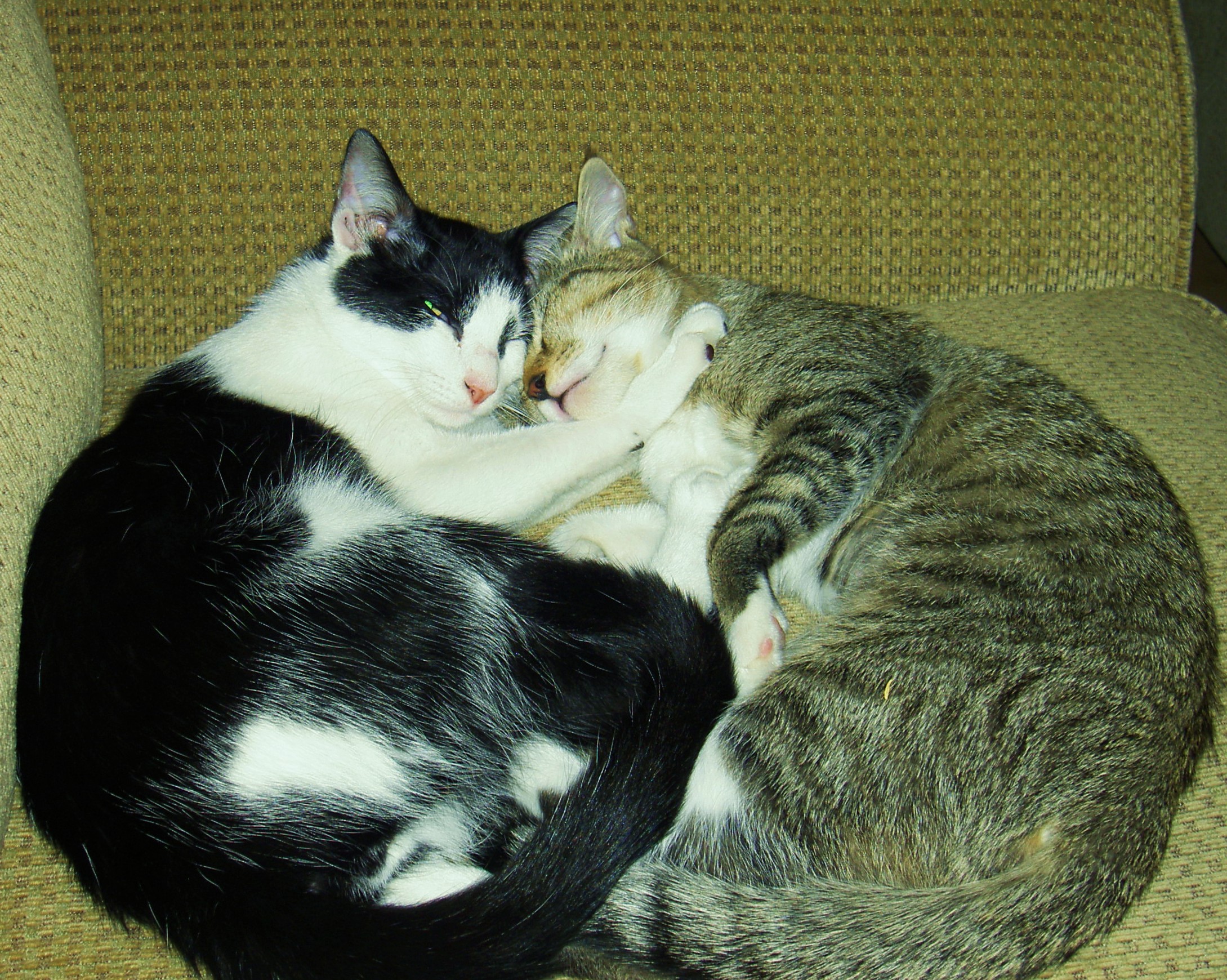 I think Rocky will always have some degree of that wild streak in him, and his new owners will have to be patient while he gets used to his new surroundings. That being said, he is a very charismatic cat, and would be a wonderful addition to a mellow, stable household. He loves to play with dangling type cat toys, loves making biscuits and purring, and will keep your house free of any rogue bugs. Mmm, crunchy! If you want to meet Rocky, you can set up an appointment to visit with him by contacting APA!  at [email protected].  They can put you in touch with his foster parent.