Roxie, a sweet senior dog with a heart of gold, had a tough break. She arrived on the scene at Austin Pets Alive! in June with a torn ACL that ended up requiring multiple surgeries. Her first surgery healed incorrectly due to her being so overweight, causing her to need a second orthopedic surgery. After being hospitalized twice, she desperately needed time and space away from APA!’s Medical Triage and Wellness Center to heal both physically and emotionally.

That’s where Ana came in. Ana, a trusted APA! foster parent, opened her home to Roxie after seeing her photo on Instagram. “She melted my heart and I just knew that she’d be my first foster,” shares Ana. Ana took supporting Roxie to the next level, and promised to help her lose weight so that her ACL could begin to heal.

At first, Roxie was shy and withdrawn in Ana’s home. Untrusting of strangers, she would hide in another room when guests would come over, only venturing out when she felt safe and secure; but with a bit of patience and a whole lot of love from Ana and her family, Roxie regained a sense of trust in people. She began following Ana all over the house and rolling over to ask for belly rubs. “She warms up to people so much faster and shows her playful side compared to hiding and being a grump,” happily reports Ana.

By the end of Roxie’s time with Ana, her playful side was fully apparent, especially when she rolled in the grass or hopped around when it was time to play. She was content to snuggle with on the couch while binge watching television and getting pets – but as we know, her story doesn’t end there.

Thanks to Ana, Roxie made a successful recovery and was adopted by her current owner, Jessica. “Roxie is the sweetest gal, and I am so happy to have her as part of my family!" gushes Jessica. Roxie will live the rest of her days happily ever after snuggling with Jessica and receiving all the belly rubs a dog could ask for.

Roxie’s fairytale ending would not have been possible without the help of Ana. Our fosters are making hundreds of shelter dog’s dreams come true by opening up their homes and their hearts. Shelters are noisy, busy, and difficult environments for dogs like Roxie to live in the long term. That’s why fosters are such a vital and incredible part of saving animal lives and making these pets adoptable.

If you want help a dog (or cat) live happily ever after, consider starting your own foster tale by submitting a foster application here. You will not only make a vital difference in an animal’s life, but also, help preserve Austin’s status as a No Kill city. 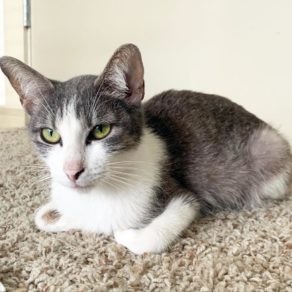 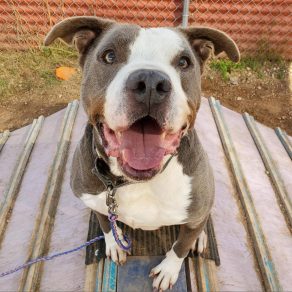