Kali had been in her previous home most of her years. But when her former parents ended their marriage and surrendered her to a shelter over the weekend, her own future was at risk. If not rescued or adopted, Kali was slated to be euthanized at 5pm yesterday. 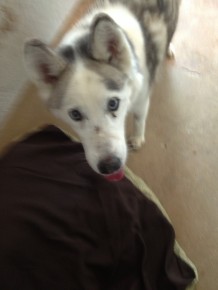 This gorgeous Husky-mix has been diagnosed with pancreatic disease, which does not allow her to properly absorb nutrients from her food and means she is prone to be underweight. The senior also has difficulties with arthritis. When APA! heard about this and her risk level, we stepped in and immediately brought Kali to our Town Lake location.

Within less than 2 hours of entering the APA! shelter, Kali met her new mom -- a donating citizen who had no intention to adopt; but when she met Kali, she was instantly drawn to her perfect match. This philanthropic woman had recently lost her 2 elder Shepherds with a similar pancreatic disease, and was well-versed in the care involved. In fact, she was at the shelter to donate some of their things that she knew we could use! When she stopped by, she heard about Kali and had to meet her.... 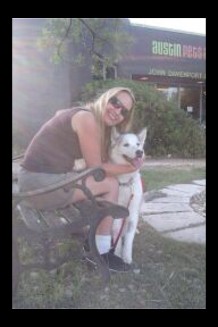 ..and when they met, Kali's new mom said with a smile, "Adopting her is what I was meant to do."

We can't thank the citizens of Austin enough for their generous donations, warm hearts, and open arms to all of our pets in need.