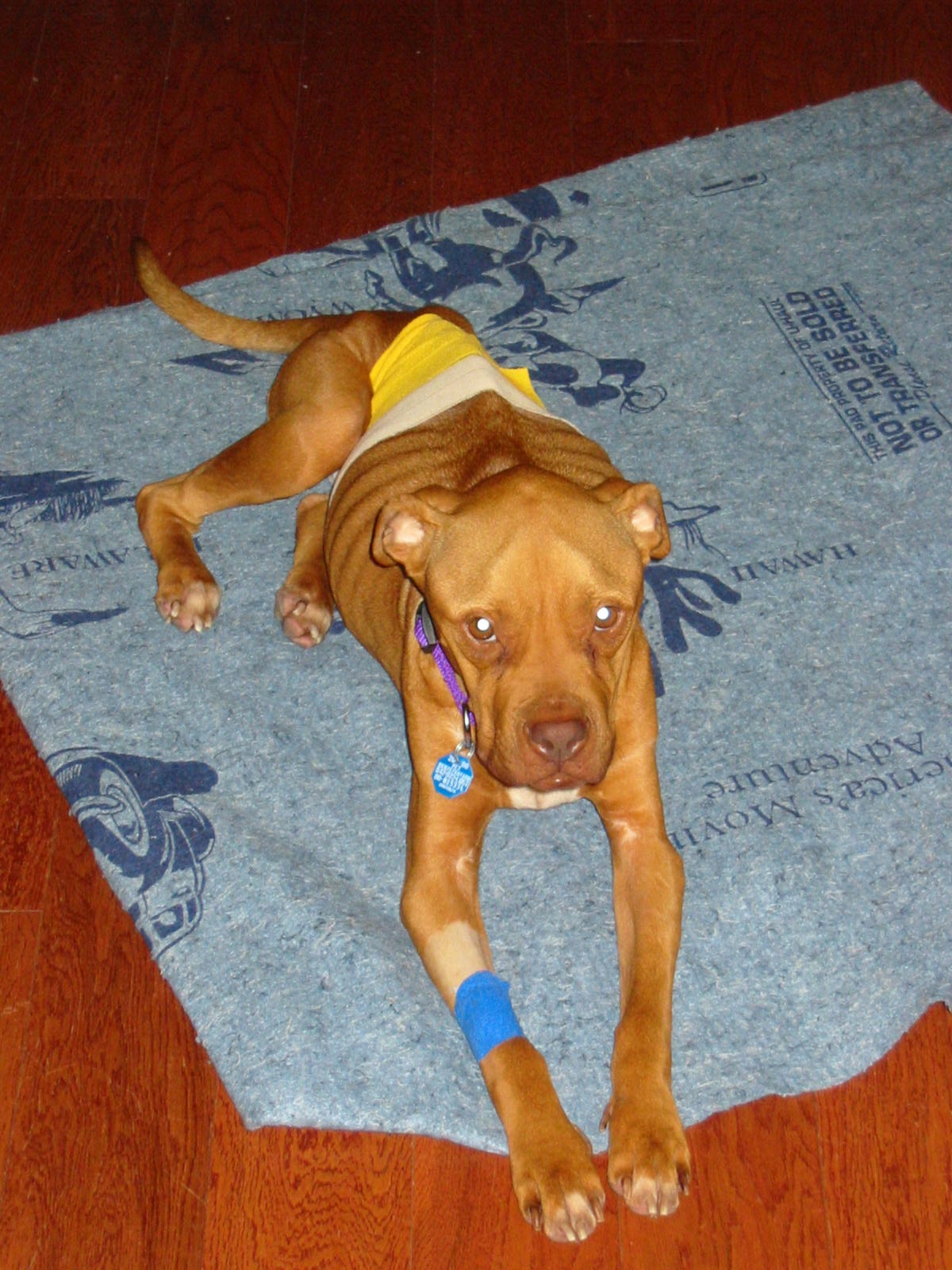 On Sunday my husband and I agreed to foster a very emaciated-looking dog from Town Lake Animal Shelter, who was in danger of being euthanized due to her condition.  She appears to be a pure-bred Dogue de Bordeaux (we love her scrunched up face!) and we've named her Bonnie.  Though categorized as a stray by TLAC, we are guessing she was probably given up by someone who could not afford the medical care to determine why she is wasting away.  She would eat a little bit of wet cat food while at the shelter (no dry or dog food) and then vomit it back up again.  On Sunday she apparently turned her nose up at all offers of food.

So, Austin Pets Alive! came to the rescue, and we promptly took her home and tried to get her to eat.  She seemed eager to eat - we gave her wet dog food initially in small doses and she kept some of it down, but was still getting sick several hours later.  So, Monday APA! took her to the vet for blood work and an Xray, with the suspicion that perhaps there was an obstruction in her intestine.  After routine Xrays and an ultrasound gave inconclusive results, they decided to do surgery (she needed to be spayed anyway!) and discovered their suspicions were correct - a long obstruction going the length of her intestine only allowing about a straw size of space for food to pass through her digestive system.  They took biopsies and now the waiting begins to determine what this obstruction could be.  We are keeping our fingers crossed that it will be something treatable!

In the meantime, Bonnie is very much enjoying her new life out of the shelter, living with two other dogs, dining on meat-flavored baby food (most of it stays down) and just being a normal dog.  She is such a good and sweet girl, very polite, walks nicely on a leash and wants to be loved on all the time.  She melts everyone's hearts.  Thank goodness APA! has given her a second shot at a better life!!

P.S.  Donations are also needed for Bonnie's continuing medical care.  You can make a tax-deductible gift to Austin Pets Alive! by clicking on the link in the sidebar to the right, or by emailing: donateATaustinpetsaliveDOTorg.  Thank you for your support!