Sir Mikey: A Life Worth Saving 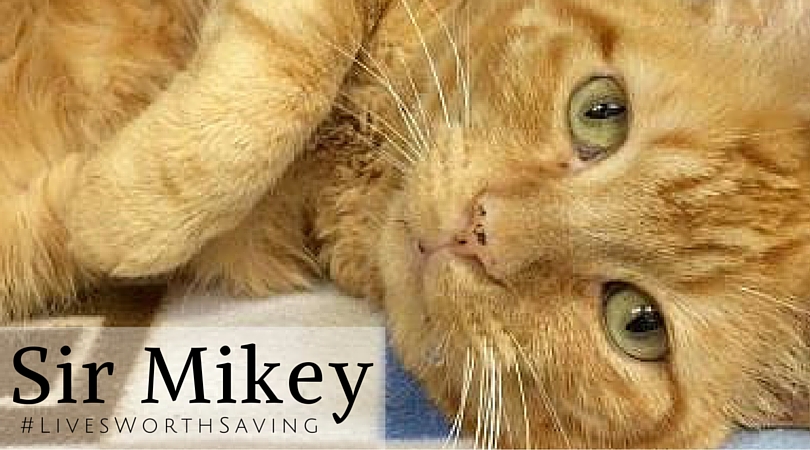 Sir Mikey was an orange cat in trouble. He arrived at Austin Pets Alive! with multiple medical problems, each of which might equal a death sentence in a traditional shelter.

Not only did he have the Feline leukemia virus (FeLV), he also had an untreated fracture in his front leg, ringworm and really bad dental problems. Wherever he had been before, life had not been kind to Sir Mikey. But his luck was about to change.

APA! has one of the few FeLV cat adoption centers in the country, so Sir Mikey had a safe place to go, where he could get treatment for his other issues without risking spreading his contagious disease. He began treatment for ringworm, and he had dental surgery to relieve pain in his mouth. APA! also tried fixing his fractured leg, but it was irreparable and so it was removed.

You’d think after all this that Sir Mikey might develop an attitude. Instead he is a friendly, playful guy. After 11 months with APA!, Sir Mikey (now Yardy) was adopted and has made himself right at home.

The FeLV program has adopted out 43 cats to loving homes so far this year. Elsewhere, these cats might be seen as disposable, but at APA! we know their lives are worth saving.

Double your impact today (or before December 31, 2015) and the Riseman Foundation, along with an anonymous donor, will match your gift, up to $15,000!

We know you agree that every ill or injured pet is are worth saving. Help us save even more lives like Sir Mikey's and donate today.