Spotlight on Clementine and her "Fruit Basket" Babies 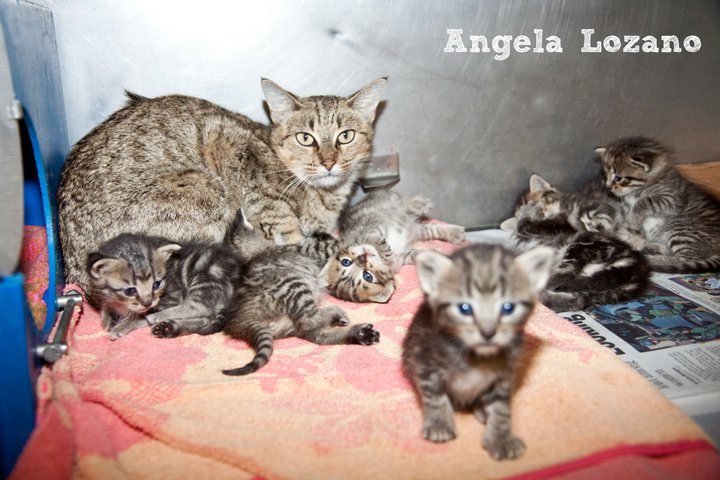 Clementine and her seven babies were taken to the shelter on October 23rd. At first, Clementine was noted several times by shelter staff as being aggressive because she was hissing. When the shelter put her on the list for Austin Pets Alive! our rescue evaluators did notice some initial fear, but as they continued interacting with her and her kittens, she became calmer. This is often the case: a new mom, new babies, new place, new noises, people poking & prodding...when all of that is considered, it seems completely understandable that Clementine was a tad unsettled.

Several foster pleas were made to find Clementine & babies a home where they could stay until the kittens are older, but no foster stepped forward. A foster commitment for eight kitties is a lot!

As luck would have it, we had room at the APA! Resource Center in South Austin for her to go. It was at that time that staff members, while caring for mom & babies, got the fun task of naming the kittens!!

Yes...we have a sense of humor!

Clementine is about a year and a half old, and her babies are approximately two weeks old. We will post a series of stories about this striped little family, so stay tuned!