Steamer is one of the oldest dogs under the care of Austin Pets Alive, at 13 years. When he came to us he showed signs of significant neglect including cataracts that were untreated for so long that he was left completley blind, masses that had to be surgically removed, and such a bad dental condition that we had to remove all but one tooth! The first time he was groomed by us, he was so matted and dirty that the grooming revealed a string tied tightly on to one of his paws. 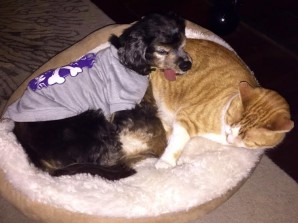 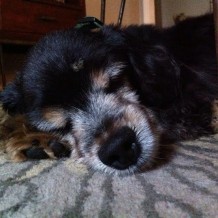 Steamer's foster has provided a loving home for him, and he has been doing well, untill recently...

Named for a Steam Piston locomotive, Steamer zooms all over and happens to have a tendency to bump into things around the house. His foster began to notice a lump growing above his left eye. After two months of various treatments, Steamer's bump is just not improving. He needs a biopsy, fungal culture, and bloodwork so that we can diagnose and better treat his wound. 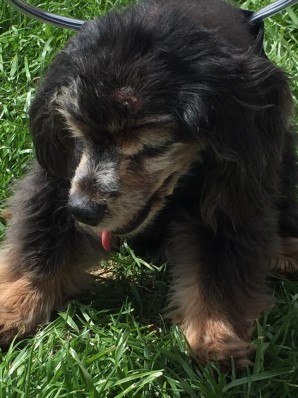