Puppy Found in the River, Survived a Deadly Disease was Given Second Chance

In early October, Austin Pets Alive! received a call from another Texas shelter–– a man had just come in with a puppy he'd found floating in a box along the river, and he needed help the shelter was unequipped to provide.

Why was the shelter unable to help this adorable little puppy? Because the 2-month-old had tested positive for Parvovirus—a highly contagious, life-threatening virus that’s considered a death sentence at many animal shelters. Fortunately for the puppy, APA! was ready to help save his life. As a rescue that operates one of the country's only Parvo ICUs, APA! has treated nearly 1,000 parvo positive dogs a year. The Parvo ICU tackles high-risk cases, once considered impossible to treat in the shelter environment, that other shelters are unable to handle due to the highly contagious nature of the virus. Slowly but surely, APA! has set a precedent nationwide for treating parvovirus in the shelter setting, proving that it is possible to save more lives than once thought possible.

After a two-hour drive to Austin, Kayak arrived at APA! lethargic and pale. Medical clinic manager Lauren Heymann immediately recognized that the tiny pup was crashing and that he needed immediate

Kayak was so sick during his first week of treatment that he didn’t show any signs of his personality. Slowly but surely, under the careful treatment of APA! staff and volunteers, Kayak’s true wiggly and happy self began to blossom. As he started gaining weight and recovering from his bout with parvovirus, Kayak began seeking attention from his human caretakers, wagging his tail emphatically to visitors and offering sweet kisses to his friends.

Within no time, adoption applications for the happy boy began to stream in. Kayak soon found a loving home where he is now free to become his full outgoing, sweet self. And while Kayak is living his best life, dozens of other APA! parvovirus survivors are still looking for success stories of their own. Even though adopting a parvo survivor may sound scary, it’s essential to know that puppies like Kayak are no different from any other puppy and live long, happy, healthy lives with few to no additional considerations or care requirements.

Kayak is a survivor, thanks to the tremendous efforts of the kind human who saved him from his floating box and the dedicated staff at APA! who nursed him back to health. Even more importantly, he’s a healthy, wiggly boy who’s ready to experience all that life has to offer in his new home–– and we’re so incredibly thrilled for him!

But the work of APA! never stops–– so long as animals like Kayak and other puppies with parvo need help, APA! will continue to challenge the status quo through constant innovation, compassion, and revolutionary lifesaving programs.

OR
To adopt or sponsor a parvovirus warrior like Kayak, check out our dogs currently available for foster or adoption by clicking here. 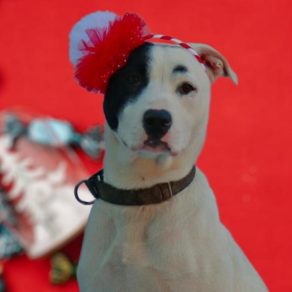 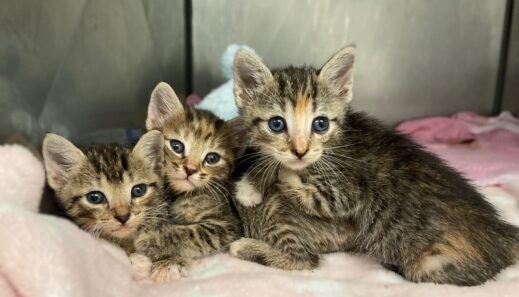 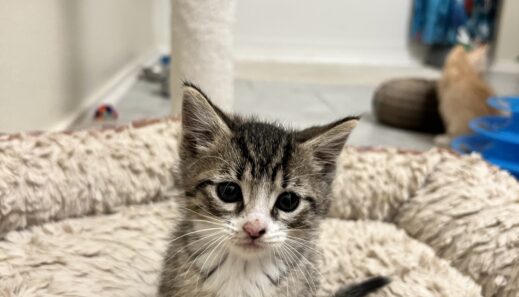 Quiet Young Kitten Needs a Cardiologist so She Can Run & Play 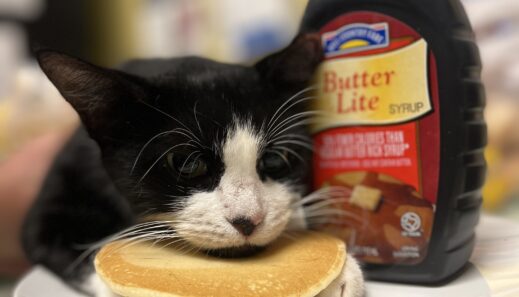