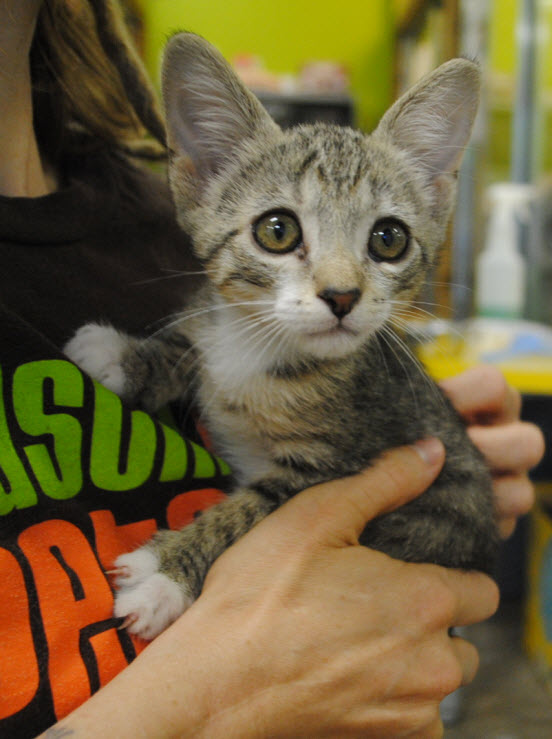 Several weeks ago we posted a blog about many of the kittens we've rescued in Bottle Baby Program that had so many odds stacked against them that we considered their survival and ability to thrive a miracle. Here's an update on a few of them:

MOBY - He is growing so fast now! His large expressive eyes barely tell the story anymore of his scary start at the emergency clinic with a low body temp, covered in horrible parasites. AVAILABLE FOR ADOPTION 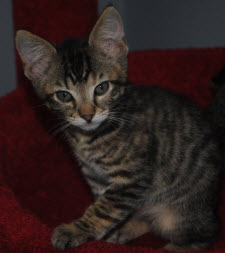 WYNNIE - Her speckled tabby coat and spotted belly are to die for! She is the only survivor of her litter that had all been attacked by an animal at just days old. Super tiny, umbilical cord still attached, eyes closed... and covered in puncture wounds. Unbelievable that she survived. But, she's a fighter...and a lover! She gets along with cats, kittens and dogs! AVAILABLE FOR ADOPTION

ESMERELDA - She is lovely, sleek, and her shiny coat is back. She is very friendly, gets along great with other cats and dogs, too! She and her litter were rescued back at the end of April and had one of the most severe cases of Ringworm we'd ever seen. Ringworm is a fungus, similar to that which causes Athlete's Foot, but on a kitten or cat, it means the unthinkable... HAIRLOSS! It's completely treatable with both topical and oral medications, but it can take awhile for the hair to grow back. AVAILABLE FOR ADOPTION

Kip and Traveler have both been been adopted, and India, one of our blind kittens, has an adoption pending. We have also welcomed new miracle kittens into our program, such as the A8 litter (Albus, Alexander & Aria). You can read about their amazing rescue in a blog post next week. To foster any of our Miracle Kittens, email [email protected]. To adopt any one of our beautiful babies, contact [email protected].