Want skills? These dogs have 'em!!

As part of APA!’s Dog Behavior Program mission, each dog gets enrichment and training to prepare them for a life outside of the shelter, both in the community and in their actual home. Some dogs come into our program obviously needing hands on, one-on-one attention because of behaviors that were seen previously. Some dogs develop unwanted behaviors overtime as part of the stress of living in the shelter. These dogs are quickly identified and either trained by the 5 members of the behavior staff or by a highly trained volunteer to help ready them for a home. We’ve created standards for these dogs to meet to make them highly adoptable and ready to settle into a home. With the following skills, we hope to make the transition just a little bit easier. 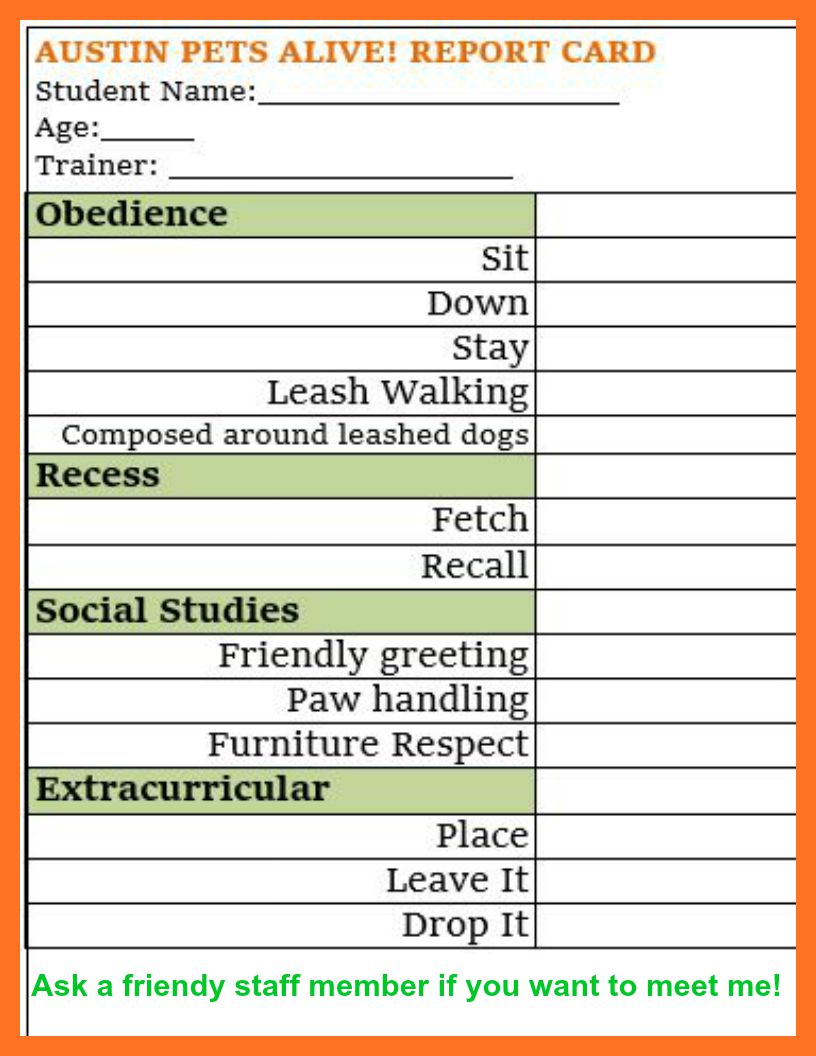 What are these skills and how do they apply in a home?

Sit: verbal command that the dog holds until released (free) (Real life scenario: basic obedience, waiting at the door before you open it before a walk.)

Leash walking: the dog heeling on the left hand side, giving eye contact, not pulling ahead or lagging behind. Not (too) distracted by his/her environment or other dogs, people, bikes or joggers passing by (Real life scenario: leashed walks around the neighborhood or parks) 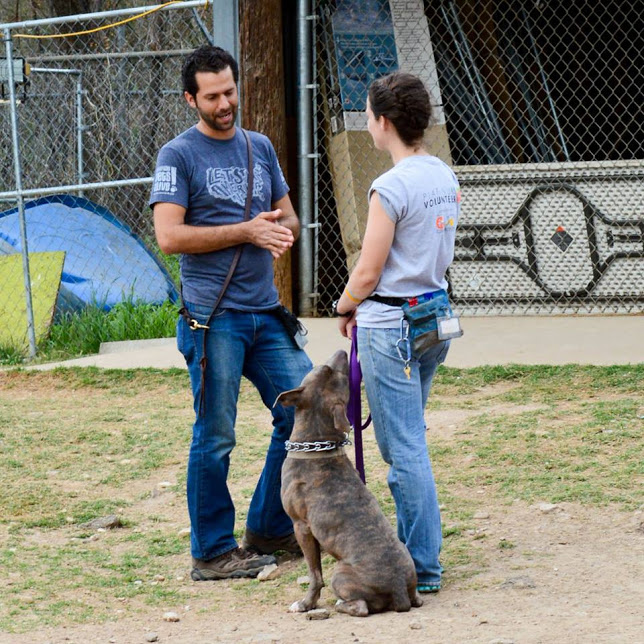 Composed around other leashed dogs: dog sits by your left side while another person with a dog approaches. Both dogs hold sits as handlers shake hands. The dogs and handlers then politely walk past each other (Real life scenario: when you want to hang out around another calm leashed dog, even if one or both of the dogs isn't social with dogs)

Recall: dog comes when called even with distractions around (Real life scenario: when the dog is trying to rush the door or when they are distracted by a squirrel)

Friendly greeting: dog will sit calmly by your side as a human stranger approaches. The dog waits until you allow them to stand from their sit (free) to politely greet the new person without jumping on that person (Real life scenario: every time the dog meets a new (or old) friend)

Paw handling: the dog will allow paws to be picked up and examined (Real life scenario: vet’s office or groomer) 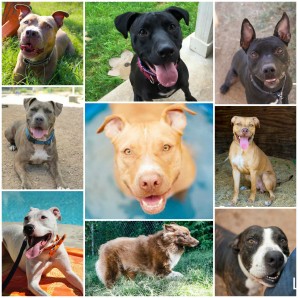 Place: goes to a designated location every time and stays there until released (Real life scenario: have your arms full and want to get in the house without being tackled; when people are visiting and the dog is being rude)

Leave it: dog ignores things on command (including treats or potentially harmful items) (Real life scenario: unknown food dropped on the ground when you’re on a walk or a rattlesnake appears during a hike.)

Next time you're visiting our main location at 1156 W. Cesar Chavez, look for a report card on the kennels to see all the amazing skills our dogs have accomplished!!