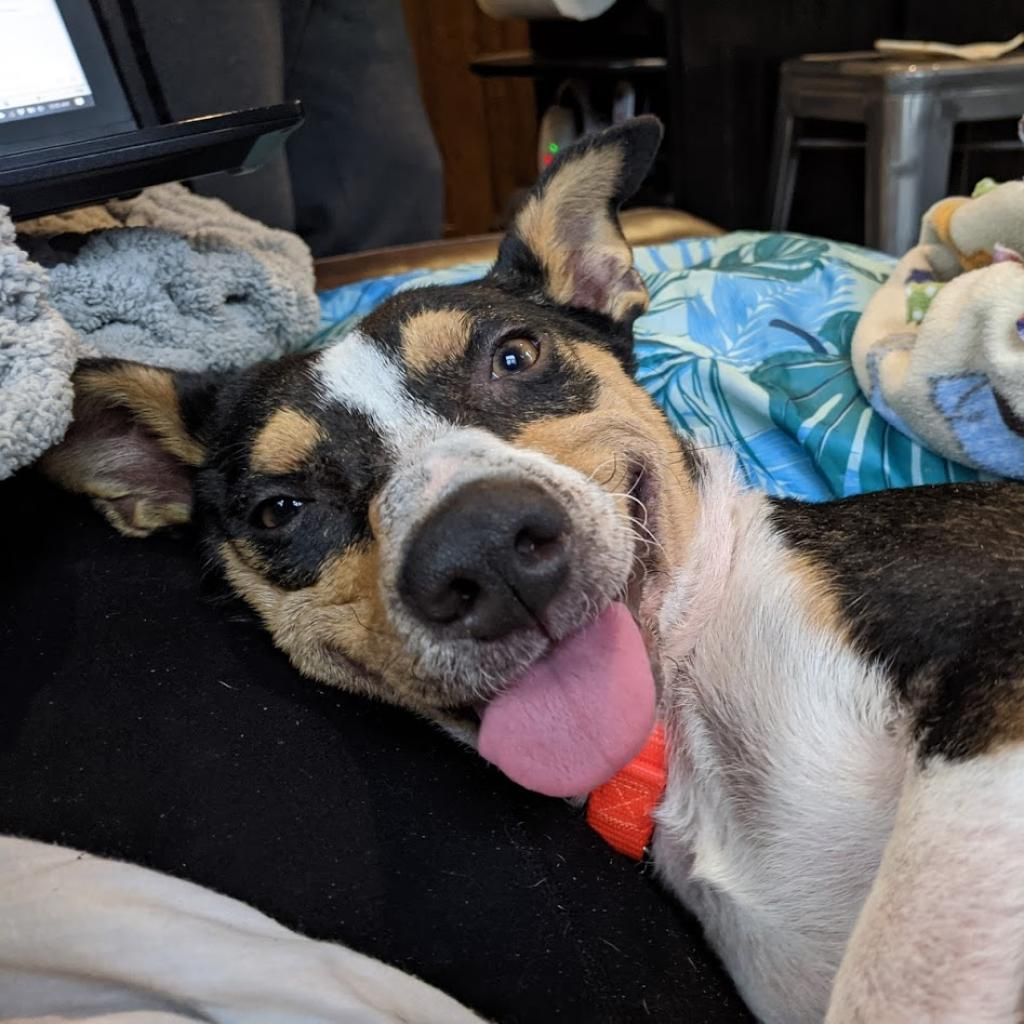 Do you remember Coraline? This sweet girl came to us in January in immense pain after being hit by a car. She came to us from Bastrop County Animal Services needing urgent medical attention. The incident has left her with severe pelvic fractures, both of her hips knocked out of their sockets, a femur fracture, and several wounds.

Our clinic team determined she will require at least one orthopedic surgery, if not multiple, and lots of ongoing medical attention. In January we raised $3000 for her first orthopedic surgery and now it is time for her second.

Our vets will be removing the implants they placed on her left hip and leg in the first surgery as well as performing a left femoral head ostectomy. After this sweet Coraline will require six weeks of professional rehabilitation, costing $1770. Coraline and her family are counting on you to help raise this goal so Coraline can live out the rest of her years without pain. Will you chip-in for pets like Coraline?