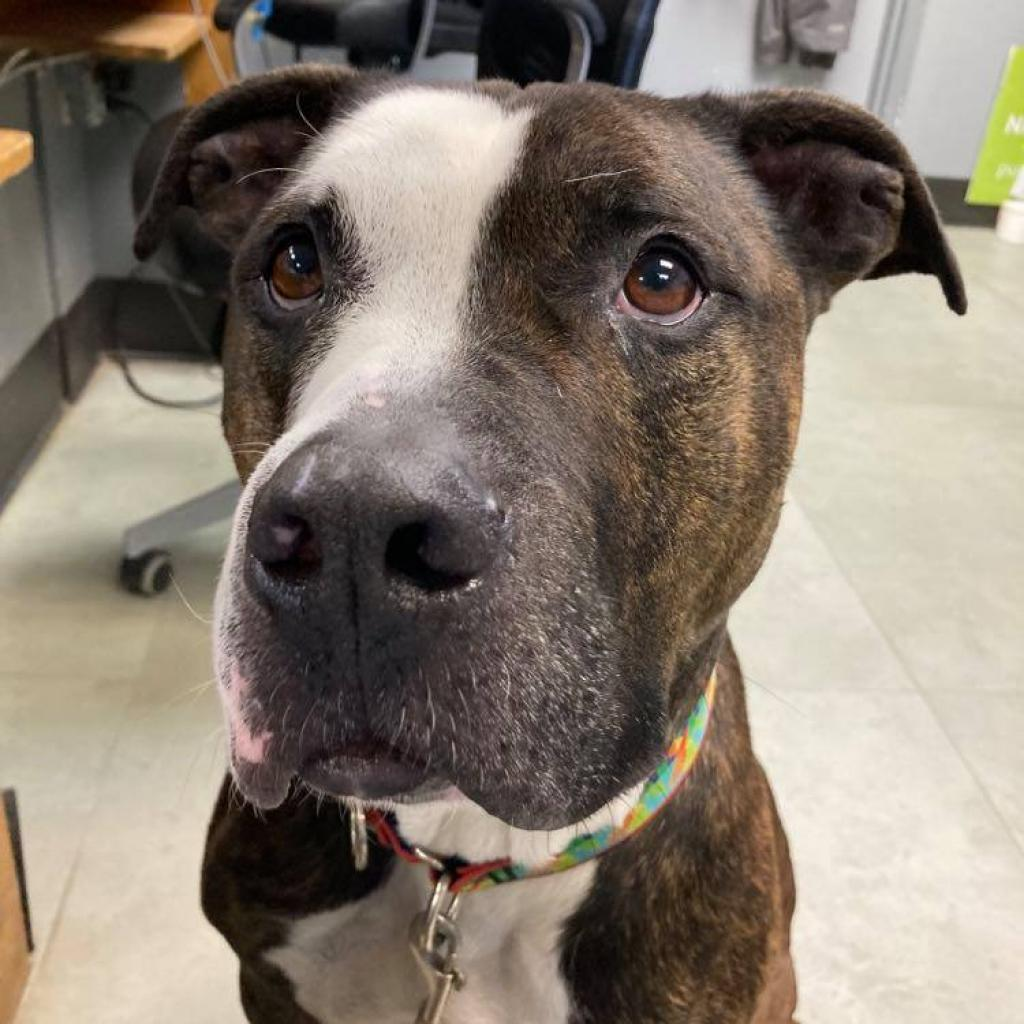 Emperor came to us through our PASS (Positive Alternatives to Shelter Surrender) program at the end of last year from a heartbreaking situation. His owner was relocating and their new home did not allow pets. The owner called dozens of shelters and rescues, but all were full and didn’t have room for Emperor.

Eventually, she was connected to APA! through PASS. The previous owner said, “Please, please help. I truly love Emperor and he came from a terrible situation and deserves so much better.” We learned that Emperor was likely abused by the breeder he first came from, and was injured by neighborhood dogs who broke through his fence.

Thanks to PASS, Emperor was connected with a loving foster who just decided to adopt this king! At five years old, Emperor is finally getting his happy ending. But before we can say the end on his story with us, we need to treat his injury.

Emperor needs a right knee TPLO to treat the injury and stop the pain that is causing Emperor to limp. Can you chip-in to our $1,270 goal to give Emperor the happily ever after he deserves?