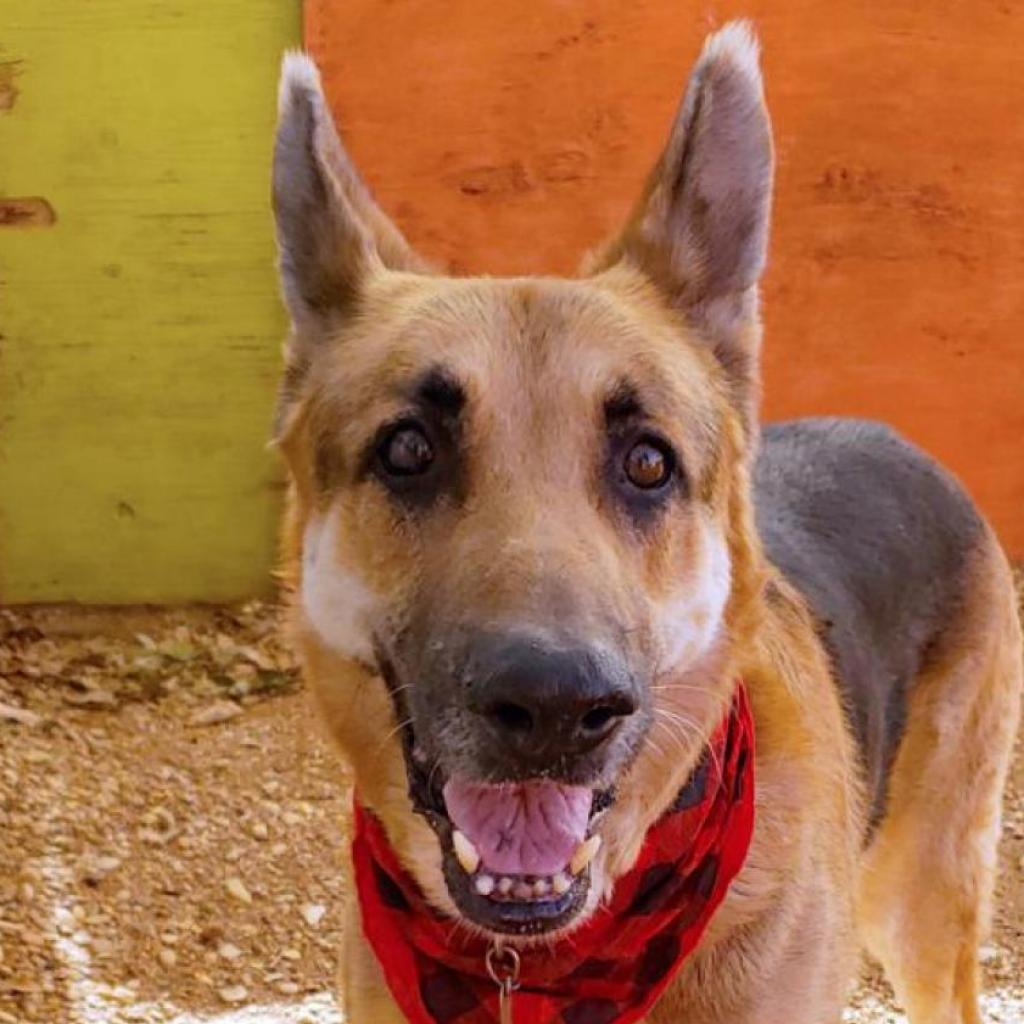 Look at handsome fellow Fotis! This sweet German Shepherd came to us from Lockhart Animal Shelter with a severely injured tail. We don’t know exactly what happened to his tail, but when Fotis showed up it appeared his tail had been ripped off. He was bleeding from his backside and his bone was exposed. Upon arrival, we had to amputate his tail and now Fotis is all healed up!

Since then he’s been having some GI issues including loose, leaking stool. Fotis needs prescriptions to treat his GI issues so he can make his way to a loving home. Can you help us fight for Fotis?