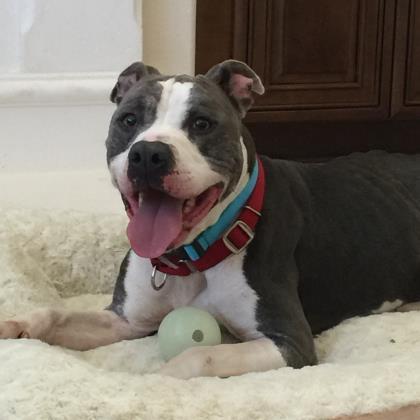 Kiko has a lot of love to bestow on his people and toys, and if there’s anything he’s especially attached to, it’s his rubber ball. Now in foster care, Kiko is proving to be an ideal houseguest. He’s an affectionate boy who loves giving kisses and wants to be with his people (and his ball) at all times, content to lay at their feet.

Kiko is in foster care awaiting surgery on both of his back legs. Kiko has torn cruciate ligaments in both of his knees. Poor guys!

He loves playing fetch and running around but is limited right now in what he can do and has to rest his legs a lot after playing.

Can you help Kiko get on the road to recovery?