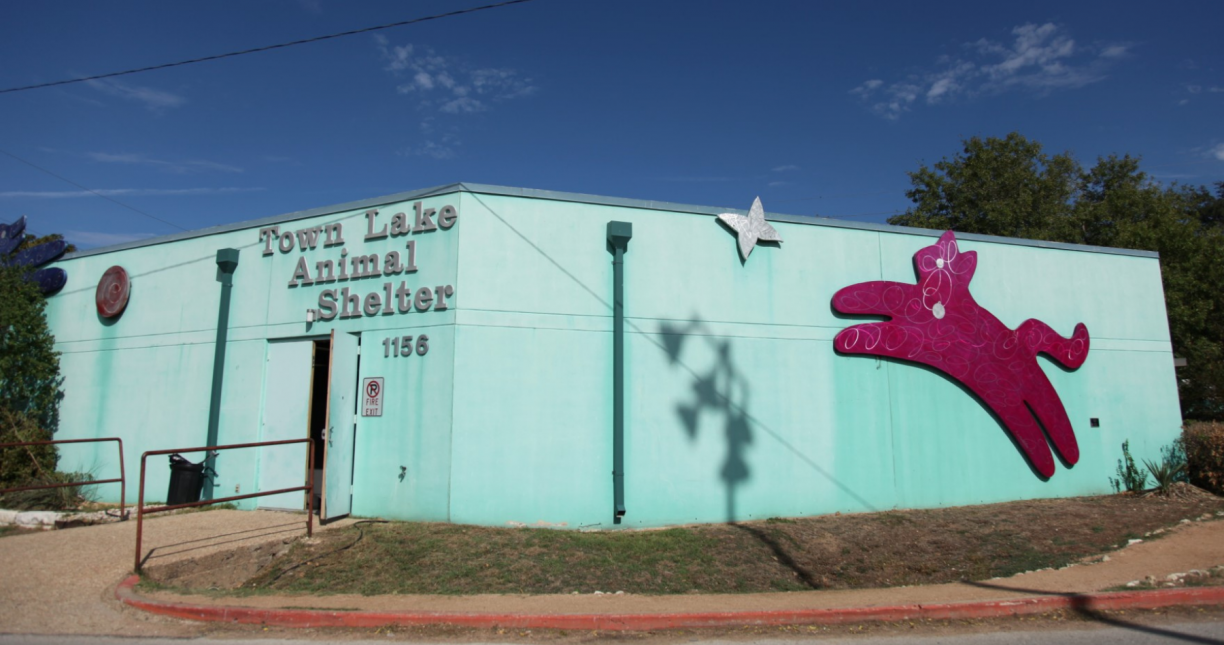 As the second installment in a short series of letters meant to inform you of APA!’s relationship with the City of Austin, we wanted to bring you up to speed on the Town Lake Animal Center (TLAC) property and how it impacts the renegotiation of our license agreement to operate APA!.

Built in the 1950s, the TLAC facility was a huge improvement over what existed before, which was a structure somewhere in Austin that held all the animals in a massive concrete pen without adequate food and water until they were all shot, in front of an audience, when their time was up. The beginning of sheltering in Austin, as in the entire United States, was rooted in the fear of a nationwide pandemic of Rabies.

As such, from 1950 all the way until 2008, the intention of housing the animals was never to save them all or any percent close to that. The original purpose of this facility, in fact, was to continue ridding Austin of dogs and cats who didn’t have owners with the means to reclaim them. TLAC and the structures that still stand today serve as an important reminder for all of us of a past that we never want to go back to.

In 2007, the city made the decision to vacate TLAC and embarked on hiring an architect to build a new shelter in East Austin. There was a lot of controversy over the planned move because it would involve removing lost and homeless animals from downtown Austin. The concerns were threefold:

In the end, the new shelter was approved and slated to open in mid 2011 with the understanding that the old TLAC facility, already in disrepair, would be demolished.

By 2008, APA! started rescue work and began pulling animals from the TLAC euthanasia list so that we could make a measurable impact on the live release rate in the City of Austin. Our goal was to make Austin a No Kill City as fast as humanly possible. At this time, the city was at only a 45% live release rate with 10,000 to 14,000 animals dying every year. APA! volunteers showed up every day to see the animals listed to be killed by 11:30am the following morning, and pull as many as we could into foster homes.

By 2010, when Austin had a 72% live release rate (largely up because of APA!), the city council, championed by Mike Martinez and Laura Morrison and at the recommendation of the Animal Advisory Commission, voted to formally make Austin a No Kill City with a goal of a 90% live release. In the No Kill Implementation Plan that was passed with this vote, a section included keeping open an adoption center at TLAC, specifically by using the Davenport Building (TLAC’s main admin building), after the city shelter moved to its new location. Of course, we already had our eye on using TLAC as our future facility though we heard from Council offices we had a 0% chance of getting it.

By 2011, the year of the city shelter move, APA! helped the city achieve an 89% live release rate. And now we were openly advocating for taking over the old shelter (TLAC) so that we could continue to help Austin and have a building for our organization.

Surprisingly, APA! had to overcome massive obstacles to be able to occupy TLAC, even though it was empty and even though we were the driver of No Kill. The city had plans to tear it down, due to the dilapidated conditions that existed well before we started rescue. The city couldn’t sell it or use it to build anything other than a park or animal shelter since it is dedicated park land with a grandfather clause for animals. At the time, we had a rocky relationship with the city shelter staff due to the nature of how we supported them, by pulling animals off the euthanasia list rather than taking animals they wanted us to take who may or may not ever have been in danger of euthanasia. Although we were awarded the temporary use of TLAC, that relationship made it very hard to keep Lamar Beach for animals, even after we moved in.

In 2017, city council voted, this time championed by council members Kathie Tovo, Leslie Pool, Alison Alter, Steve Adler, Greg Casar to allow APA! to rebuild at TLAC and stay for 75 years, basing future plans on a document called the Lamar Beach Master Plan, that showed the general space we would occupy and what our buildings might look like.

Essentially, in Phase II of the master plan, with an unknown timeline, Cesar Chavez would be moved away from the lake and cross right through our current footprint. To accommodate that, APA! needed to move back towards the YMCA and the railroad track. In that vote, the council directed city staff to “negotiate and execute” the 75 year agreement over the next four years.

You might be thinking, who would want to build when we are sandwiched between Cesar Chavez and the railroad tracks? We would! We had looked for other property throughout Austin but faced neighborhood overlays that have a blanket clause requiring kennels to be voted on by the neighborhood. That was a painful and exhausting process and it was clear the only neighborhood in Austin that wanted us was the one right around TLAC. With the neighborhood restrictions throughout the City of Austin, we faced finding a property outside the city limits which would eliminate visibility of our important work. At the time, we abandoned the idea of an alternate location.

We began these negotiations, sure about our ability to rebuild based on the Master Plan, and expected to get to the 75 year contract signing quickly. However, as soon as the surveyors and architects got busy, it was made clear to us that land issues would halt immediate plans to fundraise and improve the shelter facilities at TLAC. These issues are detailed below:

After years of discussion with many city departments that control the entities above, it is clear that whatever space we have left at TLAC will likely be a fourth to a third of the size of the footprint we use today.

As a result, we believe we have no choice but to purchase another property, hopefully for use in addition to TLAC, in order to serve our full mission. This will prove difficult because of the neighborhood restrictions that exist in seemingly every neighborhood within the city limits. We are currently pursuing all leads on land within 30 minutes of downtown Austin for what we hope is ultimately a satellite facility.

So what does that have to do with the negotiation of our license agreement? It means that after years of discussion with many city departments, we have come to learn whatever space we have left at TLAC will likely be just a quarter to third of the footprint we use today. We are bitterly disappointed with this outcome and believe we have no choice but to add a second site because the city cannot fulfill all of our land needs as we once thought. The bottom line is the millions of dollars our non-profit organization provides in lifesaving services to the City of Austin annually, and will spend building at the site, far exceeds the value of having free land to build upon.

I want to be clear, we still want to rebuild whatever we can at TLAC because we believe the extra cost to us is worth it for our mission and for Austin. We know it is necessary for pets to be front and center in our city and if we leave, TLAC will never be used to help animals again. We know our city believes in No Kill as one of its core community principles. Our vision for the future of this land is to use it to show the world that No Kill is a crown jewel of Austin. It should serve as a Phoenix, rising from the ashes of the 500,000 pets that needlessly lost their lives at this site over the last 70 years, and be a sign that history will never repeat itself on Austin’s watch again.

We will continue to keep you updated on these matters and hope you, as one of our valued supporters, will help advocate for keeping the TLAC property for the animals after this short letter series ends. We will continue to look for new property regardless of what happens at TLAC and appreciate the leads our supporters send us. If you think you might have a land lead to send our way, you can find details of what we are looking for here.

As always, we are grateful for the support you have shown to APA! staff and to the pets that are counting on us. If our history has taught us anything, it’s that Austin believes in the value that animals bring to all of our lives and expects us to do everything we can to save them. Thank you for joining us and committing so much to this mission.