Adopter’s Background. I wish to adopt the animal described in this contract (“Animal”) and to provide the Animal with a suitable forever home. I am 18 years of age or older, I am legally competent to enter into this contract, and I have provided valid identification showing my present address, which matches what is listed on this contract. I own my home or have my landlord’s consent to adopt the Animal. I agree to obey any and all applicable animal regulations. I have never: (1) been subject to legal action for cruelty to or neglect of animals; or (2) owned an animal that has been confiscated by any animal control or humane organization for any reason.

I understand that although the Animal has been medically examined and vaccinated, APA! may not have prior records for the Animal, treatment by APA! is limited by its restricted funding, and it is possible the Animal may still be carrying a disease and contagious. The Animal may have dental abnormalities and/or other issues (such as gingivitis, tartar, stomatitis), which have not been noted by APA! to affect quality of life and have not been treated; a private veterinarian may recommend dental treatment for such issues, which may be provided to the Animal at my discretion and sole cost. All other animals, if any, at my home are at least four months of age and fully vaccinated (and thus protected from contagious illnesses).

Children. I recognize that the Animal may be frightened and/or uncomfortable around children and I agree that it is my responsibility to supervise children when they are interacting with the Animal and to show them how to safely handle the Animal.

Mediation; Arbitration. Any claim, dispute, or other matter in question arising out of or related to this contract, if not resolved or settled through negotiations among the parties, shall be subject to mediation as a condition precedent to other dispute resolution. Any controversy or claim arising out of or relating to this agreement or its breach which is not successfully mediated, will be settled by arbitration in Travis County, Texas.

Nonrefundable Fees; Future Medical Expenses. I understand that the Animal’s adoption fees are nonrefundable and help defray the expenses incurred by APA! for the food, shelter, vaccinations and veterinary care of animals in APA!’s care. I further understand that APA! does not guarantee the Animal’s current and/or future health, all future veterinary expenses are my responsibility, and that I will not be reimbursed by APA! for any such expenses, unless specifically provided otherwise in this contract.

I will provide the Animal with all recommended veterinary care, including monthly heartworm prevention and annual vaccinations, and I will provide the Animal with prompt veterinary care if it becomes ill or injured (including emergency care when warranted). I will only euthanize the Animal in the case of its terminal illness, injury, or old age accompanied by pain and suffering. I will not allow any cosmetic surgeries to be performed on the Animal. Cosmetic surgeries include but are not limited to declawing, tail docking, and/or ear cropping.

If the Animal is microchipped for identification, I understand that I should confirm that my information has been provided to the microchip company so that I can be contacted in the event the Animal is found as a stray.

If the Animal shall, for any reason, be picked up by local law enforcement or animal control, I will make immediate arrangements to reclaim the Animal.

If I am ever unwilling or unable to care for or keep the Animal, I will: (1) contact APA! immediately; and (2) surrender the Animal to APA! or obtain APA!’s written approval to rehome the Animal to a friend or family member; I will otherwise never give away, sell, trade, abandon, or otherwise transfer custody of the Animal to a shelter (other than an APA! shelter) or other person or entity. I understand that: (1) I may transfer permanent custody, ownership or possession of the Animal to another person or entity only with the written approval and consent of APA!; and (2) I may be responsible for payment of any costs incurred, by APA! or otherwise, to transport the Animal to APA! if the Animal no longer resides in Austin. Additionally, I understand and agree that I am responsible for the care of the Animal until it has been surrendered to APA!, and I will do everything within my ability to safely return the Animal.

I understand and agree that if I ever surrender the Animal to APA! or authorize anyone to surrender the Animal to APA!, the following consideration is required by APA in exchange for its acceptance of and care for the Animal: (1) my immediate relinquishment of all rights of ownership of the Animal; (2) my immediate relinquishment of any right to information about the Animal, including its disposition; and (3) my immediate authorization for the release of any veterinary records regarding the Animal. I further understand and agree that if at any point the Animal is surrendered to APA!’s custody (by me or through my authorization) this clause will remain enforceable against me without the need for it to be further documented in writing.

Publicity. I understand that the activities of APA! are potentially of interest to donors, foundations, contributors, government officials, other adopters, and the general public. Accordingly, certain APA! activities, including adoptions, may be recorded on film, video or other electronic recording media. I hereby consent to such recording and to any and all uses and displays by APA! and its agents, of my name, voice, likeness, image, appearance, and biographical information in, on or in connection with any pictures, photographs, audio and video recordings, digital images, websites, television programs, advertising, sales, marketing brochures, books, magazines, other publications, and all other printed and electronic forms and media throughout the world, at any time for all legitimate business purposes of APA! (“Permitted Uses”). I hereby forever release APA! and its directors, officers, employees, and agents from any and all claims, actions, damages, losses, costs, expenses, and liability of any kind, arising under any legal or equitable theory whatsoever at any time in connection with any Permitted Use.

Required Medical Treatment. I understand and agree as follows:

Puppies and Kittens (“Juvenile Animals”). If I am adopting a Juvenile Animal, I understand and agree to the following: (1) any Animal under four months of age is not fully vaccinated and must receive several vaccinations in order to be protected from common diseases, and I will follow established veterinary guidelines to ensure my Animal is fully vaccinated; (2) I will start providing monthly flea and heartworm prevention medication to the Animal once it reaches eight weeks of age; and (3) if the Animal has been allowed to go home with me before being spayed/neutered/microchipped, I agree to have the Animal spayed/neutered and microchipped within the next 30 days, either by a private veterinarian or at APA!, and (4) much like a parent and child, my Animal’s actions are my responsibility, and I will take steps to teach my Animal appropriate behavior.

RISKS; RELEASE; INDEMNIFICATION. I UNDERSTAND THAT ANIMALS ARE INHERENTLY UNPREDICTABLE AND THAT THE ANIMAL MAY SUBJECT ME AND THOSE IT ENCOUNTERS TO HEALTH AND SAFETY RISKS, AND I ACCEPT RESPONSIBILITY FOR AS WELL AS POSSESSION AND OWNERSHIP OF THE ANIMAL AT MY SOLE RISK.

I HEREBY FULLY AND FOREVER RELEASE AND DISCHARGE APA! AND ITS AFFILIATED COMPANIES, SUBSIDIARIES, PARTNERS (INCLUDING BUT NOT LIMITED TO THE ADOPTION LOCATION), FUNDERS, INSURERS, AND SPONSORS, AND THEIR RESPECTIVE OWNERS, OFFICERS, DIRECTORS, EMPLOYEES, CONTRACTORS, AGENTS, SUCCESSORS, AND ASSIGNS (“RELEASED PARTIES”) FROM, AND EXPRESSLY WAIVE, ANY AND ALL LIABILITY, CLAIMS, AND DEMANDS OF WHATEVER KIND OR NATURE, EITHER IN LAW OR IN EQUITY, THAT MAY ARISE FROM MY OWNERSHIP AND/OR POSSESSION OF THE ANIMAL AS WELL AS FROM THE ANIMAL’S ADOPTION, BEHAVIOR, OR ACTIONS. I COVENANT NOT TO MAKE OR BRING ANY SUCH CLAIM OR DEMAND AGAINST THE RELEASED PARTIES, AND FULLY AND FOREVER RELEASE AND DISCHARGE THE RELEASED PARTIES FROM LIABILITY UNDER SUCH CLAIMS OR DEMANDS. I UNDERSTAND THAT THIS RELEASE DISCHARGES THE RELEASED PARTIES FROM ANY LIABILITY OR CLAIM THAT I MAY HAVE AGAINST THEM WITH RESPECT TO ANY BODILY INJURY, PERSONAL INJURY, ILLNESS, DEATH, PROPERTY DAMAGE, PROPERTY LOSS, OR OTHER LOSS THAT MAY RESULT FROM MY OWNERSHIP AND/OR POSSESSION OF THE ANIMAL, WHETHER CAUSED BY THE NEGLIGENCE OF THE RELEASED PARTIES OR OTHERWISE.

I FURTHER AGREE TO DEFEND, INDEMNIFY, AND HOLD HARMLESS THE RELEASED PARTIES FROM ANY AND ALL CLAIMS, LIABILITIES, ACTIONS, JUDGMENTS, SETTLEMENTS, LOSSES, DAMAGES, INTEREST, AWARDS, PENALTIES, FINES, COSTS, EXPENSES, OR FEES, INCLUDING WITHOUT LIMITATION, REASONABLE ATTORNEYS' FEES, ARISING OUT OF OR RELATING TO: (1) MY POSSESSION AND/OR OWNERSHIP OF THE ANIMAL; (2) THE ANIMAL’S ADOPTION, BEHAVIOR, OR ACTIONS; AND (3) MY BREACH OF ANY REPRESENTATION OR OBLIGATION UNDER THIS CONTRACT. MY DUTY TO INDEMNIFY APPLIES TO LONE ACTS OR OMISSIONS BY ME AS WELL AS THE COMBINED ACTS OF ME WITH OTHERS.

I EXPRESSLY AGREE THAT THE RELEASES AND INDEMNITY AGREEMENT ARE INTENDED TO BE AS BROAD AND INCLUSIVE AS PERMITTED BY LAW.

Miscellaneous. I understand and agree to each of the following: (1) the parties intend this contract to be construed without regard to any presumption or rule requiring construction or interpretation against the party drafting an instrument or causing any instrument to be drafted; (2) if any term or provision of this contract is invalid, illegal, or unenforceable in any jurisdiction, such invalidity, illegality, or unenforceability shall not affect any other term or provision of this contract or invalidate or render unenforceable such term or provision in any other jurisdiction; (3) no failure to exercise, or delay in exercising, any rights, remedy, power, or privilege arising from this contract shall operate or be construed as a waiver thereof; (4) this contract and all related documents and all matters arising out of or relating to this contract, whether sounding in contract, tort, statute, or otherwise, are governed by, and construed in accordance with, the laws of the State of Texas, without giving effect to any choice or conflict of laws provisions thereof to the extent such principles or rules would require or permit the application of the laws of any jurisdiction other than those of the State of Texas; (5) any legal suit, action, proceeding, or dispute arising out of or related to this contract or the transactions contemplated hereby or thereby shall be instituted exclusively in the federal courts of the United States of America or the courts of the State of Texas in each case located in the City of Austin and County of Travis, and each party irrevocably submits to the exclusive jurisdiction of such courts in any such suit, action, proceeding, or dispute; (6) with the exception of any supplemental agreements executed contemporaneously with the adoption of the Animal (which in no event shall reintroduce or expand any liability whatsoever for APA!), this contract constitutes the sole and entire agreement of the parties to this Contract with respect to the subject matter contained herein and supersedes all prior and contemporaneous understandings, agreements, representations, and warranties, both written and oral, with respect to such subject matter; (7) strikethroughs and other handwritten changes to the general terms and conditions of this contract are not valid; and (8) this contract may only be amended, modified, or supplemented by an agreement in writing signed by each party hereto, and any of the terms thereof may be waived, only by a written document signed by each party to this contract or, in the case of waiver, by the party or parties waiving compliance.

Affirmation. By signing this contract, I am: (1) confirming that I have read, affirm, and fully understand the terms of this contract and that all of the information in this document is correct; (2) entering into a legal and binding contract with APA! that is binding upon my heirs, assigns, successors, and personal representatives; and (3) agreeing to comply with each of the requirements in this contract. 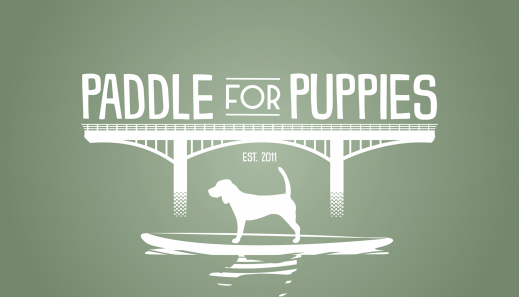 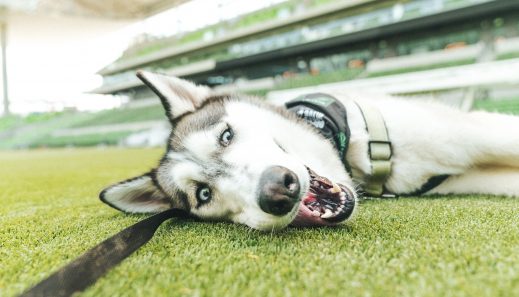 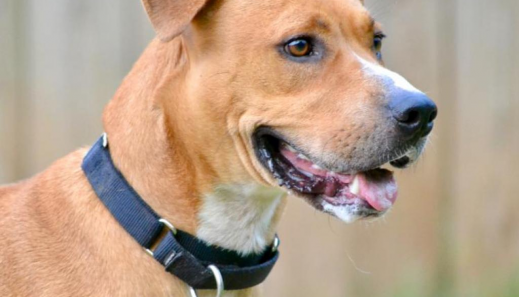 A letter from Dr. Jefferson on Zydeco