All About Colt - The Perfect Love Muffin 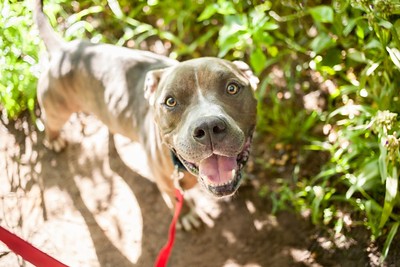 Back in February of 2016, Colt was removed from a very bad place as he was a part of a court case where his former owner was charged with cruelty. We here at Austin Pets Alive! know that past history does not define a dog and we see each dog as an individual. Colt has never shown any signs of his rough beginnings and he is the most loving and enjoyable pup there is!

Colt came to the shelter as an undernourished pup with big, sad eyes, just looking for a kind hand and an open heart. Well, that is exactly what he received from every single volunteer and staff member that encountered him. He stole the hearts of each person he met. He prefers the company of people over dogs and was pulled into APA!'s program to help him become the best dog he could be. 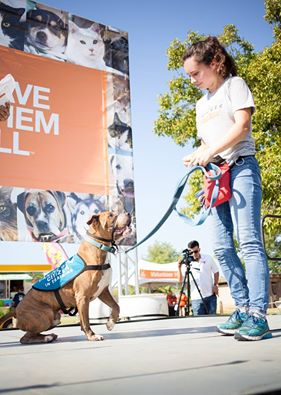 As he regained his strength and physique, he became quite the playful pup and would get a little riled up. This excited behavior was easily managed and he quickly came to the attention of Carrie, our Canine Good Citizen trainer and coordinator. Carrie taught colt how to play appropriately, how to master the sit, down, stay and coming when called commands and how to keep himself composed around other leashed dogs. Colt became such an expert that he is now Canine Good Citizen ready and is just waiting for his perfect human to come and learn all of his skills.

Colt has proven time and time again his absolute love of all people. Once he encountered a group of kids and he became a wriggling ball of love, gently licking their hands and leaning against their legs for pets. He didn't want to leave his new found friends! He seems crate and house trained on field trips and he sleeps through the night. Do you have a pet free home that's just waiting for the perfectest of all perfect love muffins to fill? Email [email protected] for more info!