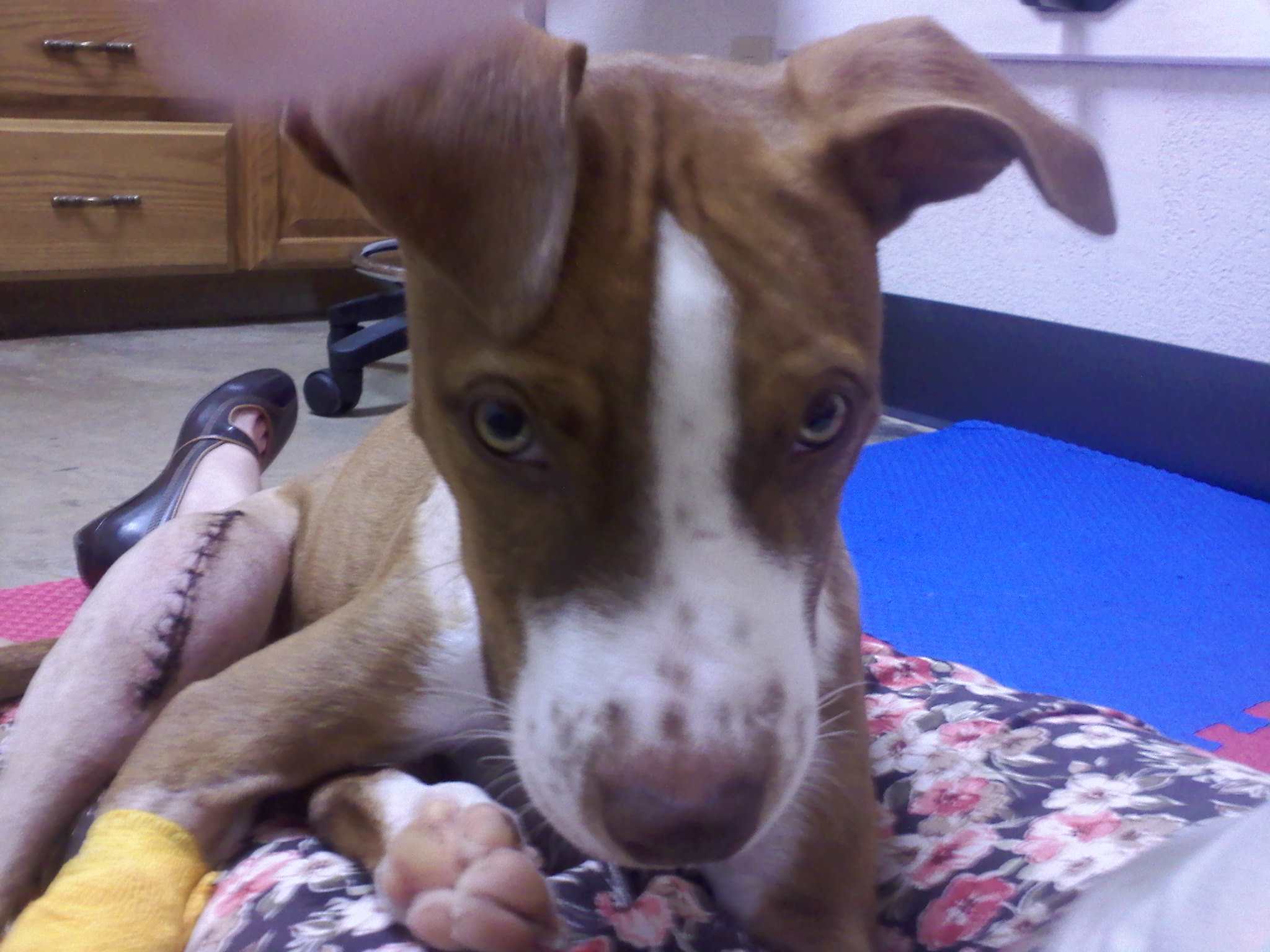 Monty had surgery on his second leg on Wednesday, which went well, and has already started physical therapy.  His foster mom has been doing exercises with him this weekend 3x per day and will be taking him to PT 4 times next week.  He was up and starting to use his worse leg right after that surgery, but strangely, he's still not really using the leg that seemed to have less damage.  He was not happy while doing PT on that leg.  But his foster reports that he loves the work on the bouncy ball and he is much less stiff after those sessions.

His back is quite hunched after all the walking around on his two front legs and the exercises are also helping that.  They plan to get him in the pool next week when his sutures are healed.

His foster is crazy about him and says he has an amazing personality.  He's incredibly happy and wants to be friends with everyone he meets.   Naming him after Monty Python's Flying Circus seems to have been appropriate in a couple of ways!

Right now, the hardest part about caring for him is trying to keep him calm.  As she's weaning him off of the pain medication, his energy level is increasing and this boy really has a zest for life.  He's already trying to run around on his three legs and jump in the air to catch bugs.

She says that he loves to lie on people or other dogs, which you can kind of see in this photo.  Her dog seems to like letting him lie on her.

We'll have more information at the end of the week when the physical therapist can assess his improvement with the intense PT.